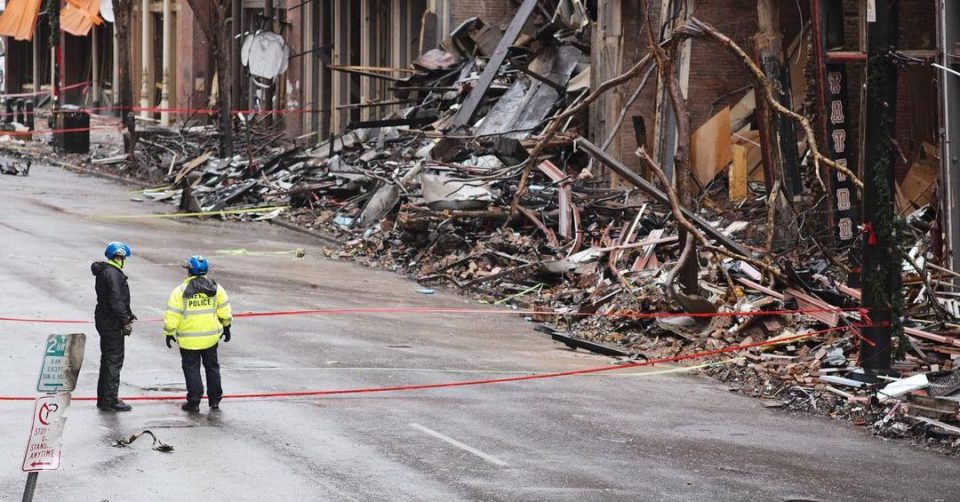 Seven buildings on downtown’s historic Second Avenue have been deemed unsafe to enter by Metro Codes, in the week of cleanup following the bomb that shook much of Nashville awake on Christmas morning. The Melting Pot, Rodizio Grill, Old Spaghetti Factory, Hooters, Nashville Wine and Spirits are some of the food and beverage-related businesses given the “unsafe” label, meaning no one is allowed to enter to salvage anything due to the severity of the damage.

Dozens of other businesses were damages sustained damage in the blast, but are considered safe for residents and business owners to return to grab belongings.

Metro Council members are due to receive another update from Mayor John Cooper regarding ongoing recovery efforts and the plan to get Second Avenue North up and running again following the Christmas morning explosion.