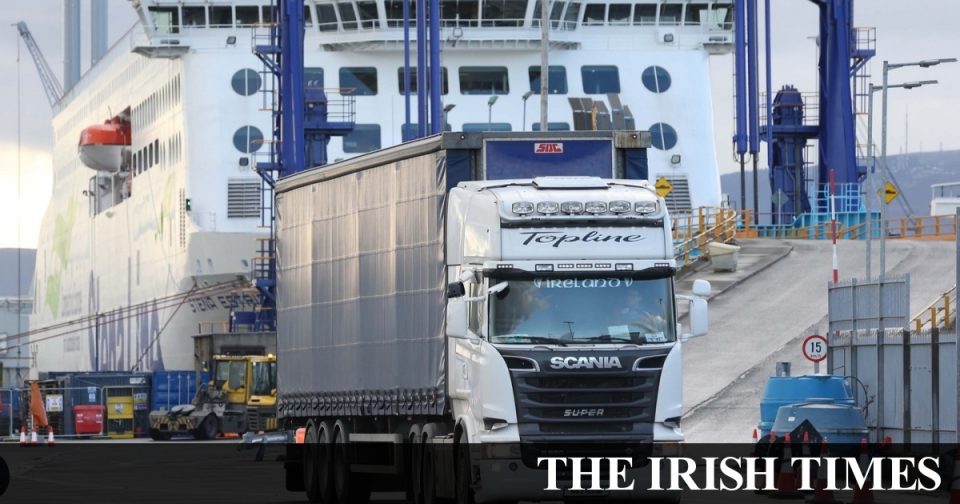 Businesses already struggling to cope with an economy-shuttering pandemic had to deal with the hard realities of Brexit for the first time last week as border controls came into effect.

An EU-UK trade deal was only reached on Christmas Eve and if the post-Brexit chaos of last week offers a suggestion for the future, it is that the agreement should be considered a work-in-progress to find ways to manage this new economic border. The new trade frontier on the Irish Sea caused havoc to an industry that was unprepared for the deluge of customs and regulatory paperwork enforced from day one. Had it not been for unusually low freight volumes, the fallout would have been far worse.

Still, major issues emerged that go beyond teething problems. British retailers have struggled to fill some Irish supermarket shelves. New charges appeared on online sales. Some EU businesses stopped selling into the UK, and some British businesses did the same. Tariffs were applied to food moving from one EU state to another as they passed through UK distribution hubs when the EU-UK trade deal guaranteed tariff-free trade. Parcel services stopped being delivered. Lorries could not move. Ferries were cancelled.

It is a hard fact for industry to accept that they must deal with a new western border to the EU single market running between Ireland and Britain but there are few places where there is as entwined a trading relationship as the food production and supply chain that straddles these islands.

The UK is phasing in its border controls over six months and the EU should consider something similar and may ultimately be forced to. The Revenue Commissioners had to relax some customs requirements last week in order to get goods moving because firms could not cope with the complexity of the new systems and procedures.

Against the backdrop of a global public health emergency, industry needs time to understand and manage the practical complexities of Brexit in operation. Politicians got extensions in the past to agree their Brexit deals. Businesses now need some flexibility of their own.

The Future of PC Innovation is Now NYSE:HPQ