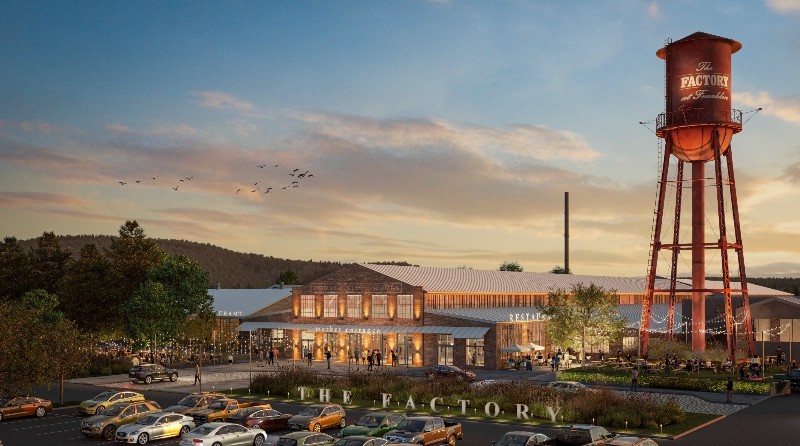 The Factory at Franklin announced in a release they have hired Franklin native, Carris Campbell, a historian who will be continuing her thesis research on the history and impact of 10 industrial buildings that make up The Factory.

“I grew up painting pottery, shopping, and eating at The Factory, and I wrote my master’s thesis on the impact it has had on our community,” said Campbell. “The Factory was integral economically when it opened and will continue to be socially integral in the future. It is an honor to learn and share its history.”

In October 2021, Holladay Properties purchased The Factory at Franklin, a former stove factory, for $56 million.

At that time, the developers said they are looking at this project like creating a little city – with plazas, courtyards, alleys, nooks, and other places to gather and socialize, or maybe to quietly collect yourself. They also plan to open up the space so visitors can see the bones of the structures and feel how the 10 buildings relate to each other to create a unique environment.  And they will activate the exterior. Not all of the action will be inside.

“The Factory serves as a public space that feels personal. It has been part of the Franklin community for nearly a century and will continue into the future.  As our team works to reimagine the historic structure, the building’s character will remain,” said Campbell.  “I’m excited that future visitors will know the richness of The Factory’s history even as it serves a new purpose.”

Built-in 1929, The Factory was originally constructed for stove manufacturer Allen Manufacturing Co. and was later home to a succession of manufacturers: Dortch Stove Works, Magic Chef, and Jamison Bedding Company. In 1997, the property was converted into a retail and entertainment complex.