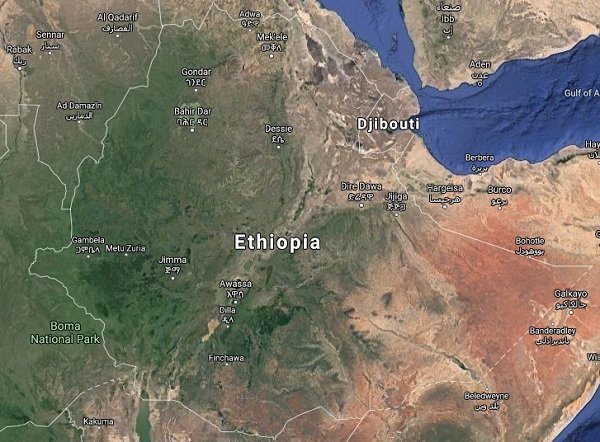 Editor’s note : The view reflected in the article reflects the views of the writer.

The nearly fifty years old natural disaster risk management in Ethiopia is like the Amharic saying “ከርሞ ጥጃ” or “አድሮ ቃርያ” (almost means perpetually infantile). The same thing happens again and again and again as if it is the first time disaster strikes. It is always a surprise and always crisis management. The lessons from past disasters are never learned exactly in the same way as lessons from past political mistakes are never learned. Do Ethiopians have short memories? Absolutely not! It is the officials who do have short memories. Ordinary people lose their livelihoods and the lives of their loved ones. They cannot afford the luxury of having short memories!!! The past has never been merciful to them; neither has the future given them any hope. Officials are least affected by disasters and little wonder that they can afford to have short memories, intentionally or unintentionally! Nothing personal happens to them that could become a constant reminder of past disasters.”Shoe-nail pinches the wearer”. The memories of ordinary victims of natural disasters are so fresh that they use the occurrence of disasters to calculate birth dates: year of drought; year of locust invasion; year of floods. The locust invasion of Mekelle town 60 years ago is still fresh in my mind. A huge swarm of locust spent the night on the branches of a large and beautiful “ፀሊም በርበረ” tree in my backyard. In the morning I was horrified to see, as a child, that the tree I loved was almost completely defoliated. I saw with my own eyes numerous carcass of animals lying in the Kobo Plains during the 1973 drought.

The fact that ordinary people have long memories about the deleterious impacts of past natural disasters is of no avail. They are the victims of problems not the problem solvers. From past experiences with disasters they know what the solutions are; but they don’t possess the tools and methods for that. The latter lie in the hands of the often reluctant and many times callous officials in the relevant sectoral institutions. It is logical and time tested fact that natural hazards do not turn into disasters if the exposed communities and ecosystems are resilient. Droughts and bushfires in Australia and USA; floods in Europe are natural hazards that do not turn into natural disasters as they do in Ethiopia. In the former, there is an inbuilt resilience of communities to natural hazards through many years of State intervention in prepardness and mitigation. The magic rule here is “Prevention is better than cure”. Preventing a natural hazard from turning into a natural disaster requires advanced early warning systems; reduction of the vulnerabilities of  communities, in the locations of frequent exposure, to the impacts; rehabilitation of the livelihoods and ecosystems for those impacts that were not avoidable.

In Ethiopia the tacitly agreed rule seems to be “cure is better than prevention”.  The healthcare system in Ethiopia has made its policy clear from the outset that priority is given to prevention. It is not the choice of the easier or the cheaper. Prevention in many cases requires more effort and finance than cure. The main reason why prevention is preferred is cure always has side effects which could cause permanent health problems. When one problems is cured another, may be, worse could be created. Chemicals in drugs are intrusive and alien to the chemistry of the human body. They can wreck havoc to the lasting healthy life of the patient.  In natural disaster risk management prevention is healthier both to human communities and the natural ecosystem which is the basic life support system. When drought strikes it kills crops and animals causing famine if adequate financial and asset base is not built in every household. Plants in the ecosystems may dry out exposing the soil to erosion when normal rain resumes. Worse still is a local hydrological imbalance will be created leading to gradual aridity and thus complete loss of livelihoods. Locust invasion does almost the same thing to ecosystems and livelihoods.

Drought cannot be prevented. It is an integral part of the natural global air circulation. One can only be prepared to prevent its adverse effects. Building water storage facilities, ecosystem and hydrological restorations; transforming farming into drought resistant systems; introducing alternative livelihood strategies that are least affected by the vagaries of climate.  Locust, floods and water hyacinth are preventable. It is a matter of dealing effectively with hazards at their sources. For locust the detection of breeding areas and for floods the management of hill slopes with potentially high runoff productivity. It is fruitless to buy one machine after the other to destroy water hyacinth over Lake Tana while the 15000 km square lake catchment pumps tons of silt and fertilizer residues every day of the year into the Lake. While land degradation and  urban impervious surface is expanding in the upper Awash, it is worthless to weep for the “unfortunate” Afars devastated by floods and supply them with relief aid. With such reactive measures their livelihoods will never return to the past let alone go forward.

Dealing with natural disasters in Ethiopia started with the Relief and Rehabilitation Commission (RRC), a reactive response to drought hazard, in the mid 70s. RRC depended on the “tears” of Commissioner Shimeles and the kindness of the West to survive and function. Since the RRC had fitted a “donor skeleton” rather than a home-grown capability to help it stand upright it was no match for the 1984 devastating drought-induced famine. Action number one of the EPRDF, as early as the years of the Transitional period, was the adoption of the first disaster risk management policy. Although the absolute number (not necessarily the proportion) of natural hazard victims has increased several fold during the EPRDF policy implementation years; no repeat of the past tragedies was seen. The reactive (relief) measures were more effective in spite of the overwhelming figures of the needy. However, since little prepardness and systematic resilience building is done for the inevitable next natural hazard, the cumulative vulnerability of communities resulted in increased number of victims and expanded geographical reach in every next cycle. In Ethiopia, when it comes to doing something more lasting,  there are more sticks than are used for beating. There was a policy already, which was “upgraded” into the 2013 Disaster Risk Management Policy. The institutional arrangement has also been experiencing instability due to changes from a Commission to Vice Ministry and back again to a Commission. Policies do not have pairs of hands. Changing them everytime there is failure in implementing them does not add any value. It only creates confusion and kills the morale of the employees. If policies fail it is the hands of the policy makers and implementers which may have become lame.  This may arise due to the lack of resources, but mainly because of the lack of willpower to devote time and energy for it. In addition to the elaborate institutional arrangement for disaster risk management, which is networked with sector ministries, agencies,  domestic and international NGOs,  and donors, human resources development at post graduate level, on Disaster Risk Management, has been launched in a few universities of Ethiopia.

Policies, institutions, and high level expertise becomes only a paper tiger if real action remains still primitive. It is the mentality of those involved that matters most for successful Disaster Risk Management. Disaster management is not a profit making endeavour; neither is it a political weapon. It requires the devotion of a missionary and the tender heart of an angel. If there is a satanic feeling that a natural hazard is hitting what is considered to be an enemy and the heart jumps with joy or turns blind eye to it, then this is a silent genocide not disaster management. The third same question was asked by reporters to authorities about the ongoing locust invasion in northern Ethiopia “Weren’t you warned about the locust hazard?” They answered “Yes, but…”; they were busy with political chess game and it was after the disaster struck that hazard response tools were ordered; “A port after the storm!”. Disaster risk management in Ethiopia is more experienced in, rather addicted to, taking the comparatively easier reactive actions to combat the impacts of natural hazards. It is easier for officials to beg for relief aid and distribute 15 kilograms of grain and a tiny jerrican of oil to victims rather than taking proactive measures that keep victims in their homes and farms which are much harder to do and require patience and self-sacrifice. The Ethiopian Disaster Risk Management System did not act  proactively by “locate and destroy” method at breeding sites although it was warned long enough before the disaster struck. It did not even act reactively by using effective technologies to chase the swarms of locust away. It seems to be waiting to do what it can do best: distribute relief to the victims once locust has finished the job of devastating crop fields. Reactive response limited to relief aid is like taking drugs to relieve pains. The pain comes back and you need more potent drugs. The more you take the more you need until you fall dead! Eliminating the source of pain must be the most effective remedy.

Join the conversation. Like borkena on Facebook and get Ethiopian News updates regularly. As well, you may get Ethiopia News by following us on twitter @zborkena

In The South, Boeing Battles Labor While Airbus Battles Boeing

Survival Tactics In The Brave New World of Global Partnerships