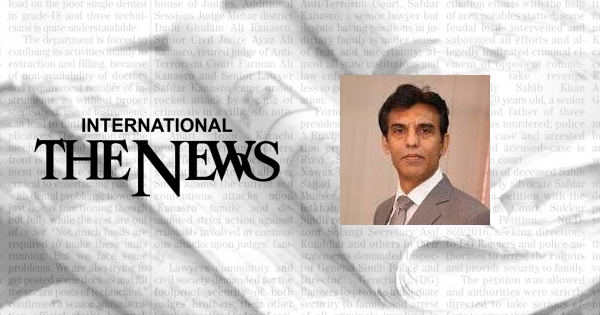 The long list of ‘immediate’ economic concerns has all but overridden the fact that this outgoing year was supposed to be the ‘year of the blue economy’. So, as 2020 is coming to a close, it is important to ask why a blue economy matters to Pakistan and what the country needs to do to use its blue resources for economic revival.

A blue economy related to the traditional ocean-related economic activities such as fisheries, tourism and maritime transport – and new and emerging opportunities such as offshore renewable energy, aquaculture, seabed extractive activities and marine-biotechnology etc. This latter set of activities certainly seems too fancy for us to tap in the short run but we are not putting even our traditional oceanic-linked resources to their best use.

Marine transport is the single largest component of Pakistan’s existing blue economy. It carries 95 percent of Pakistan’s external trade – as well as transit of goods to and from Afghanistan. Two state-sector port handling entities – the Port Qasim Authority and Karachi Port Trust – so far have an annual revenue of more than Rs20 billion. This can be increased manifold if we can connect our ports to the landlocked Central Asian States.

Is that connection even possible? After these states won independence with the collapse of Soviet Union in 1991, many in Pakistan thought we could serve as a conduit of trade for them – but the ceaseless conflict in Afghanistan has been a major stumbling block. The other major hurdle has been the lack of infrastructure needed to handle the cargo going to and coming from these states.

Even if we could magically manage to have all this infrastructure overnight, we cannot have profitable communication links with Central Asia unless we have the compatible rail gauge and custom arrangements.

We also need to improve the capacity of the Pakistan National Shipping Corporation (PNSC) which owns all the 11 ships registered in Pakistan. As of now, the PNSC handles only five percent of the cargo freight to and from Pakistan. Given that the total annual cost of the cargo freight coming to and leaving Pakistan stands at $5 billion, Pakistan-registered ships are earning only $0.25 billion of this amount. Without increasing the PNSC’s capacity, therefore, most of the benefits of an increased transit trade passing through Pakistan will accrue to foreign sea-liners.

In a welcome step, however, the Ministry of Maritime Affairs (MOMA) has recently announced a new shipping policy, offering generous tax breaks and privileges to investors who register their ships in Pakistani. The policy is yet to show results but its medium-to-long term goal should be to retrieve a large part of the freight costs being earned by foreign sea-liners from Pakistani ports.

Pakistan also under-utilizes its 1000-kilometer long coast – most of which lies in a pristine state in Balochistan. Whereas the coast east of Karachi is deltaic and, therefore, is unsuitable for luxury sea cruises, the coast in Balochistan has a lot of potential in this regard. The four major hurdles that stand in the way of any progress in this regard are: i) a low-intensity but persisting insurgency in parts of southern Balochistan; ii) the resentment among the Baloch population over centrally-controlled development; iii) reluctance among the provincial bureaucracy to carry out any meaningful developmental project, partly due to political pressure and partly due to lack of capacities; and iv) the absence of a tourism infrastructure.

The last of these has been partly addressed with the construction of the Makran Coastal Highway. But a lot more needs to be done. The second and the first are closely connected: if Islamabad can ensure that the Baloch have the final word on any development taking place in their native areas then, of course, the insurgency will eventually die down. This would in turn enable the provincial government to focus on coastal development.

This, admittedly, is easier said than done. Devising an inclusive, participatory and people-first model of development is something that successive federal governments have persistently failed to achieve. If Pakistan can jump over this hurdle without getting hurt in the process, imagine the revenue that coastal resorts and domestic cruise ship travel can bring. Also imagine the revenue that can be earned by allowing the private sector to run domestic and international cruise ships – just like the ones we used for ferrying pilgrims to Saudi Arabia before the 1990s.

Gwadar also has the potential to be a center for refueling /bunkering, transshipment, ship repair and ship building as it is almost equidistant from the Suez Canal and the Straits of Malacca – two highly busy shipping lanes. It is also located right next to one of the busiest sea trade routes in the world. One, however, really wonders as to why has Gwadar failed to realize its multiple potentials.

Here is a possible explanation. The Gwadar Port was completed and first leased out to a Singaporean company in 2007 (and later to a Chinese one in 2013). For six years, it was not connected to mainland Pakistan. Now, however, that problem has been addressed thanks to the Makran Coastal Highway and the road network built under CPEC.

Pakistan has also provided land for a free trade zone (FTZ) in Gwadar to Chinese port operators who, in the first phase, are developing an FTZ on 60 acres. In the second phase, the FTZ is to be expanded to another 2260 acres but this phase was conditional upon Pakistan fulfilling certain obligations – such giving the Chinese company the right to construct a road that links the FTZ with the Makran Coastal Highway and the Gwadar new airport, and to exempt the FTZ from customs, income tax and sales tax till 2040.

The latter exemption has been allowed finally in 2020 – after a delay of seven long years. The construction of the road has also been given a go-ahead recently. The delay in fulfilling these obligations has had the inevitable impact – a delay in construction of the FTZ. Our policymakers needed to understand that no new ports in the world have succeeded without having an FTZ of their own.

Likewise, even though the port was ready 13 years ago, Pakistan has not decided even now whether it is meant for its own foreign trade or if it will be used as a transshipment port – one that connects trading countries in different parts of the world just as Dubai Port does. In any case, it cannot but be a transshipment port for now because it is situated in an economically isolated region which has no manufacturing activity of its own.

But, worryingly, Pakistan has had no transshipment policy until a few months ago when MOMA finally came up with a draft. Similarly, the Ministry of Commerce and the FBR have still not allowed de-stuffing and cross-stuffing – shifting of cargo from one container to another – which attract shipping lines and are necessary for the success of now ports.

The details of Pakistan’s missing preparedness for a blue economy in general and for the success of the Gwadar Port in particular are pretty long but perhaps a couple more examples will illustrate this point clearly.

The electricity that powers Gwadar comes from Iran but it is neither sufficient nor commercially viable for meeting the rising demand in and around Gwadar. On the other hand, Nepra is yet to approve the tariff for two power plants of 330MW each to be installed by a Chinese company in Gwadar.

The delay in completion of the FTZ due to our negligence has put us in a vicious cycle. Tariffs cannot be approved to Chinese generators because once it is approved, a Chinese company would take two years to install a 330MW power plant. As the FTZ is nonfunctional, we would have to pay capacity payment charges to the company for not using the electricity. On the other hand, without this electricity, the FTZ will not kick-off.

The success of the Gwadar Port, similarly, depends upon the construction of breakwater (a structure needed to protect an anchorage from the effects of both rough weather and longshore drift). This is estimated to cost Rs35 billion. The port also needs dredging (removal of mud, sediments etc) which is estimated to cost another Rs2.5 billion. Pakistan has not yet decided how to fund these activities – through a public sector development program, through a joint venture with the Chinese company that is running the port or through a joint venture with another party. The delay in making this decision, in the meanwhile, is causing a delay in the port becoming fully operational.

Credit should be given to MOMA for doing its bit. However, the ‘year of the blue economy’ would certainly have been more meaningful if we could have accomplished some of these tasks in 2020.

Ford’s Silverton Factory In South Africa Is Getting A Massive 13.5 MW Of Solar PV

Coronavirus and globalisation: the surprising resilience of container shipping