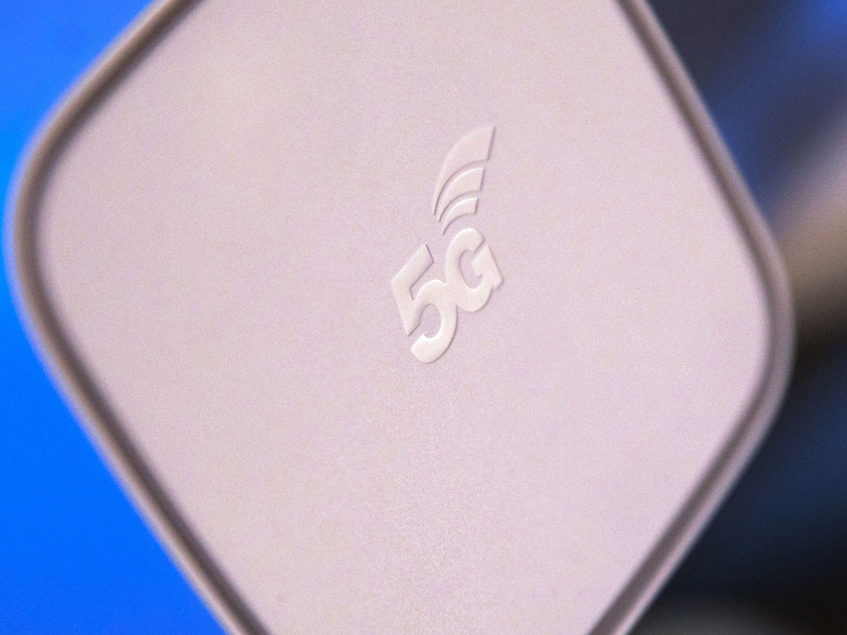 5G technology is here for some users, and just around the corner for many more. But this latest advance in wireless connectivity promises to have a far greater impact on a wide range of industries than just increased bandwidth. In this conversation with SupplyChainBrain Editor-in-Chief Bob Bowman, Mike Jette, vice president of procurement and supply-chain software provider GEP, discusses the true potential of 5G, as well as the possible roadblocks to its full implementation.

SCB: What actual and potential bottlenecks do you see in the supply chain for 5G equipment?

Jette: There’s been a storm brewing, and it’s gotten a lot more complex over the last six to eight months. With the 5G market, you have five major players that are responsible for probably 95% of the market share, and there’s tremendous demand in the sector. In the last eight months, we’ve had COVID-19 disrupting manufacturers and their component supply chains. Secondly, there’s a more aggressive stance toward the Chinese manufacturers, particularly Huawei and ZTE, who represent about 50% of the global market. They’ve really never been able to sell into the U.S. or North America, but European countries are increasingly thinking about whether they’ll continue to deploy gear from those companies. So you have a major source of supply dropping out — that’s a big change.

The other change is a general shift in supply chains. U.S. and European manufacturers have been asking traditional providers like Nokia and Ericsson to move some of their supply chains closer to where they deploy. If you’re talking about North America, that might be Mexico. Those companies, which are the non-China options, already had a fair amount of flux in their supply chains. If you take all those factors together at once, you’re looking at a growing storm of supply-chain uncertainty for the 5G manufacturers, and also for the companies that need to buy 5G.

SCB: Of those five market leaders, is Samsung the fifth?

Jette: Yes. Samsung is a company that’s going to be a bit of a winner in some of the turmoil. There aren’t the concerns about the Chinese manufacturers with Samsung. It’s smaller than Nokia and Ericsson in terms of deployed footprint, but could gain market share. It also has the advantage of being a bit more vertically integrated than some of its competitors, whether it’s chip sets or other componentry that’s going into 5G gear. That will help it become a more reliable source of supply. Verizon just announced a six-and-a-half billion-dollar deal with Samsung to deploy 5G, so the consensus is that they probably will be picking up market share in the quarters to come.

SCB: And there’s another possible alternative from India?

Jette: Yes. There’s tremendous demand and growth, so you have a market that needs new options. Reliance Communications, which is one of the largest telecoms in India, has announced its intent to get into the market for manufacturing 5G gear and the associated software to do deployments. Typically, that’s a 12-, 18-, or 24-month cycle for people to qualify, make a buy decision and put it into their networks. But people are very eager to see some new options out there, and I think it will get a very serious evaluation, maybe a lot more so than it would have back in 2019.

SCB: Some countries have joined the United States in its ban on Huawei and ZTE and others have not. What is the general attitude of the rest of the world toward Chinese 5G technology?

Jette: There’s a momentum to move away from the Chinese manufacturers, given some of the concerns about security and bilateral intellectual property protection. Some countries in Europe are being a little more aggressive about taking a stand, saying, “We don’t want to deploy any further,” and other countries are neutral, like Germany. A lot of it has to do with how invested they already are with those manufacturers. The challenge with 5G gear is it’s not like a laptop computer, where I was buying Dells one day then switch over to Lenovos the next, and my company will be fine. These are integrated systems that work together. There are different technologies and standards, so it’s not mix and match.

SCB: Is there something about 5G that’s especially transformative, or is it just a rerun of the same situation we see every time there’s a new generation of wireless connectivity in the marketplace?

Jette: There are probably some lessons from the move from 3G to 4G, but the investments for this evolution of technology are more significant. Because of differences in underlying technology architectures, if you’re going with the approach of Ericsson or Nokia, people need to pick a swim lane and go with it. Looking back to the transition to 4G, you certainly wouldn’t have seen 50% of the global market share being owned by Chinese manufacturers. Considering their current dominance and all of the concerns around security, the political back and forth, and tariff uncertainties, it’s more complicated.

SCB: How might potential glitches in 5G supply chains impact adoption of the technology?

Jette: The biggest thing is how quickly carriers will be able to deploy. When you see advertisements on TV or in print media about how the carriers are competing, it’s largely about the pace and the sexiness of their 5G networks, and their deployment status. To the extent one carrier has a more reliable supply chain, it’s better able to deliver against the deployment plans they’ve committed to, both for consumers and Wall Street. That’s a real potential competitive advantage, but if you trip and fall down, the opposite is true. This isn’t just a logistics issue for carriers; it’s a core competitive concern. How well they’re managing their supply chains and partnerships is going to play into how successful they are over the next three to four years.

SCB: What do you see as the potential extended impact of 5G beyond tech, telecom and content companies? What might be the broader impact of a slowdown or a glitch in 5G adoption?

Jette: A lot of the promise of 5G is in broader use cases. Going from 3G to 4G, that was pretty much a wireless carrier phenomenon — there weren’t any broader applications, other than now I can stream video and music to my phone. I like it, but it’s not world-changing. With the bandwidth and reduced latency of 5G, you have possible use cases for healthcare providers, autonomous vehicles, and infrastructure companies managing their own asset. Those are all being discussed as this technology becomes available. They’ll be delayed because the carriers will get first bite, but if we can’t deliver in the 5G supply chain for those additional cases, beyond just increased bandwidth for telecom consumption, they’ll be pushed out a couple of years. And that would be a shame, because that’s the most exciting aspect of 5G.