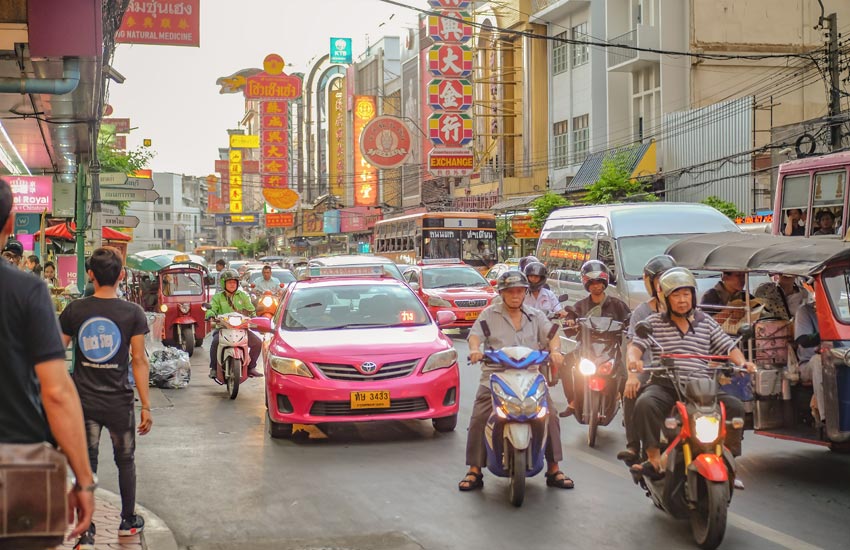 Yesterday, Thailand’s Ministry of Finance announced three blockchain projects spearheaded by four agencies and in co-operation with Krung Thai Bank. The ministry has signed agreements to develop the initiatives and boost efficiency through the digitalization of processes.

The first project is for issuing value-added tax (VAT) refunds for tourists. According to the ministry, at least 2 million foreign tourists purchase goods and services in Thailand, amounting to about 50 billion baht ($1.66 billion) per year. On average, 200,000 tourists claim VAT refunds every month. Seventy percent come from China and usually do not hold cash.

The country’s Revenue Departments, Customs Department and Krung Thai Bank are developing a blockchain mobile application for tourists to apply for refunds. The goal is to increase transparency, security and prevent fake refund claims. It will also help streamline government operations by reducing paper-based documentation.

The ministry said the project has already been trialed and will be officially launched at the end of this month. It claims the VAT refund process will take much lesser time than the current process which takes about two months. The move is significant as tourism is one of the significant contributors to the country’s GDP.

The second project is for government procurement of goods. The ministry is using blockchain for guarantees, to reduce collateral checks of entrepreneurs and boost the economy. To become a government supplier, it’s necessary to provide a guarantee such as for a performance bond or a bid bond. Hence the need for collateral checks.

Another aspect is credit scoring and confirmation for businesses to work with the government, which will be provided by Krung Thai Bank. That’s needed at scale because just in 2019 the government has procured more than 3.6 million projects involving 270,000 suppliers.

The third project is for issuance of scripless savings bonds over a blockchain. The project aims to reduce the issuance time from 15 days to two days. In the future, it will also explore secondary market trading. Another aspect is increasing accessibility to bond issuances and management of portfolios using blockchain applications. This project is being run by the Public Debt Management Office, with a launch scheduled in May 2020.

The Thai government has been actively exploring blockchain applications for several processes. Earlier this year, the Bank of Thailand announced the results of a proof of concept for a wholesale Central Bank Digital Currency (CBDC). HSBC, Standard Chartered, Bangkok Bank, Krung Thai Bank, Bank of Ayudhya, Kasikornbank, Siam Commercial Bank and Thanachart were the participants in this trial.

A few months ago, the Thailand Customs Department joined logistics blockchain platform TradeLens developed by IBM and Maersk. Meanwhile, the Stock Exchange of Thailand is working on a blockchain digital asset platform which it plans to roll out in 2020.

SEC Proposes Rules to Improve Risk Management in Clearance and Settlement and to Facilitate Additional Central Clearing for the U.S. Treasury Market | Goodwin

Coronavirus hospitals are being set up on soccer fields, in state park cabins, and converted convention centers