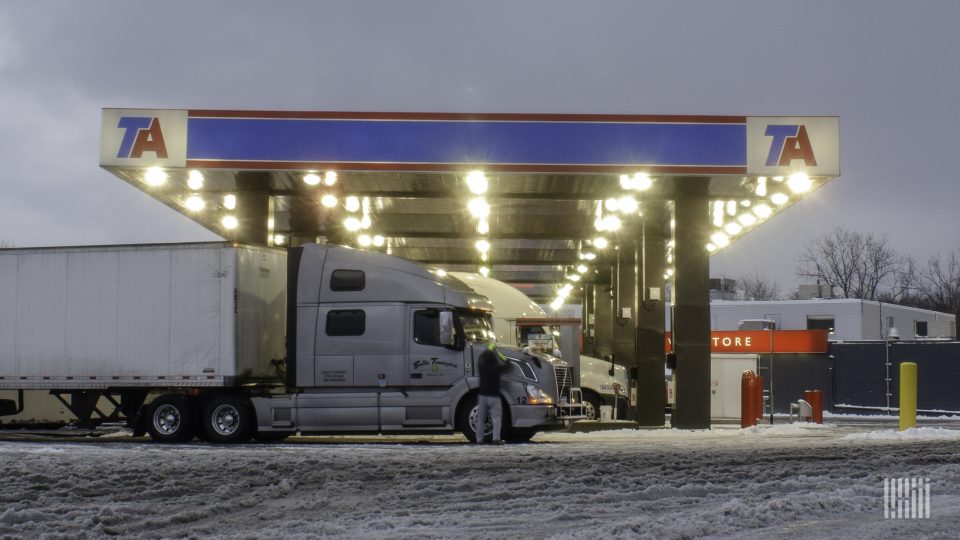 A fast-moving storm system will move across Texas late this weekend, producing a band of snow from portions of eastern New Mexico into the Lone Star State. With cold air already in place, much of the precipitation will be snow. But in some places precipitation will change from rain to sleet and then snow, or remain a mixture. The most likely impact zone will be from the Panhandle to Dallas-Fort Worth and the Texas-Arkansas border.

Based on the most recent computer models Friday morning, the bulk of the impact zone will receive anywhere from 2 to 6 inches of snowfall. However, pockets of 7 to 9 inches could pile up within the core of the heaviest snow band. What makes this situation somewhat noteworthy is these are areas that don’t often see this much snow, increasing the impact of the storm.

Although truckers are not required by law to use chains in Texas, they are permitted in this situation. Look here for tips on how to make chaining up easier.

One silver lining — winds will not be a major issue with the impending storm. Whiteout conditions are unlikely, but some areas of blowing snow and reduced visibility are possible. Conditions will then improve from west to east across the zone Sunday night and Monday.

Major interstates on which drivers may run into roadblocks include I-40, I-20, I-35, I-45 and I-30. Impacts include potential delays of 12 to 24 hours. The largest cities where drivers may have issues include Amarillo, Lubbock, Abilene, Waco and Dallas-Fort Worth.

Keep in mind that the forecast could change depending on the actual track of the storm heading into Saturday. Look for updates on the FreightWaves website and social media accounts.

Other areas of snowfall

Another snowstorm will slam the Northwest mountains Friday. Some high elevations of the Cascades and northern Rockies could see up to another 12 inches of snowfall, with totals over the past week to 10 days totaling in excess of 48 inches. Look for more potential issues for truckers on I-90 and U.S. Highway 2. This is the storm that will impact Texas over the weekend.

Heavy snowfall continues Friday across the southern Appalachians, from eastern Tennessee to North Carolina and southern Virginia. This storm will fade Friday night as it moves out to sea over the Atlantic.