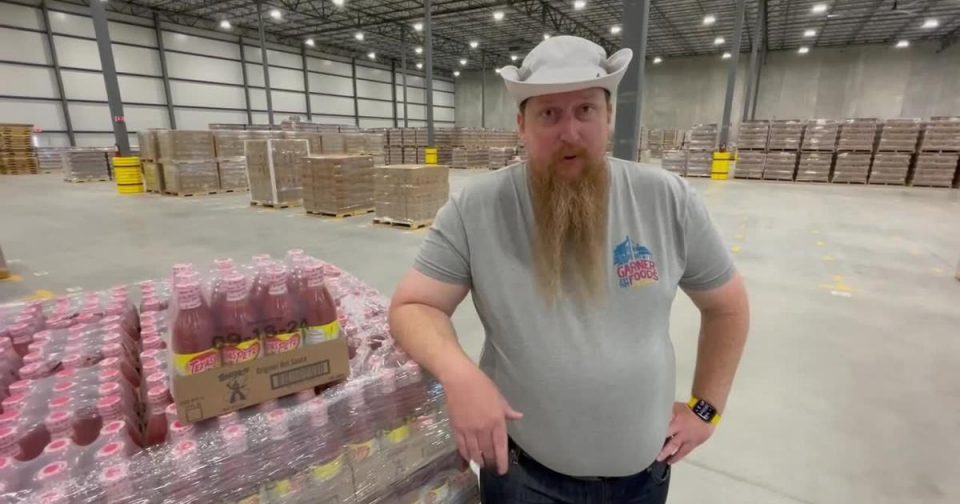 TW Garner Foods Co. showed off Tuesday a $20 million investment that not only represents a new distribution and warehouse center, but also deepens the company’s Winston-Salem roots.

Garner, the maker of Texas Pete hot sauce, Green Mountain Gringo and other products, bought a 31-acre site at 4729 Lansing Drive from Forsyth County in 2021. The site, north of Smith Reynolds Airport, had served as the maintenance headquarters of Winston-Salem/Forsyth County Schools.

Garner also owns a plant at 4045 Indiana Ave., a building off North Point Boulevard and a 14,500-square-foot headquarters in the Nash-Bolich building on Fourth Street in downtown Winston-Salem.

Tuesday’s ribbon-cutting event on Lansing Drive was the culmination of what Garner officials describe as two years’ worth of planning and development.

“This is a huge step forward in helping us build our product inventories and improve material handling efficiencies to help position Garner Foods to meet the growing demands of our customers,” said Ann Garner Riddle, the company’s chief executive and president.

Garner said the facility will provide “much-needed expansion and improvements” to Garner Foods’ product warehousing and distribution given the company “has enjoyed historic growth in demand for both its Texas Pete and Green Mountain Gringo lines of products.”

“Our investment in the future of our company is a direct result of the loyalty and commitment our customers and employees have demonstrated for our products over the years,” Riddle said.

Heyward Garner, chief operating officer of Garner, said the renovations to the facility will enable the company “to operate more efficiently than any of our other facilities.”

“As for sustainability, the new building allows us greater flexibility in material handling, which reduces the amount of touch points we have with our raw materials and finished goods.”

Heyward said the company is pleased that the facility is contributing to expanding the city’s tax base.

“We will be expanding our distribution and material handling footprint, which will bring new training and potential job opportunities to our community,” Garner said.

Mark Owens, president and chief executive of Greater Winston-Salem Inc., has said he has been assured by Garner that it remains committed to its downtown headquarters and would not be moving it from downtown.

“Garner Foods has a rich legacy here in Winston-Salem, and I am glad to see it continue to grow,” Owens said. “It is exciting to see the new building with its capacity to expand operations and know that the community has supported this business for nearly 100 years, and vice versa. I appreciate Garner Foods’ continued investment here.”

When Garner moved downtown in 2016, the company made it clear it wanted to raise its culinary-arts profile.

Because the company’s proposed new site is near the airport, arranging the sale required the approval of both the Federal Aviation Administration and the N.C. Transportation Department.

Front Street Capital, a Winston-Salem company involved in commercial real-estate investment, put together the deal, which would include paying Forsyth County $1.55 million for the property.

The business news you need

Get the latest local business news delivered FREE to your inbox weekly.