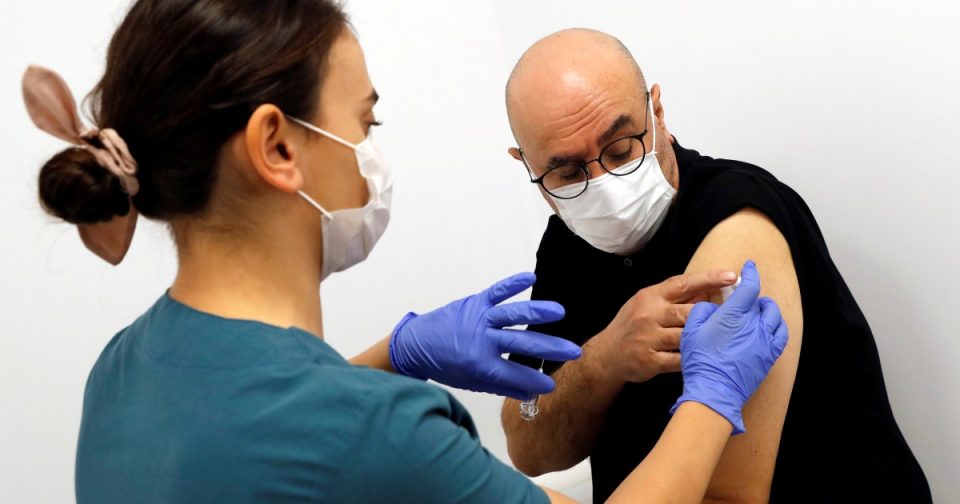 MONDAY on “The Source” — Doses of the COVID-19 vaccine were already in short supply and now even more people are eligible to get inoculated. Available slots fill up soon after they’re announced, but logistical hurdles have impeded efforts and caused confusion in communities across Texas.

According to the state health agency’s online dashboard, Texas had only administered about 35% of its 1.3 million available doses as of Jan. 7.

According to San Antonio leaders, approximately 60 percent of area residents — about 1 million people — are eligible for vaccination in phases 1A and 1B, but the health department had only received 50,000 doses as of last week.

More than 39,000 have received a first shot and are awaiting the second dose, which is necessary for full protection against COVID-19.

About 200,000 more doses are expected to arrive in the state this week, with most going to large “vaccination hubs” capable of inoculating up to 100,000 people.

The Alamodome will serve as a mass vaccination site in San Antonio and is expected to administer up to 1,500 doses per day starting Monday. City officials announced plans Friday afternoon and all available slots were filled in a matter of minutes.

What’s the latest on state and local vaccination rollouts? Have distribution issues been rehabbed? Are there other significant challenges?

How long is the full rollout now expected to take? How many people need to get vaccinated for it to be effective?

*This interview will be recorded on Monday, January 11.

Once again, job losses fall unequally across the US economy

No to NID taking over our electrical distribution lines – Auburn Journal