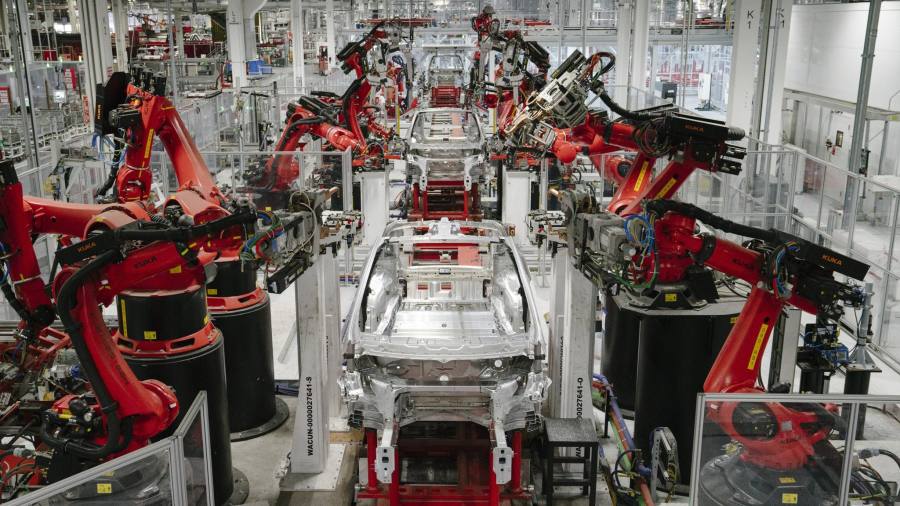 Mr Musk didn’t pull any punches when explaining why the US-based company was putting its plant in Germany rather than Britain: “Brexit made it too risky to put a gigafactory in the UK.”

One day after Tesla’s announcement, UK prime minister Boris Johnson made his first big campaign speech ahead of the December 12 general election — on green investment and electric vehicles. He did not mention the Tesla decision.

A brand new factory with state-of-the-art technology needs access to the EU’s single market and customs union. Manufacturers need to know they can count on just-in-time supply chains to create their products — and they prefer tariff-free access to one of the world’s largest markets. It’s hardly surprising that Mr Musk sees no sense in building his plant in a country soon to be locked out of all of that.

Mr Johnson’s super-hard Brexit plan would see new trade barriers with our European partners. This will drive down already stagnant business investment, which has stalled since 2015. By requiring extra form-filling at the UK border, the Conservatives would introduce the biggest one-off increase in red-tape costs of modern times.

So let’s think of the alternatives. The UK’s green economy has been growing steadily. As part of the coalition government from 2010 to 2015, Liberal Democrat energy ministers — including me — oversaw the country’s renewable power revolution, attracting huge private investment and building our world-beating offshore wind industry.

Rather than interminable wrangling over Brexit, we should be building on our successes and taking Britain to the forefront of the low-carbon revolution again. The UK could have been the first port of call for investments like Tesla’s factory. We could be encouraging the growth of world-leading innovation in climate technologies such as carbon capture and storage, tidal power and hydrogen fuel. We could become the green finance capital of the world.

Yet a hard Brexit threatens all that.

Instead of indulging in the greatest act of national self-immolation in recent times, Britain can and should be a global economic leader — not least in vital future climate technologies. UK low-carbon businesses already have a combined turnover of £44.5bn and directly employ 209,500 people.

The opportunity and the need to increase these numbers are huge. Yet Labour’s plans for renationalising energy suppliers and networks would be nothing short of disastrous for Britain’s climate change policies, not to mention the wider economy. Even though the party now says it plans to delay energy renationalisation for a few years, that would only add to the uncertainty already blighting investment in the country’s green industries for a decade or more. We cannot risk turning the climate emergency into climate catastrophe.

Britain needs a strong pro-European, pro-business, pro-climate action party — capable of both stopping Brexit and thwarting the threat, albeit remote, of Corbynista economics. The Liberal Democrats have been engaging with business and finance on how to develop the green power, heat and transport businesses of the future, as well as broader issues of responsible capitalism.

We must take seriously Mr Musk’s announcement. He’s the canary in the coal mine for green business’s investment in the UK — letting us know that Brexit will not only stifle our ability to invest, but also destroy any chance we have of leading the world in the next big industrial revolution. The time is now for green innovation — and for that we need to remain at the heart of Europe, with the climate emergency at the forefront of our minds.

The writer is the deputy leader of the Liberal Democrat party

Industrials Down,. But Not By Much, After Strong Factory Data — Industrials Roundup

How Shell lost control of its $24B Prelude floating gas factory