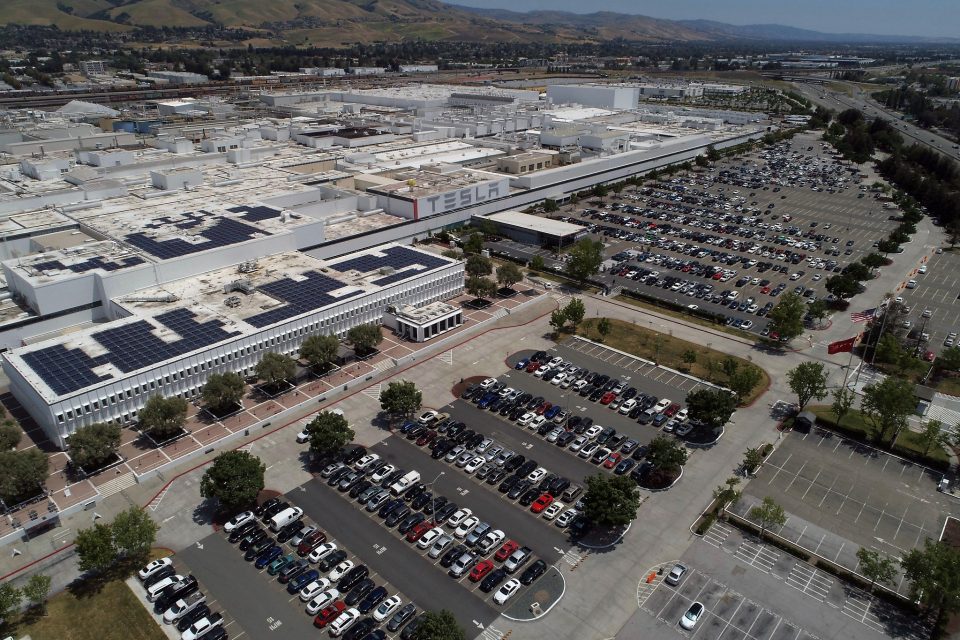 Electric car maker Tesla told some employees at its Fremont plant they will be required to come to work starting Friday, despite ongoing concerns about the coronavirus.

The plant restarted its production lines last week, before Alameda County gave the company formal sanction under local health orders. At the time, Tesla managers told workers worried about contracting the virus they could stay home without pay.

County officials agreed over the weekend to allow the plant to reopen with more safety gear, revamped cleaning procedures and other measures.

Employees working from home will continue to do so but production workers are required to come to work starting Friday, according to an internal email from human resources executive Valerie Workman obtained by The Chronicle.

Workman wrote that employees worried about exposing those they live with to the virus could remain home until the end of the month without pay and would need to sign a document confirming they live with a person vulnerable to the virus.

The email did not specify what would happen if an employee was still concerned about exposing someone they live with to the virus after May 31.

Tesla did not respond to an emailed request for comment asking for further details about the new policies.

The email from Workman also said employees under company- or doctor-ordered quarantine, or those who have COVID-19 symptoms or have tested positive for the coronavirus, should remain home and will be contacted by the company about pay and benefits.

Some workers are receiving increased pay through the end of the month “in appreciation for your work during the challenging time,” Workman said.

Last month the company announced a round of cost-cutting measures, with executives and supervisors taking pay cuts. One employee at the plant said hourly employees are receiving a 25% increase in pay, while some supervisors continue to draw salaries that were cut 10%. Some supervisors work alongside employees building cars on the production line and put themselves at the same risk of infection, the employee said.

The Chronicle agreed to grant the employee anonymity under its anonymous source policy because the person was not authorized to discuss plant operations and faced a reasonable fear of retaliation by Tesla for speaking to the media.

The company released a plan for revamping its safety measures, including providing protective equipment, conducting temperature checks and enforcing distancing in the factory, over the second weekend in May.

The Chronicle previously reported that Tesla had begun preparing to restart some car production in Fremont in violation of local shelter-in-place orders as early as May 6.

Even as county officials and Tesla executives said they were in negotiations to get a safety plan approved and reopen the plant with approval from local authorities around May 18, CEO Elon Musk announced on Twitter the factory would open ahead of that schedule. The company sued the county in federal court, arguing that looser state rules allowing some manufacturing applied. The state rules cited by Tesla said that counties could impose stricter rules.

That suit was dropped Wednesday by Tesla.

The Chronicle strives to attribute all information we report to credible, reliable, identifiable sources. Presenting information from an anonymous source occurs extremely rarely, and only when that information is considered crucially important and all other on-the-record options have been exhausted. In such cases, The Chronicle has complete knowledge of the unnamed person’s identity and of how that person is in position to know the information. The Chronicle’s detailed policy governing the use of such sources, including the use of pseudonyms, is available on sfchronicle.com.