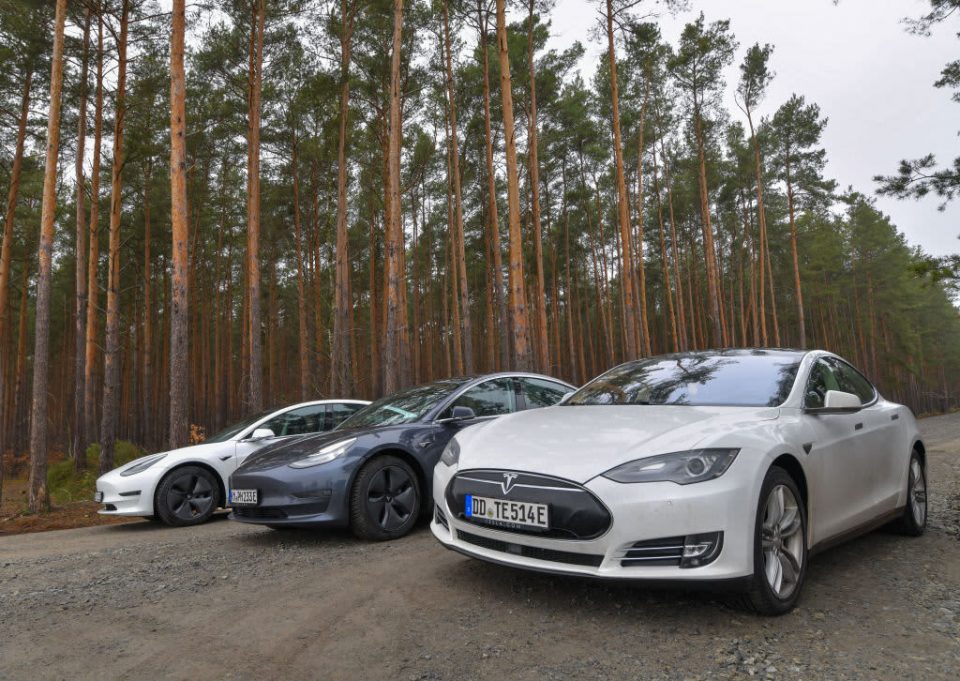 25 January 2020, Brandenburg, Grünheide: Tesla electric vehicles stand on a road on the edge of a forest where the construction of a Tesla factory is planned.

Tesla has been clearing a pine forest to build its first European factory in Brandenburg, Germany. Now, a German environmental authority has ordered the electric car company to suspend that activity until it can prove the action won’t harm hibernating snakes and lizards in the area.

The delay was a second win for environmental groups in Germany. Earlier, Tesla capitulated to activists’ demands and agreed to cut water consumption at their new plant by more than a third.

Delays in factory construction could push Tesla’s start of production in Europe later into next year or beyond. The company was aiming to produce its electric vehicles locally in Germany by July 2021.

Time is of the essence for Tesla in Europe — automakers in the region, including Volkswagen AG, and Audi, are now selling battery electric vehicles that compete with Tesla’s most popular models, including the VW ID.3 and Audi Etron.

While Tesla was able to build a new vehicle assembly plant in Shanghai in less than a year, the company faces a stricter regulatory environment in Germany. It has had broad political support in Germany, but faced significant push back from environmental activists concerned about the factory’s water consumption, and impact on the ecosystem in Brandenburg. It also faces demands of the German auto workers’ labor union, the 2.3 million-member IG Metall.

In November 2019, when CEO Elon Musk announced plans to build a car plant in Germany, he lauded German engineering. At that time, Musk said, “Everyone knows that German engineering is outstanding, for sure. That’s part of the reason why we are locating our Gigafactory Europe in Germany. We are also going to create an engineering and design center in Berlin, because Berlin has some of the best art in the world.”

On Tuesday, Tesla said in regulatory filings that it is raising up to $5 billion in its third at-the-market offering of 2020, in part to support its expansion plans.

During a third-quarter earnings call, Tesla CFO Zachary Kirkhorn advised investors of increased spending over the next two years. He said, “Looking forward to 2021 and 2022, we have revised up our expectations for capital spending by $2 billion to $2.5 billion, which we have ample liquidity and expected cash flows to fund. This is driven by an increase in in-store scope for certain factories, including battery cell manufacturing, as well as investments to enable greater capacity expansion in the future.’