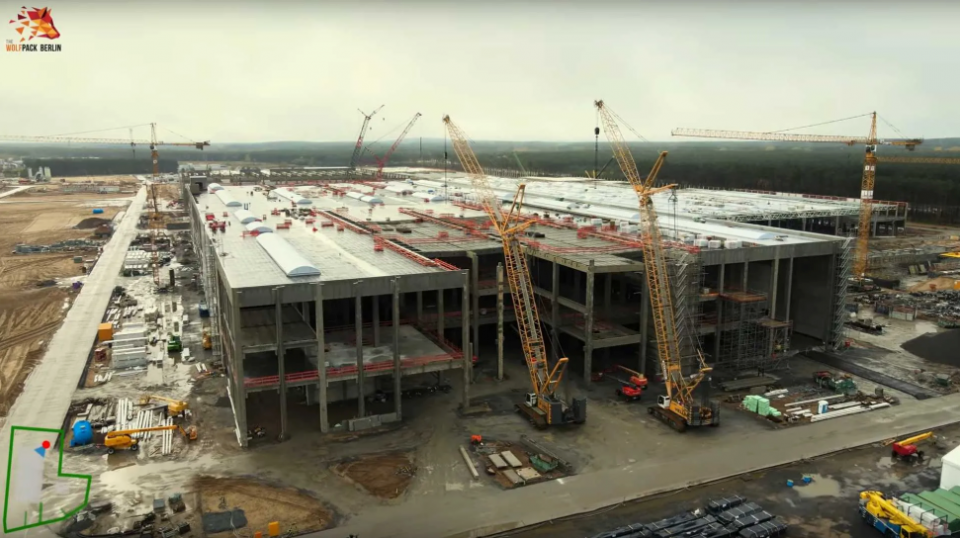 Tesla will produce the Model Y crossover with its upcoming 4680 cells and a structural battery pack at Giga-Berlin.

As Tesla works to ramp up pilot production of battery cells on a small scale in Fremont, California, it’s also looking at the much larger picture in Germany. According to a report on Electrek, the Silicon Valley automaker has already started hiring for its first “full-scale” battery production factory, which will be located at the company’s upcoming Gigafactory near Berlin, Germany.

Tesla has put together an in-house battery design and production center near its Fremont factory. As we previously reported, it appears there is a lot of activity at the “Roadrunner” facility. The goal is to produce Tesla’s new 4680 battery cells, which the company revealed at its Battery Day event a few months ago.

Now, according to sources familiar with the matter, Tesla is said to be making plans to implement such a facility at a much larger scale at Gigafactories in Berlin, China, and Texas. Reports point to the battery factory in Berlin being the first to launch. While we have no way of knowing for sure exactly how this will all play out, Tesla is already hiring for the upcoming project.

In addition to this report, Tesla CEO Elon Musk recently tweeted that he’s looking to hire “25 guns” for the Berlin factory as well.

Tesla hasn’t provided more details, but it appears the goal is to have the battery factory in Berlin functional at the same time as the automotive production facility, which only makes sense. Tesla plans to have Giga-Berlin ready by next summer. The factory will produce the Model Y crossover with Tesla’s upcoming 4680 cells and a structural battery pack.

This article originally appeared on Inside EVs.

Ban Factory Farms, Recognize Juneteenth as a Federal Holiday, and End Pigeon-Rolling: 10 Petitions to Sign this Week to Help People, Animals and the Planet!

One dies in ammonia gas leak at SPY Agro factory in Nandyal, AP

Sustainability Efforts Escalate in the Textiles and Apparel Supply Chain

Trash in recycling, and vice versa?