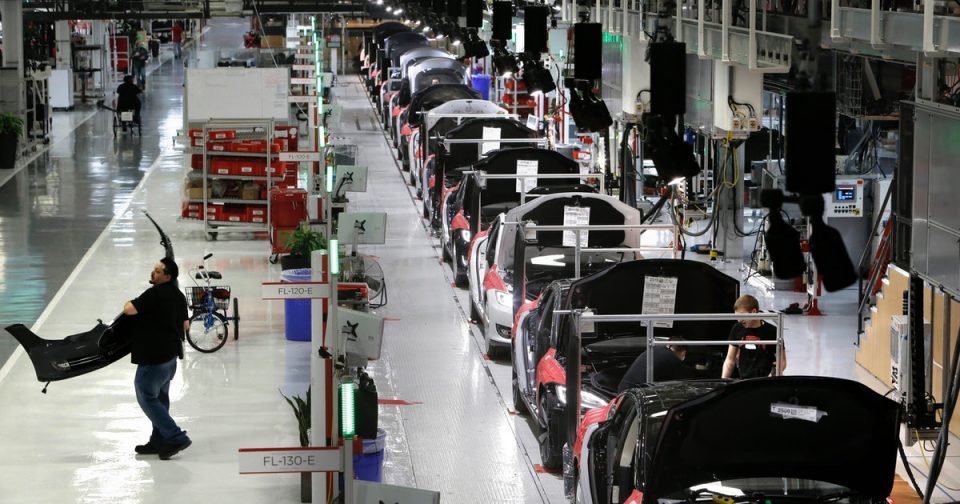 More than 100 former Tesla employees have signed statements alleging that Tesla discriminates against Black people and allows a racist environment in its factories. It’s not the first such allegation against Tesla, but it’s certainly the most sprawling.

All told, about 120 people have requested the right to sue Tesla in California for “discriminatory reasons related to race, national ancestry, skin color, gender, age, disability, or other factors related to family and medical leave,” according to documents viewed by Protocol. Nine such claims have been thrown out for lack of evidence.

Employee narratives of the situation at Tesla’s California factory vary along a common theme: racism. Aaron Craven, an ex-worker at the Fremont factory, said in a sworn statement that he was called the N-word “approximately 100 times” while working there. Aaron Minor, an ex-contractor at the factory, heard the factory referred to as “the Plantation” and its Black employees as “cotton workers.”

Meanwhile, plenty of other current and former employees have filed statements alleging they were denied promotions or work opportunities because of their gender, age, or race. And, in spite of the many horrifying stories coming out of the Fremont factory, there’s still a chance Tesla will manage to sweep this under the rug.

Nothing new — Tesla’s Fremont factory has been mired in allegations of discrimination for years now. A 2017 case filed by an ex-Tesla worker by the name of Marcus Vaughn made public the individual struggles of some Tesla employees — Vaughn alleged the use of racial slurs and discriminatory graffiti at the Fremont factory.

The slew of new allegations stems from a 500-page exhibit filed into Marcus Vaughn v. Tesla in March 2021. That exhibit includes 105 sworn statements from workers like Craven and Minor in an attempt to classify the 2017 case as a class-action lawsuit.

The road to class action — In fighting Vaughn’s case, Tesla’s lawyers continue to hammer home the narrative that Vaughn’s experiences are individual and not linked to a larger workplace issue. Back in 2017, Tesla wrote a press release stating that “after a thorough investigation, immediate action was taken, which included terminating the employment of three of the individuals.”

But at least 30 employees who have sought the “right to sue” Tesla — a workaround for forced arbitration letters — did so on the basis of race, skin color, ancestry, or national origin. And in April 2021, an Alameda judge ruled that at least three potential “classes” exist that could allow the case to be certified as class-action.

Classifying Marcus Vaughn v. Tesla as class-action would allow many Tesla employees to fight back against a company that’s failed to protect them and provide a safe, inclusive, and supportive workplace. Elsewhere, Tesla faces litigation focused on the lack of safety in its Autopilot self-driving program. All that innovation comes at a very high, very human price.