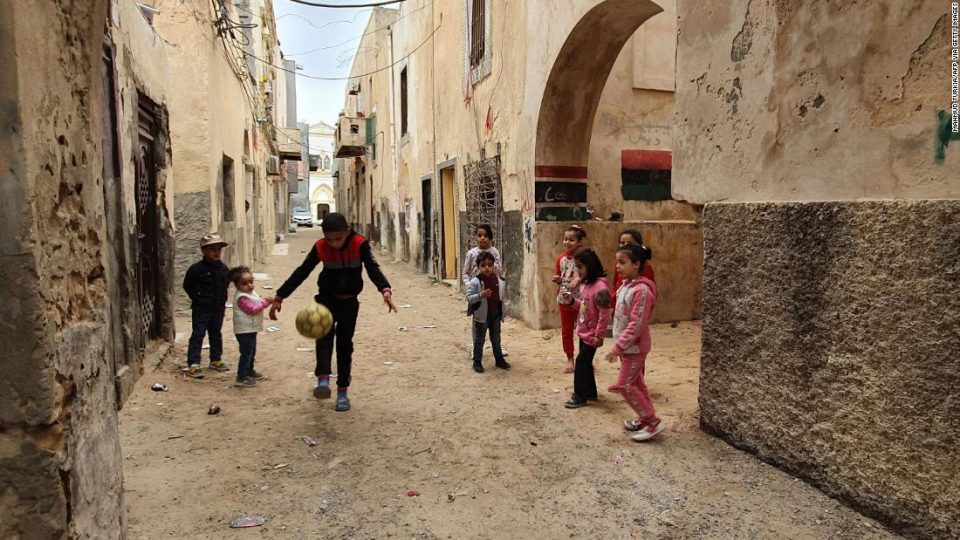 “Today, children in Libya are in a dire and untenable situation that the rest of the world should find unacceptable,” UNICEF chief Henrietta Fore said in a statement, ahead of a peace summit in Berlin.

“We urgently call on all parties to the conflict and those who have influence over them to protect children, end the recruitment and use of children, cease attacks against civilian infrastructure, and allow for safe and unimpeded humanitarian access to children and people in need,” Fore said.

The situation in Tripoli and western Libya has deteriorated further since April last year when hostilities broke out, leaving hundreds dead and more than 150,000 internally displaced — 90,000 of them children.

Children are being maimed, killed or recruited for fighting, UNICEF said. Hospitals, schools and other infrastructure that children depend upon for their well-being and survival has also come under attack.

Nearly 30 health facilities have been damaged in the fighting and 13 of them had to be closed, the agency said. Almost 200,000 children have been left out of school. Water systems have also been attacked and the waste management system “has virtually collapsed,” greatly increasing the risk of diseases like cholera, UNICEF said.

“Sadly, attacks against the civilian population and infrastructure, as well as against humanitarian and healthcare personnel are seeking to undermine humanitarian efforts,” Fore said.

Some of the people in need of help are migrants and refugees from other countries, trying to reach Europe.

Instability has reigned in the North African country since the fall of strongman Muammar Gaddafi in 2011. Violence escalated in April when forces loyal to renegade general Khalifa Haftar, based in the east, waged a campaign against the UN-recognized Government of National Accord (GNA), based in the capital.

Haftar has “agreed to comply” with the terms of an existing ceasefire agreement aimed to consolidate a current truce between Haftar’s self-styled Libyan National Army (LNA) and GNA. Nonetheless, on Monday he left peace negotiations in Moscow without signing an agreement. Russia and Turkey have weighed in as moderators in the talks. Russia supports Haftar, while Turkey backs the GNA.

German Chancellor Angela Merkel is hosting a peace summit on Sunday in Berlin that UN’s Special Representative to Libya Ghassan Salame described as an attempt “to salvage” the failed talks in Moscow.

The Berlin summit is intended to lead to a “commitment to a ceasefire, to ending arms supplies from other countries to Libya, and to resuming the political process in [the] country which has been shaken by years of civil war,” according to the German government website.

“We call on parties to the conflict and those who have influence over them to urgently reach a comprehensive and durable peace agreement for the sake of each and every child in Libya,” Fore said.

Hundreds of thousands in need of assistance

There are also currently 60,000 refugee and migrant children in urban areas who are “terribly vulnerable” as many of them are unaccompanied or held in detention centers, UNICEF said.

“These children already had limited access to protection and essential services, so the intensifying conflict has only amplified the risks that they face,” said Fore, calling on authorities to pursue safe alternatives to detention.

A total of 823,000 people, including nearly 250,000 children, are in need of humanitarian assistance in Libya as a result of persisting political instability and conflict, according to the latest World Health Organization (WHO) figures.

About a third of those in need are women, who face particular vulnerabilities based on their gender, and cultural and social issues.

About half of the total people in need are Libyans, the other half are migrants and refugees from other countries, who are often attempting to reach the shores of Europe, according to WHO.

Reflections with Sammy Way: Neighborhood groceries were once common in Sumter