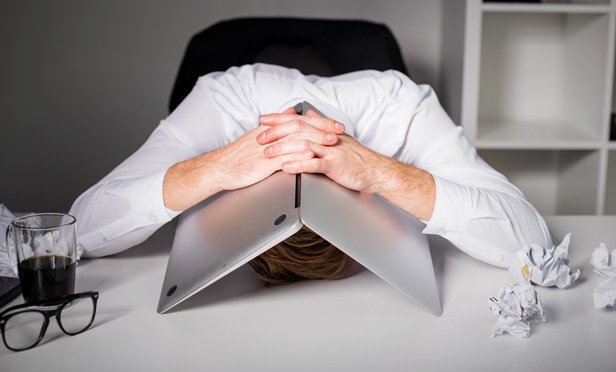 “For a very short period this morning, some customers may have experienced slower trading performance in the app,” a Robinhood spokesperson told ThinkAdvisor by email just before 1 p.m. ET Tuesday.

However, “it’s now completely resolved,” the spokesperson said, without elaborating on what caused the issue and how many investors may have been affected.

The issue lasted long enough for several people claiming to be Robinhood clients to complain on Twitter and Downdetector’s website that they couldn’t log in or trade. An outage happened with the app at 9:41 a.m. ET Tuesday, according to Downdetector.

The issue was apparently worse on Tuesday than what was reported with the Robinhood app Monday, when its spokesperson told ThinkAdvisor: “This morning, despite historic traffic, Robinhood systems remained operational.”

Robinhood’s “engineering teams have worked diligently to harden our infrastructure, improve reliability, and increase capacity,” the spokesperson said Monday, adding: “We’re continuing to invest more than ever in making sure that our systems scale and support our customers on busy trading days.”

Meanwhile, TD Ameritrade tweeted at 1:21 p.m. ET Monday that it had “resolved the earlier issue that affected some clients’ ability to log in across multiple TDA platforms due to unprecedented volumes of activity.”

But Downtector reported that TD Ameritrade experienced another outage at 8:01 p.m. ET Monday and several people claiming to be clients complained at Downtector.com that they were experiencing issues trading on the firm’s platform Tuesday.

A TD Ameritrade spokeswoman, however, said Tuesday: “These reports are inaccurate. Clients were able to access their accounts and trades were processed as usual across all TD Ameritrade platforms last night. Earlier in the day yesterday we encountered login issues across multiple TD Ameritrade platforms that impacted some clients’ ability to log in, but the issue was resolved. Impacted clients who re-opened the app last night may have needed to do an extra refresh, but there were no new issues yesterday evening.”

Regarding reports of issues on Tuesday, she added: “As has been the case all day today, clients are able to access their accounts and trades are being processed as usual across all TD Ameritrade platforms. We investigate Downdetector reports and have found no issues during the timeframe you mentioned. We caution that Downdetector is just one source of information and should not be read as a conclusive measure of platform stability.”

The two issues policymakers have to grapple with on JobSeeker