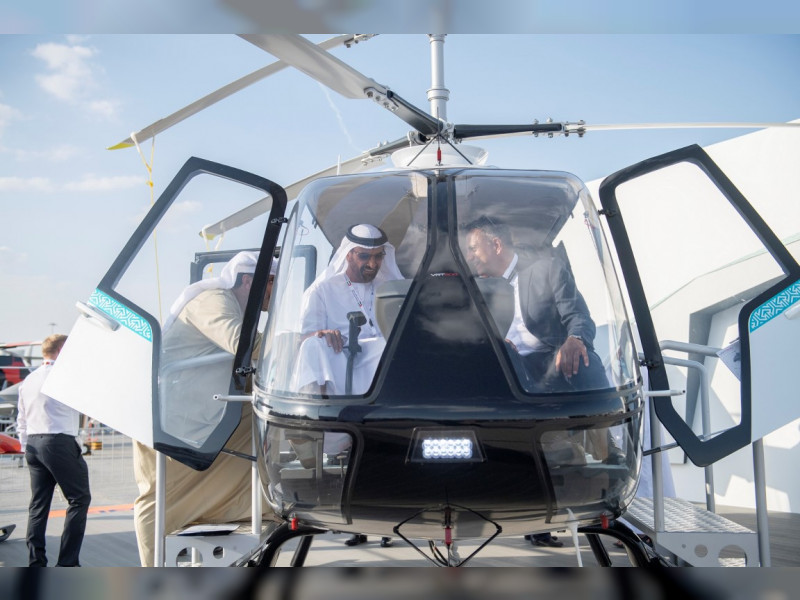 The Tawazun Economic Council, Tawazun, today announced the start of negotiations for the procurement of 200 VRT multipurpose civilian helicopters at a cost of AED1.1 billion, which will be used across both government and private entities in Abu Dhabi.

Tareq Abdul Rahim Al Hosani, CEO of Tawazun, said, “We believe in the capabilities of VR-Technologies’, VRT’s, product, including the multipurpose, single light engine helicopter featuring various design advantages in terms of safety, performance and cost-effectiveness, which drove the start of negotiations with UAE entities.”

He added, “Tawazun is expected to secure contracts for the first batch of 100 units by mid-2020, with an expected delivery date over the next five to seven years. Additionally, this strategic deal will result in the transfer of capabilities and operations to the UAE, as part of our commitment to enable the industry for future growth.”

Major General Faris Khalaf Al Mazrouei, Commander-in-Chief of Abu Dhabi Police, said, “The addition of the VRT Helicopters to the Abu Dhabi Police fleet will help us further elevate our competencies in the areas of search and rescue, ambulatory support, transportation and beyond. We look forward to advancing our capabilities even further with the addition of the unique set of solutions VRT has to offer, in line with global standards.”

During the Dubai Airshow 2019, Tawazun Strategic Development Fund, the investment arm of the Tawazun Economic Council, announced that it is making a joint investment with Russian helicopters worth US$400 million (AED1.47 billion) to be injected into VRT. The deal will result in Tawazun owning a 50 percent stake in the Russian helicopter subsidiary, VRT.

Is supply chain the next big sustainability software play?