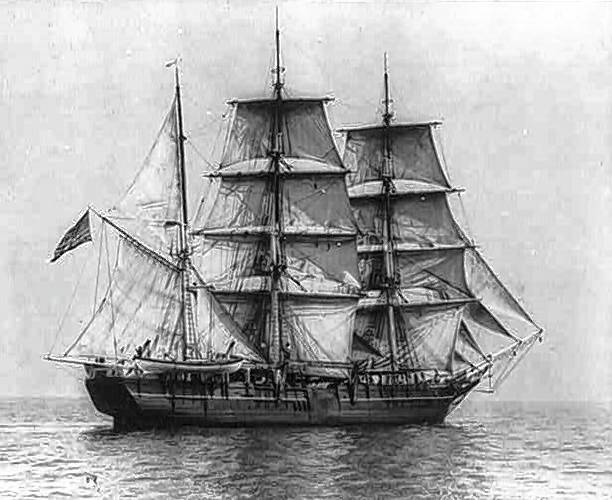 Like many young boys craving adventure, it is the lore that draws you in. You hear a story or stumble upon a mystery in your youth and you think about it still from time to time. Your young heart once knew what your old heart still remembers.

As a young child growing up in Concord, I was privileged to have a father that enjoyed telling me stories from his very own childhood. His stories were also told to him by his father and my grandfather’s father before. My family immigrated from Ireland in the year 1850 and chose Concord, New Hampshire, as their new home, and here I am today in Concord, still telling you stories. One of my favorite stories from my very early years centers around the Mast Yard forest located in the northwesterly section of Horse Hill in Penacook. We have all heard about the Mast Yard, yet the story still fascinates that young boy’s memory within my heart.

When the very first settlers arrived in our little town, they traveled via the Merrimack River. They came from the Massachusetts Bay Colony in search of a new life and opportunity. Upon arrival, the landscape was similar to what we see today, with some changes of course. The three tall bluffs lining the river are now long gone and the truly old-growth forests that were prevalent are also a thing of the past. It was not long after the settlers arrived and established themselves that the surrounding forests were explored and new discoveries were made. The inhabitants being under the rule of England meant that valuable resources must be shared with the motherland, in this particular case meaning his Majesty’s Royal Navy.

It was soon discovered that our town offered a very assessable resource to the Royal Navy in the form of masts for their ships. The area of Concord that we still know as the Mast Yard was indeed just that, a yard full of masts just waiting to be harvested and sent to England for more ships for his Majesty’s Royal Navy. The old-growth forest provided superior quality trees that were harvested for ship masts, strong and broad. They were tall, straight, and very old, for they had been growing for centuries in our forest. The British immediately sent an agent to Concord, then known as the settlement of Pennycook, and set about on a survey to see how many masts could be harvested. The agent immediately set about with his tools and selected the first cut to send to England, shaving off the course bark and swinging his heavy hammer that was forged with a crown on its head. The clean wood was marked with a crown in this manner and therefore it was illegal for anyone to cut down a tree marked with a crown; they became the property of his Majesty’s Royal Navy once marked.

It was soon discovered that there were so many trees to harvest for masts in our little Mast Yard there was an opportunity to sell some of the trees to other shipbuilders up and down the East Coast. Each and every tree was processed in a systematic way; the swampers cleared the way, choppers cut down the tree, peelers removed the bark from the tree, teamsters drove the oxen and the two tailsmen walked behind the oxen to ensure there was no damage to the tree or oxen. All of these people involved in the harvesting of masts from our local Mast Yard were managed by a person known as the Mast-Master.

As the mast was processed and ready to be hauled from the forest by oxen the trees were brought to the nearby Contoocook River and then floated down to the Merrimack River. Depending on weather, when the river was frozen the processed masts were pulled on a sled by the oxen teams directly to the Merrimack River, eliminating the Contoocook River portion of the journey. Once arrived at the Merrimack River the mast destined to England and elsewhere were floated all the way to the Atlantic Ocean, loaded onto freight ships bound for England and other shipyards and used to construct masts for new ships.

The very first Mast-Master known in our very own Mast Yard was Lt. John Webster. He lived in the old Samuel Kimball house in Concord and managed mast operations in other communities too. He once cut a mast in Northfield which measured 38 inches diameter at 60 feet from the base and it took 104 oxen, or 52 teams to draw the massive mast out of the forest. There were other Mast-Masters that followed Lt. John Webster too, the very next one being Captain Reuben Kimball. Mr. Kimball was known to take his crew into the forest and establish a winter camp where they would reside and harvest masts for extended periods in the winter. Each Mast-Master had his own style and ambitions, resulting in many masts.

I have always found it ironic when thinking of the thousands of masts that were cut in our local Mast Yard over two centuries ago. Each mast harvested and processed locally was used to hang the massive sails on British Man-O-Wars. These British ships with our local trees utilized as a mast once again returned to America. They returned during the American Revolution and fired their cannons upon our colonies, upon the very men that cut each tree for the mast on the ship they fought.

Commentary: Transportation, trade wars and trade balances are all part of the same equation

Software Providers and Companies in Manufacturing, Distribution Have Executive Growth