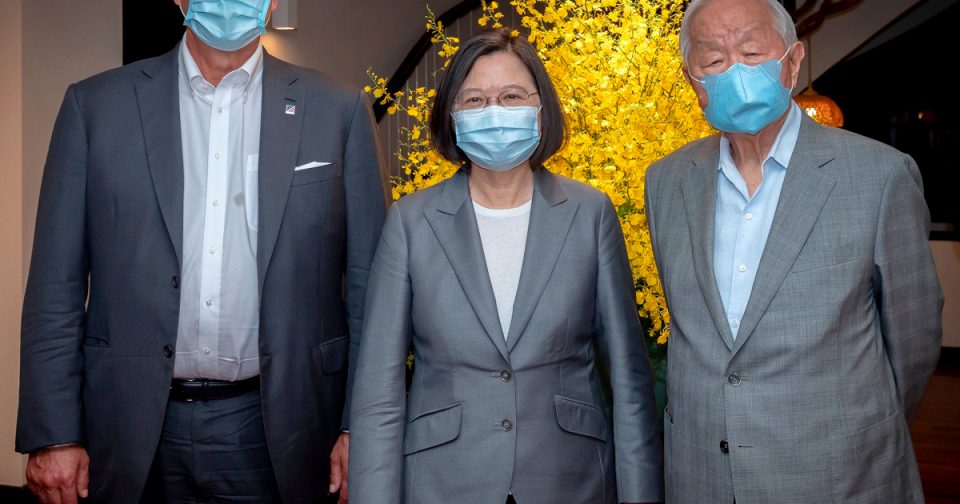 Taiwan has expressed confidence in a trade deal with the United States, after Taipei and Washington held talks on strengthening their economic relationship in the face of increasing pressure on the island from China.

Joseph Wu, speaking to reporters in Taipei, said on Saturday that he expected the incoming government of US President-elect Joe Biden to support a long sought-after bilateral trade agreement, given bipartisan support for the move among legislators in Washington.

“I think bipartisan support on Capitol Hill is still very strong, and I think that kind of support for a Taiwan-US BTA will continue into the new administration,” he said, following the high-level economic talks with Washington.

Last month, Frank Jannuzi, a key Biden aide when the president-elect was in Congress, wrote that Washington should prioritise free trade negotiations with Taiwan to encourage others, including Britain, the European Union and Japan, to follow suit.

And in October, 50 US senators from both parties called on President Donald Trump’s administration to begin negotiating a trade deal with the island.

Friday’s talks, held under the auspices of a new Economic Prosperity Partnership Dialogue, were not related to a possible trade deal, instead focusing on areas including science and technology, supply chain restructuring, 5G networks and global health security.

Held both virtually and in-person, there were led on the US side by Under-secretary of State Keith Krach, who had previously angered China with a visit to Taipei in September.

A statement from Taiwan’s representative office in Washington said the two sides signed a memorandum of understanding to establish an “institutionalised dialogue mechanism”.

And in a nod to tech-heavyweight Taiwan’s importance as a global chip maker for the likes of Apple Inc, Taiwan’s government said both sides “confirmed that strategic cooperation on the semiconductor industry is a mutual priority”.

The world’s biggest contract chipmaker, Taiwan Semiconductor Manufacturing Co, announced plans this year for a $12bn semiconductor factory in Arizona, a move US Secretary of State Mike Pompeo said would increase US economic independence from China.

Future talks will help strengthen their economic relationship and “our shared commitment to free markets, entrepreneurship, and freedom”, it added.

The dialogue, which Taiwan hopes may lead eventually to a free-trade agreement, is part of increased US engagement with Taipei under the outgoing administration of US President Donald Trump, which has angered Beijing.

China claims democratically run Taiwan as its own territory and reacted with fury when the US Health Secretary Alex Azar visited Taipei in August, followed by Krach in September, sending fighter jets near the island each time.

Taiwan’s Premier Su Tseng-Chang also said on Friday that a third official, the head of the US Environmental Protection Agency, Andrew Wheeler, had been invited to visit for “bilateral discussions on international cooperation on environmental protection issues”.

The EPA did not immediately respond to a request for comment. The New York Times reported that Wheeler’s three-day trip was scheduled for the week of December 5.

In Beijing, a foreign ministry spokesman said China opposed any official exchanges between the United States and Taiwan, and urged Washington to fully recognise the sensitivity of the Taiwan issue.

“China will make a legitimate and necessary response in accordance with how the situation develops,” Zhao Lijian told a daily news briefing, without elaborating.

While Trump, a Republican, is a popular figure in Taiwan, the government has moved to allay concerns the incoming Democratic will not be as supportive.

Taiwanese officials have pointed out that support for Taiwan is bipartisan in the US, and last week, Taiwan’s de facto ambassador in Washington spoke by telephone with Antony Blinken, a longtime confidant of Biden’s.

Imports through Heathrow valued at 36% of UK’s total imports

How close to a Brexit trade deal are we?