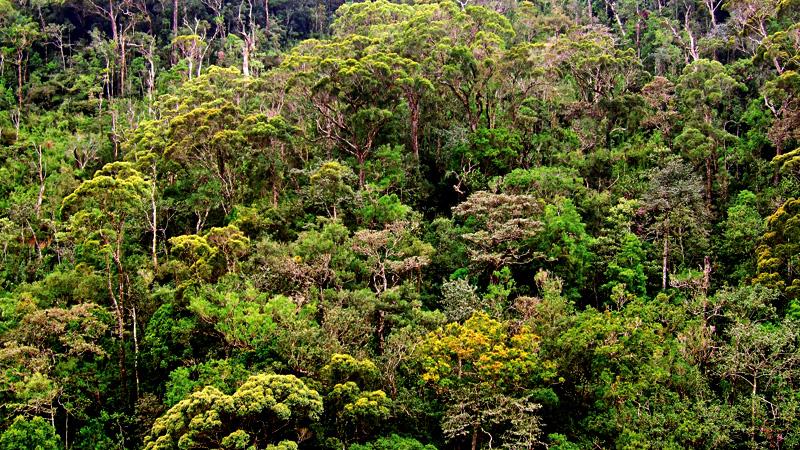 International Day of Forests was celebrated in March. The theme was “Forest restoration: A path to recovery and well-being” and never before has there been greater reason to focus the attention of society on these precious natural resources: the forests that cover a third of the land area of the planet earth.

Forests have been acting as safety nets for vulnerable people around the world, providing food sources and income when supply chains are disrupted. Covid-19 has served as a wakeup call to the fact that the health of humans, animals and the environment is interconnected. Countries including Sri Lanka are encouraged to undertake local, national and international efforts to organise positive activities involving forests and trees such as tree planting campaigns.

Unwarranted and limitless deforestation and the unsustainable use of the forests increase the risk of diseases caused by pathogens jumping from animals to humans. Around 70 percent of emerging infectious diseases and almost all recent epidemics are reported to have originated in wildlife. When forests are destroyed for expanding the cultivation landscape and when the demand for wild meat as a luxury item drives over exploitation, the contact between humans, livestock and wildlife increases. And so does the risk of the next pandemic. Under these circumstances, there is a clear message that healthy forests lead to healthy people.

The United Nations’ decade on eco-system restoration commenced this year and is an opportunity to increase forest restoration across millions of hectares, healing degraded lands, providing an opportunity for many to benefit from the green jobs and income-generating possibilities. Forest restoration is one of the priority areas for mitigating the effects of climate changes. Restoration and sustainable management of forest resources will help absorb atmospheric pollutants and waste, rebuild natural habitats and sustain life on the planet earth.

The world has lost 420 million hectares of forest cover in the past three decades mainly due to deforestation and conversion to other unwarranted land use primarily driven by the expansion of agricultural activities. This destruction risks the health of global population, releases climate warming gases, threatens plants’ and animals’ uninterrupted existence with extinction and endangers the livelihoods of those who depend on forests for their sustenance.

We need to halt practices that drive large scale conversion of forests to agricultural purposes recognising that it is possible to feed the growing global population without destroying or felling the shelter of thick forest landscape. Law enforcement authorities should crack down on the illegal wildlife trade. We need to invest in restoration of the degraded forests and landscapes to re-establish healthy eco-systems as the United Nations Organisation has specified.

Around two billion hectares and an area twice the size of China have been degraded as a result of extravagant use, drought and unsustainable forest and land management practices and systems. Many countries have prioritised the restoration of degraded forest land. The Great Green Wall for the Sahara and the Sahel initiative launched by the African Union is an example.

By 2030, the project aims to restore 100 million hectares across Africa’s dry lands with indigenous tree species and vegetation, greening landscapes while isolating 250 million tons of carbon and creating 10 million green jobs. Over 60 countries and entities have committed to restoring over 210 million hectares of degraded land similar to almost two thirds the size of India.

Forests are home to about 80 percent of the world’s biodiversity with over 60,000 tree species. Around 1.6 billion people depend on forest resources for their food, shelter, energy medicines and income generation activities. The world is losing 10 million hectares of forest annually which is similar to the size of Iceland, accounting for 12 to 20 percent of the global greenhouse gaze emissions, the cause of the climate change.

Land degradation affects two billion hectares, an area larger than South Africa. Many medicinal drugs come from forests. Around 25 percent of drugs used in developed countries are plant-based, while in developing countries such as Sri Lanka it can be 80 percent. It has been estimated that some two billion hectares of degraded land worldwide (twice the size of Europe) have the potential to be revived.

However, recent technical reports and media reports signal a rapid increase in deforestation and degradation of forest resources in the country. At the beginning of the 19th century, nearly 70 percent of the country had been covered with forests. The forest cover had reduced to 29.7 percent, which is around 1.95 million hectares in 2017. According to the Food and Agriculture Organization, the forest cover has further dropped to 28.39 percent (1.86 million hectares) of the total land area. Primary forests are supposed to be the most affected variety.

Most parts of the forest cover in the Anuradhapura district which is the largest district with 717,900 hectares, is of secondary origin. Traditional agriculture since ancient times resulted in clearing the original forest which was left to regrow as secondary forests. Ruined irrigation tanks in the forests are evidence for this. There has been a drastic diminution of natural forests in the district after 1950s due to wide spread shifting cultivation and illicit logging and informal development.

The continuous diminution of the forest area has also affected the wildlife loss of habitat and shortage of fodder and water threatening the survival of wildlife. The growing human-elephant conflict in the North Central Province is the best evidence of this. According to the forest and the wildlife conservation authorities, the major reasons for destruction of forest land are: extraction of fire wood, illicit felling of trees for timber, destruction of elephant corridors and lack of technical research on forest destruction and preservation.

The Court of Appeal held in a recent judgment known as the Anuradhapura Wilpattu judgment that the resettlement of displaced persons over 3,000 hectares in Mannar side of the Wilpattu park since 2009 has been made contrary to the law. The judgment is an eye opener which upheld the peoples’ right to the environment.

Recent studies by the Institute of Policy Studies have revealed incoherence in policies on forest conservation along with new initiatives to expand agricultural production or other mega development projects can encourage encroachment and deforestation. Last year, the Government cancelled three circulars that protected 10,000 hectares of forests identified as other state forests. These areas are not classified as protected areas whereas they account for five percent of the country’s forest landscape.

A recent UN report includes a detailed account of the drivers of deforestation in Sri Lanka. The report has identified the catalysts of deforestation from past, present and future perspectives. Most drivers are socioeconomic. According to wildlife and forest conservation sources, land encroachment, mega development projects and expansion of agricultural projects have been identified as the most proximate drivers of deforestation. Parallel to the growth of population, local as well as the global demand for land and crops increase. The people pressurised by such drivers encroach in to protected areas.

Objectives to increase local agriculture production for ensuring food security while restricting import of commodities such as sugar and milk encourage the expansion of agricultural ventures. The demand for gem mining and infrastructure development such as construction of highways are identified as drivers of deforestation and degradation the forest cover.

Awareness programs can be of immense use with long-lasting impacts on forest restoration and conservation. Private ventures can adhere to minimal deforestation policies or implement offset policies such as trees replanting. Replanting endangered and endogenous species in degraded natural forests and private lands would support the efforts made for reforestation.

It is salutary that the Environment Ministry has launched environment friendly programs such as Mihimawata Kan Demu, Sobha Ama and Surakimu Ganga which aim to revive the forest cover and other natural environmental aspects at a cost of Rs. 32 billion. It is aimed to plant two million saplings in river basins. According to Environment Minister Mahinda Amaraweera, 100,000 seedlings have been planted.

On the instructions of President Gotabaya Rajapaksa under the auspices of the Ministry of Wildlife and Forest Conservation, the Departments of Wildlife Conservation and the Forest, an ecosystem conservation and management project has been initiated. The project includes environmentally friendly innovations.

According to the 2021 – 2030 Forestry Sector Master Plan, more attention is paid to reforesting and rehabilitating degraded forests, among other components. However, lack of resources in the Forest and the Wildlife Conservation Departments, mainly, manpower, advanced equipment, transport facilities and inadequate authority vested in divisional or provincial staff for speeding up taking legal action against vandals has affected the implementation of reforestation activities.