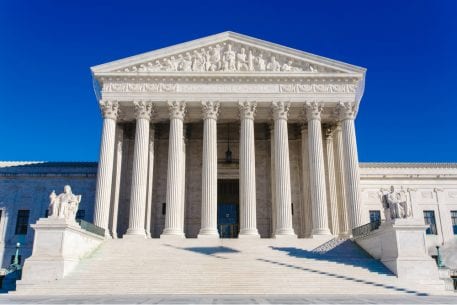 Here’s the latest news from Big Tech firms, which are coming under increasing scrutiny from regulators and politicians from the U.S. to Europe.

The primary aim of any deal would be to make sure that Big Tech firms like Facebook, Google and Amazon were forced to pay their fair share when it comes to tax, according to Scholz.

“With a unanimous agreement on a blueprint for reforming the global corporate tax code we have taken a major step forward,” Scholz said, according to Reuters. “This is a positive signal and I’m sure that by the summer of next year we will be able to reach a final agreement on this reform plan.”

The Organisation for Economic Cooperation and Development (OECD) has been creating regulations to force digital firms to pay tax where they conduct operations instead of the registered location of subsidiaries.

Verkhovna Rada, the parliament of Ukraine, is mulling a law taxing digital communication platforms from abroad.

The move would have platforms such as Amazon, Netflix and Facebook pay a 20 percent value-added tax (VAT), Broadband TV News reported.

Foreign advertising will not be subject to tax under the terms of the proposed law.

Turkey will punish Facebook with increasing penalties and could make use of its platform painfully slow in the event the firm does not follow a social media rule, Bloomberg reported.

Facebook will encounter a $1.3 million penalty on Nov. 2 if it contravenes the regulations, while punishments would escalate if the contravention is still ongoing, an unnamed official said, per Bloomberg.

The social media firm had informed Turkey that it would not follow the legislation, the Financial Times (FT) reported last week.

For its part, the legislation, which recently came into effect, aims for more stringent control when it comes to social media as it makes firms name a representative in the country and keep some user information on local servers.

Bloomberg reported that an unnamed Turkish official indicated that the firm had not formally informed the government as to if it would name a local representative.

Arguments regarding Google’s alleged use of Java software without permission to make its Android infrastructure were heard before the Supreme Court on Wednesday (Oct. 7), The Hill reported.

Java owner Oracle brought the matter, which garnered many outside briefs from those well-versed in intellectual property, Silicon Valley and others.

Oracle contends that the over 11,000 lines of programming language that Google harnessed without its say encroached on its copyright as the language was a protected type of “expression” similar to a work of literature.

For the most part, the technology vertical has supported Google, as competitors such as Mozilla, IBM and Microsoft have filed amicus briefs for the company.

However, Google contends that a ruling that supports Oracle would be a blow to creators that assume that software interfaces can be legitimately recycled.

The horizontal push, which is essential to bringing innovation to end users and spawning the “super app” in some instances, may encounter a regulatory setback.

A House panel is getting ready to present a report that would change the Big Tech regulatory climate.

Among the ideas, companies like Apple would be prevented from, say, operating its App Store, and Google would not have the capacity to house its search engine or YouTube.

EU’s Vestager Looks to Use More Injunctions Against Big Tech

EU Commission Executive Vice President Margrethe Vestager has indicated that she would look to harness additional injunctions against Big Tech, connected at least in part to cases already ongoing.

The statements followed a settlement between the EU and Broadcom, the chipmaking firm, as noted by The Wall Street Journal and other sites.

With the settlement’s terms, the EU has accepted Broadcom’s consent not to make any exclusivity deals for chips used in TV set-top boxes and models through the seven years to come.

However, the real news is that the injunction “tool” via a policy known as interim measures has not be used in 18 years.

That tool, in effect, made Broadcom “suspend” its deals with six other companies that had been under probe.

A report authored by the majority staff of the House Judiciary Subcommittee on Antitrust’s Democratic members suggests making new legislation that could possibly split tech companies and make it difficult for them to seek purchases of other firms, recode reported.

Furthermore, the report seeks to make current antitrust regulations clearer so they can be less difficult to administer.

According to the report’s introduction, “To put it simply, companies that once were scrappy, underdog startups that challenged the status quo have become the kinds of monopolies we last saw in the era of oil barons and railroad tycoons.”

Steve Ballmer Wagers That Big Tech Won’t Be Split Up

Even though a House subcommittee report claimed that Google, Facebook, Apple and Amazon have monopoly power, Steve Ballmer said he’s sure Congress will not split up Big Tech firms.

“I’ll bet money that they will not be broken up,” the former Microsoft CEO told CNBC.

“If I’m in these guys’ shoes, I say, come on, let’s get down [to Washington] and let’s regulate me and let’s get it over with so I know what I can do,” Ballmer said.

Amazon’s position as the leading cloud technology supplier and leading contender in various spaces places rivals in those areas at an undue disadvantage that Apple can and is encouraged to take advantage of, CRN, a news outlet that covers information technology (IT), reported.

A report that Democrats in the U.S. House of Representatives issued on Tuesday (Oct. 6) indicated that Amazon Web Services “creates a core conflict of interest.”

Customers have noted that they face pressure to move their offerings to Microsoft Azure due to worries over the anti-competitive behavior of Amazon in retail, one developer informed the panel, CRN reported.

The How We Shop Report, a PYMNTS collaboration with PayPal, aims to understand how consumers of all ages and incomes are shifting to shopping and paying online in the midst of the COVID-19 pandemic. Our research builds on a series of studies conducted since March, surveying more than 16,000 consumers on how their shopping habits and payments preferences are changing as the crisis continues. This report focuses on our latest survey of 2,163 respondents and examines how their increased appetite for online commerce and digital touchless methods, such as QR codes, contactless cards and digital wallets, is poised to shape the post-pandemic economy.

Increasing CAGR of 21.4% Observed in Supply Chain Analytics Market with Growing Popularity and Emerging Trends by 2027