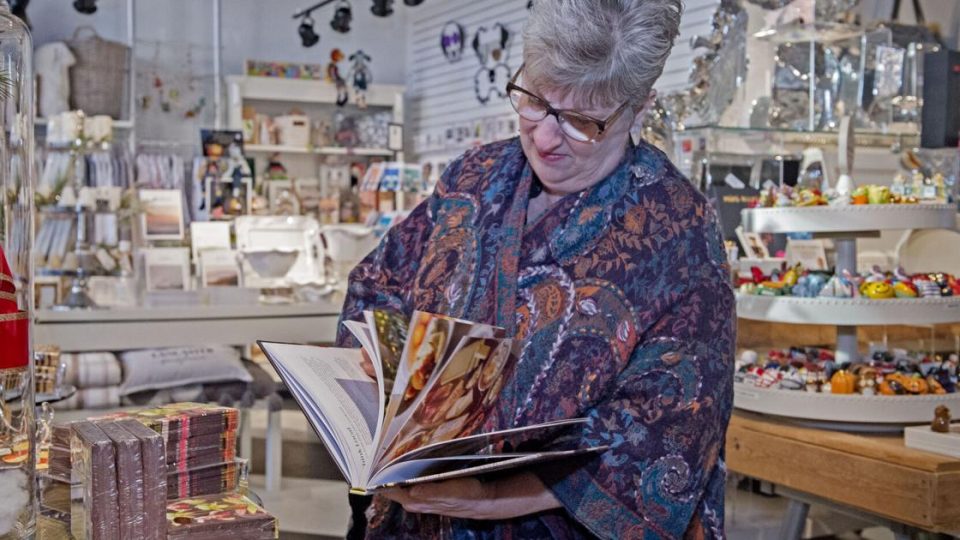 Nearly three months ago, that is.

She’s part of two trends among shoppers in reaction to what has become a holiday shopping season like no other. Shoppers like the 36-year-old Skripkunis who make most of their purchases online are getting an early start – sometimes a very early start – due to concerns about supply chain and staffing problems causing shortages or delayed deliveries.

Sixty-eight percent of shoppers planned to shop before Thanksgiving this year due to supply chain concerns, up 7% compared to a year ago, the Deloitte Insights holiday shopping survey reported. Among those who started shopping earlier, 49% are doing so due to worries about timely delivery and 47% are doing so due to worries about items being out of stock. The survey also found that 62% of shoppers expected to buy online this year, compared with 64% last year.

Shoppers are also reacting to supply chain concerns by buying what’s immediately available right in front of them at local retailers. In part, due to the disruptions in the global supply chain, the percentage of shoppers expected to visit local independent stores is 27%, up from 26% in 2020, according to the Deloitte Insights survey. The average number of physical stores visited is expected to be 6.6, higher than 5.2 in 2020, the survey says. The share of overall spending in stores is expected to be 33%, up from 28% in 2020.

Skripkunis, for one, said changing her shopping behavior this year made all the difference in ensuring she got exactly what she wanted well in time for the holidays.

“I’m glad I got my shopping done already because I’m starting to see some empty shelves and shipping issues,” said Skripkunis. “Usually if I use Amazon, deliveries take a day or two, but some things are taking at least a week or two, which is not like them.”

Skripkunis also said that she ran into an odd issue that she’d never encountered before. Two online orders she made showed as in transit, but when the delivery day arrived, the orders didn’t appear and were marked “undeliverable” online. She did get refunds.

There will be no such frustration over delivery issues for 63-year-old Lancaster resident Angie Piel. All of her holiday shopping will be done locally this year.

“The reason I shop locally is because when I go into the stores people know my name, they recognize me, and they treat me special,” said Piel. “So, I don’t have to worry about supply chains. I have a really good supply of local vendors that can meet most of my holiday shopping needs.”

Although Piel said she can’t think of one drawback to shopping locally, 40% of shoppers are anxious about shopping in person in stores this season due to COVID-19, according to the Deloitte Insights survey.

However, Piel said because she follows the Centers for Disease Control and Prevention guidelines and wears a mask while in stores, the benefits of shopping locally are still unmatched.

“It’s a delight and a joy for me to walk around downtown, see everything decorated nicely and enjoy the flavor of shopping downtown,” said Piel. “The times are challenging for many of our local retail and restaurant friends; if people focused and concentrated on supporting them, it would assure us of better times to come.”

Shoppers are changing course due to a host of troubling reports about the global supply chain, staffing and shipping capacity in the wake of the pandemic.

Amazon, for example, is struggling to hire 75,000 more warehouse workers and drivers in the U.S. and Canada amidst the pandemic-related labor shortage and is boosting wages and incentives, according to a New York Post report.

An example of the global supply chain disruption was pointed out in an Associated Press report that stated that as of Oct. 22, more than 100 container ships with hundreds of millions of dollars worth of toys, electronics, clothing and furniture were waiting off the west coast due to backups in offloading and moving goods away from ports. The news outlet also reported that about 40% of all shipping containers entering the U.S. come through California’s Los Angeles and Long Beach ports.

Because of COVID-19, places where a lot of the world’s toys and gifts are made, like China, South Korea, Taiwan and southeast Asia, have had lockdowns that forced factories to reduce production or shut down, according to the National Retail Federation. Shipping companies, expecting a drop in demand, responded by cutting their schedules. Instead, the demand surged; and people responded to store closures not by spending less but by spending online. The result – supply chain bottlenecks.

Because of the problems, 75% of holiday shoppers are concerned about stores running out of stock, especially electronics, accessories, toys and hobby supplies, according to the Deloitte Insights survey.

Nonetheless, overall holiday spending is expected to go up by 5%, according to the Deloitte Insights survey. The increase in spending will be largely driven by higher-income households, the survey said.