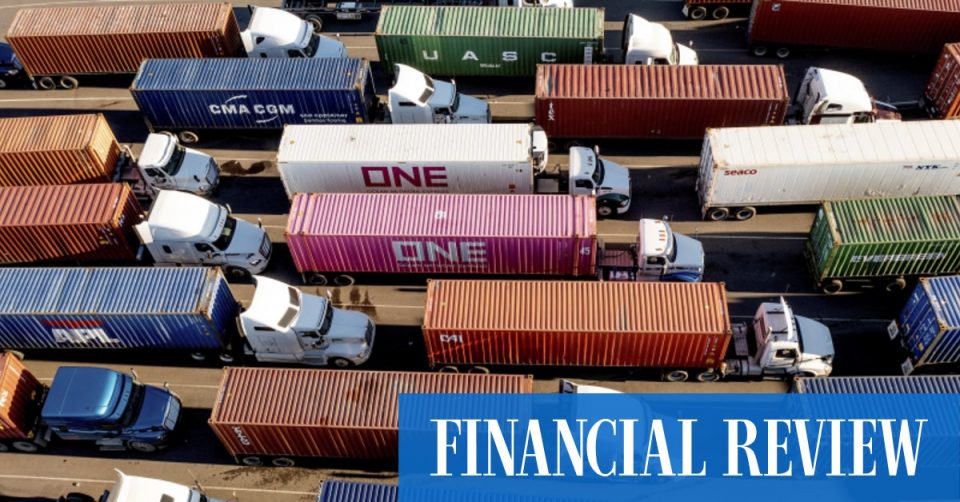 The Australian dollar looked set to end the week 0.7 per cent lower, for its third consecutive week of losses. It slipped to US72.63¢, its lowest since early October, and is languishing near five-week lows at US72.78¢.

It has lost much of its appeal due to the Reserve Bank’s insistence that the cash rate won’t rise from its record low 0.1 per cent before late 2023 at the earliest, which is when it believes wages will be rising fast enough to sustain target consumer price growth.

Bond markets have pushed pack their aggressive timing for rate hikes as a result of the Reserve Bank’s dovish stand. Interbank futures are wagering the cash rate will reach 0.92 per cent by December 2022, with the first move in July. Last month, they had gone as far as predicting lift-off as soon as April.

The Reserve Bank of New Zealand has started its tightening cycle, and is expected to increase its cash rate to at least 0.75 per cent from 0.5 per cent next week at its policy review. Markets are also pricing in a 40 per cent chance of a bigger RBNZ hike to 1 per cent.

Meanwhile, the Federal Reserve of Philadelphia’s manufacturing index showed an acceleration in manufacturing activity in the mid-Atlantic region this month, with strong order growth and robust capital expenditures planned for 2022. Yet, the index also indicated significant price pressures and a surge in unfilled orders, meaning supply chains are still in crisis mode.

US inflation is already running at its hottest since 1990, and that, combined with retail sales exceeding forecasts, has led the market to price in earlier rate increases by the Federal Reserve.

Inevitably, some Fed officials are shifting their stance.

Chicago Fed president Charles Evans, known for its dovish views, said on Thursday he was “open-minded” to adjustments in monetary policy next year, if inflation continues to stay high.

That could be redundant if President Joe Biden makes a decision on Friday on whether to replace Jerome Powell as Fed chairman with known dove and current serving governor Lael Brainard.

Finally, Joseph Capurso, head of international economics at Commonwealth Bank, warned of more losses short-term for the Australian dollar if the value of the economy’s main export were to more than halve from its current level of $US87.27 a tonne. “We estimate the potential impact of a collapse in iron ore prices to $US40 per tonne could cut AUD/USD fair value by 5 US cents,” said Mr Capurso. Yet, Mr Capurso said he expects the Australian dollar to recover to US80¢ in 2022.

Texas and Midwest at risk of winter blackouts if another deep freeze hits, watchdog warns