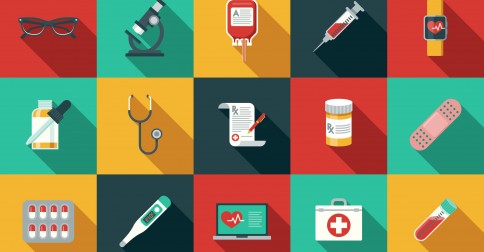 Hospitals in developed countries have more supplies than they need; those in less fortunate countries lack the basics. Academic research can help close the gap.

Since their introduction in 2015, the United Nations’ Sustainable Development Goals (SDGs) have pointed the way forward for organisations (both for- and non-profits) aiming to improve their impact upon the world. Leaders are using the SDGs to determine where a prospective investment of resources is likely to do the most good. For them, I would argue, the greatest possibilities lie at the areas where multiple SDGs overlap. Being aware of how these goals intersect and inform one another enables organisations to address several in one fell swoop.

My Medical Surplus Recovery Organisations (MSROs) research is a case in point. SDG No. 10 – “Reduce inequality within and among countries” – responds to the sorrowful reality that people’s lives and livelihoods continue to be largely shaped by an accident of birth. Disparities in healthcare are particularly painful to witness, with hospitals in developed countries disposing of reusable medical goods and supplies by the ton while those in the developing world lack the basics. Literally, the rich world’s trash could be the difference between life and death to patients in less fortunate countries. The obvious, humane solution is to distribute medical surplus to the needy – a supply chain challenge that falls under SDG No. 12, “Ensure sustainable consumption and production patterns”. One of the targets of this goal is, “By 2030, substantially reduce waste generation through prevention, reduction, recycling and reuse”.

Enter MSROs, whose mission is to find a good home for medical surplus items – and ensure those items arrive in patient-ready condition. As you can imagine, this is not easy. Best supply chain practices from the for-profit world don’t apply to MSROs, because the perennial problem of matching supply to demand is scrambled by erratic availability from providers (i.e. well-provisioned hospitals) and uncertainties on the recipient side. Though general demand is at a fever pitch in the underserved communities within which MSROs operate, items cannot be simply distributed at random – hierarchies of need, capacity to use equipment, etc. will vary widely from place to place.

Our interest piqued by this unique operational challenge, my co-authors* and I collaborated with MedShare, an award-winning MSRO headquartered in Decatur, Georgia, on a pair of research articles, one of which recently won the Manufacturing & Service Operations Management (M&SOM) Award for Responsible Research in Operations Management.

MedShare generously supplied the data for all shipments between January 2013 and October 2014, encompassing 14,900 items across 67 product categories. The start date of our observation period was carefully chosen to coincide with MedShare’s shift away from an on-demand system in which recipients filled their own shipping containers, buffet style, via an online portal with total visibility of available inventory. From January 2013, shipments were assembled in stages – recipients made initial choices, then MedShare took over and completed the container. The change in process created valuable points of comparison between recipients’ behaviour and that of the organisation.

In the first article, we found that there were marked differences in how the two stakeholders selected items. End users placed boxes on containers at a much faster pace. Their haste seemed to signal a competitive desire to secure certain items ahead of others. Naturally, this led to containers being stuffed with relatively low-value items, purely to round out shipments. MedShare, however, was more deliberate, coolly waiting for high-quality items that flew off the shelves during recipients’ ordering period to be restocked. As a result, we found that boxes chosen by MedShare were, on average, 92 percent more valuable than those picked by recipients.

Based on subsequent manipulations of the MedShare data using statistical modelling, we formed a series of suggestions for MSROs. First, whenever possible they should withhold inventory information from recipients. Instead, they should collect data from the recipients about their most urgent needs, and fill orders accordingly.

In cases where a recipient-driven ordering system is unavoidable, MSROs can promote slower-paced, more impactful selection by affording only partial visibility of inventory, increasing procurement rates, and adjusting container size – interventions designed to tamp down the competitive aspect of the process.

From suggestion to truthful mechanism

For the second article, we performed further studies to test our hypothesis that the less information recipients had about medical product availability and the needs of their peers, the more impactful shipments would be. After our first article was written, MedShare changed to a provider-based ordering system whereby supplies were distributed based on a list of ranked preferences submitted by recipients. However, these were not blind requests, contrary to the recommendations in our previous article. As before, users were given access to a database of the full inventory so they could make informed choices.

Our dataset was comprised of the 39 biomedical-equipment containers shipped by MedShare between July 2015 and April 2016. Analysing various test cases drawn from the data, we found that when recipients had access to inventory information, product rankings assigned by recipients were useless as a barometer of actual need. The only “truthful mechanism” disregarded rankings altogether, i.e. it was engaged in random selection. This is because end users have compelling incentives to tailor their preferences based on what they know to be available.

Additionally, we found there was a more robust set of truthful mechanisms when recipients were deprived of information about other recipients’ ranked preferences. The logic here is similar to the above: Users will artificially inflate preferences for products they know are high on their peers’ wish lists.

Overall, we found that withholding information about inventory and competitor preferences eliminated most of the value-per-container gap between random distribution and the hypothetical best-case scenario (i.e. a medical surplus supply chain with no information distortion or bullwhip effect).

Our model also found that the benefits of giving recipients less information increased with the number of users in the system and the heterogeneity of the user pool.

While the award from M&SOM was extremely gratifying, perhaps the highest compliment our research received was the serious and thoughtful consideration given to our ideas by MedShare CEO Charles Redding. He frankly acknowledged that our recommendations could transform the way the organisation measured its impact.

After the publication of our second article in 2017, Redding said that MedShare historically sent follow-up questionnaires investigating whether deliveries were eventually used by recipients. “We never asked the question, ‘Did we provide what you really wanted?’ We were forcing them to select from what was available as opposed to identifying what they really needed and having them wait until it was available,” he said.

In line with our suggestions, MedShare no longer allows recipients to browse its biomedical equipment inventory. My co-authors and I continue to work with MedShare on refining its preference ranking system for recipients, as well as the scoring mechanism by which resources are allocated to recipients. Our research has inspired MedShare to continually pursue operational changes to better serve its stakeholders.

*My co-authors for the Production and Operations Management article were Beril Toktay (Georgia Institute of Technology), Wee Meng Yeo (University of Glasgow) and Can Zhang (Duke University). For the Manufacturing & Service Operations Management article, my co-authors were Toktay, Zhang and Turgay Ayer (Georgia Institute of Technology).

Found this article useful? Subscribe to our weekly newsletter.

Supply chain employees are happy at work – can you keep capitalizing?