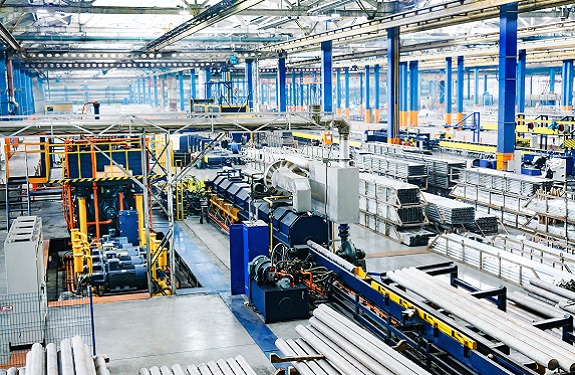 Can China last another decade as the world’s factory? There is reason to be sceptical. There are three main arguments why global corporations might want to reduce their reliance on Chinese manufacturers, arguments that are motivated by basic economics, political fears and risk management.

The economic argument is simple: Chinese workers are now far more expensive than those elsewhere. Manufacturing labour costs are around $6.50 per hour in China, compared to $2.99 in Vietnam, according to Statista. Since labour costs are a major factor in low-end production, the obvious solution for hard-hit companies is to move somewhere cheaper. This is perhaps the least persuasive argument. The fact that Chinese manufacturers have moved to increasingly high-end production should deter an exodus.

The geopolitical argument, largely focused on the trade war behind China and the US, is more persuasive. The US and China are engaging in an on-again, off-again trade dispute that seems likely to flare up as the US nears a presidential election in November. But the deterioration in the relationship between the two countries appears inevitable, and probably irreversible. US corporations, forced to choose, will scale back their exposure to China.

The risk management argument is best illustrated by the Covid-19 pandemic but earthquakes, floods and other natural disasters are also risk factors for those operating in China ─ or, indeed, in much of the world. As Eastspring Investments, the Asian asset management subsidiary of Prudential, points out in a recent research report, global supply chains are likely to become increasingly diverse as companies seek to reduce their exposure to these myriad risks.

This means there is not likely to be one major winner from the shift of supply chains ─ instead manufacturers will spread their supply chains across Asia, especially southeast Asia. There is already some evidence of a trade boost for southeast Asia. US imports from developing Asia grew 8.5% in 2019, according to the Asian Development Bank. The Asean-5 countries ─ Indonesia, Malaysia, the Philippines, Singapore and Thailand ─ did the best, boasting a 12% growth.

What does this all mean for bank bosses and capital market practitioners? There are two major conclusions we can draw from the likely shift in supply chains.

First, some global banks will lose business to regional players. Those global institutions that have invested in a pan-Asian treasury and trade finance business are likely to prosper whichever way the winds of global trade blow. But foreign banks that have treated southeast Asia as a sideshow will miss out. Regional banks, helped by rising inter-Asian trade, have a chance to shine.

Second, capital markets will need to play a greater role. Although trade finance is a profitable source of business for banks, the biggest lenders tend to favour the biggest suppliers. It will take banks time to build relationships with Asia’s suppliers of the future, especially those in smaller markets.

A mix of regional and global banks will still be the main providers of supply chain finance, perhaps followed by trade finance funds and the odd upstart fintech. But supply chain securitization will offer a major boost to the efficiency of trade financing across Asia ─ as long as regulators do enough to encourage the market.

Those countries hoping to steal manufacturing business from China should also be trying to steal a few of its ideas. Chinese regulators kicked off a series of supply chain asset-backed commercial paper vehicles earlier this month, allowing small suppliers to pool their financing needs. A similar move will help alleviate the funding gap for companies that have chances to benefit from shifting supply chains, but which have not yet built strong relationships with big global banks.

This all might sound like emerging Asia is about the profit at China’s expense. Quite the opposite. The shift in supply chains is partly a response to China’s rise as an economic power, including the growing spending power ─ and wage demands ─ of its own citizens. Chinese manufacturers still have huge opportunities for growth. But they may find that the biggest opportunities, and the biggest corporations, are now much closer to home.

Coronavirus UK: Staff at factory with 237 cases ‘begged’ for closure