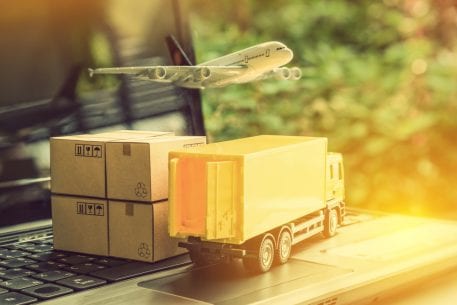 Companies tend to know a lot about their primary and tier one suppliers because, as their most important vendors, it generally pays to know an awful lot about them, so companies make sure that they do.

But the second and third tier? Not so much, according to Chonchol Gupta, founder and CEO of Rebirth Analytics, despite the fact that having such data readily accessible is absolutely paramount to managing one’s supply chain properly. It was a lesson nine-tenths of Fortune 1000 companies learned the hard way earlier this year when their supply chain was plunged into chaos by a virus that no one had ever heard of before in the Chinese manufacturing hub of Wuhan.

“These companies all had vendors or suppliers in their second and third tier working out of Hubei Province and the city of Wuhan,” Gupta told PYMNTS. “A lot of them were kind of blindsided by that because they didn’t know it. They thought they were buying something from a company in Kansas. But at the end of the day, that company is being supplied by a vendor in Wuhan.”

And even once the virus was better under control and recovery was revving up, those same companies found themselves blindsided again by their mostly invisible supplier chain when a natural disaster shut down the port.

Companies, Gupta noted, should not be so blindsided, which means they need to be able to take a more holistic view of their supply chain instead of being reliant on scraps of siloed data, trade reports which aren’t designed to offer a complete view of the financial health of the company.

“It’s important for companies to be able to see the different types of risks and correlate those risks,” he said. “So it’s not enough to look only at financial risk or look only at the financial health of your suppliers and your tier one suppliers. You have to look at the chain as a whole.”

For Rebirth, he noted, the supply chain view involves being able to take a look in a company’s whole supply chain, at all tiers, in a single dashboard that fills in all the data firms are lacking today — where their suppliers’ warehouses are and when they are likely to be impacted from a geopolitical standpoint, an insurance standpoint and a payment standpoint.

What’s critical going forward is that companies have a way to see their overall risk across their chain of suppliers and react based on the complete data set.

“For too long companies have relied on siloed points of data and siloed information when it comes to vendor risk and supply chain risk,” Gupta said. “And the problem is that problems really are everywhere and can originate in multiple places. When companies are relying on one-off reports and singular points of data, it’s up to the management team to make decisions on their gut feelings. I think any technology that clarifies that and moves decision-makers away from having to use gut feeling to be able to correlate those risks in a manner that’s data efficient is going to be the future of supply chain risk and how it rolls out.”

The Need For Transparency

In difficult times such as the ones the pandemic has created for buyers and supplier worldwide, transparency is not merely an annoyance or a hindrance. It can actually become a headwind to survival itself. Buyers, he noted, will start to show a preference for their larger suppliers over smaller ones — not because they are in actual trouble or at risk of being unable to deliver in the future, but because of the perception (or gut instinct) among managers that they must have financial troubles because of their size.

“Transparency is critical right now because companies, whether you’re a buyer, whether you’re a supplier, it’s hard to know what is happening out there,” he said. “Suppliers would benefit from a more intelligent payments infrastructure because whether a company is the supplier or the buyer, having a clearer picture and a better understanding of the transactions, processes and … overall risks that are associated with those transactions … that could be a major mitigating factor for a lot of these companies.”

Faster payment processes that put funds in the supplier’s hands, he noted, keep the buyer’s supply chain healthier and more functional. They also create the proper levels of insight into the chain to allow it to be better run. It’s where the industry is going, Gupta noted, faster now than ever as the pandemic has so clearly highlighted why it’s necessary.

Faster payments innovation is also arming businesses with more data to weigh risks, he said. Credit reports can be useful, but they don’t present the whole picture. The ability of faster payments infrastructure to provide transparency and more data can help augment risk analytics technologies.

“What we see is payments companies have a huge opportunity to move companies ahead and to help get business back to normal post-pandemic,” he said. “And I think when we think about the supply chain, we see it’s a critical part of the infrastructure that needs to be fixed to address all the problems and the issues we’ve already seen so far.”

Call it the great tug-of-war. Fraudsters are teaming up to form elaborate rings that work in sync to launch account takeovers. Chris Tremont, EVP at Radius Bank, tells PYMNTS that financial institutions (FIs) can beat such highly organized fraudsters at their own game. In the July 2020 Preventing Financial Crimes Playbook, Tremont lays out how.

ExplainSpeaking: A brief history of the Indian economy in 2020