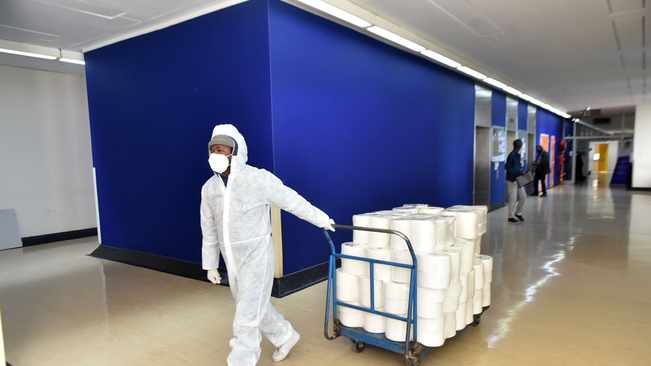 CAPE TOWN – SUPPLY chain managers have called for tighter controls in the sector after a survey found the industry was an enabler of corruption.

The survey by Sincpoint, a black female-owned supply chain management and advisory company, found 64.4 percent of supply chain professionals agreed corruption was enabled by unethical conduct and practices within their sector, which they said was highly prone to corruption pressure.

According to Sincpoint, about 11.4 percent said they had been forced to resort to bribes to keep their businesses afloat.

“This is especially rife in the public sector, but also exists in the private sector,” Sincpoint chief executive Lebo Letsoalo said.

Of the supply chain professionals surveyed, 88.4 percent said they would report corruption if the accused would be taken to account – either through the legal system or the industry’s regulatory body. The respondents said that a whistle-blower programme should be established.

Fifty-nine percent suggested that an anti-corruption policy framework should be developed to guide the sector, while 41 percent said they were already actively reporting corrupt activities in their sector.

Covid-19 has revealed grave levels of corruption in South Africa, with reports of gross fraud to take advantage of the emergency measures put in place to combat the pandemic.

Evidence at the state capture commission last year also showed that almost every area of government was corrupt. Transparency International’s corruption index ranks South Africa among the most corrupt countries in the world.

Letsoalo, who is also a supply chain coach, said there was an urgent need to professionalise and regulate the sector, as a first step towards mitigating corruption.

“At least 60 percent of respondents agree the industry requires regulation and professionalisation, in the form of licensing to operate within guidelines and an ethical framework. To begin this, we have all agreed we require a skills audit of the entire industry, as well as a fitness test, and then enforce an oath system to ensure allegiance and compliance,” she said.

“People in general want to stop corruption and are willing to report corrupt activities in the sector, but from both the professionals point of view and that of the service providers, they fear for their lives, especially when the law does not protect them, and of course, the fear of not being able to secure any more business on the side of service providers, thus limiting their willingness to report corruption,” said Letsoalo.

What are your legal rights when a freight broker doesn’t pay?

Is the Food Supply Chain Strong Enough To Endure COVID-19?

Wipro : How blockchain can hack-proof a supply chain