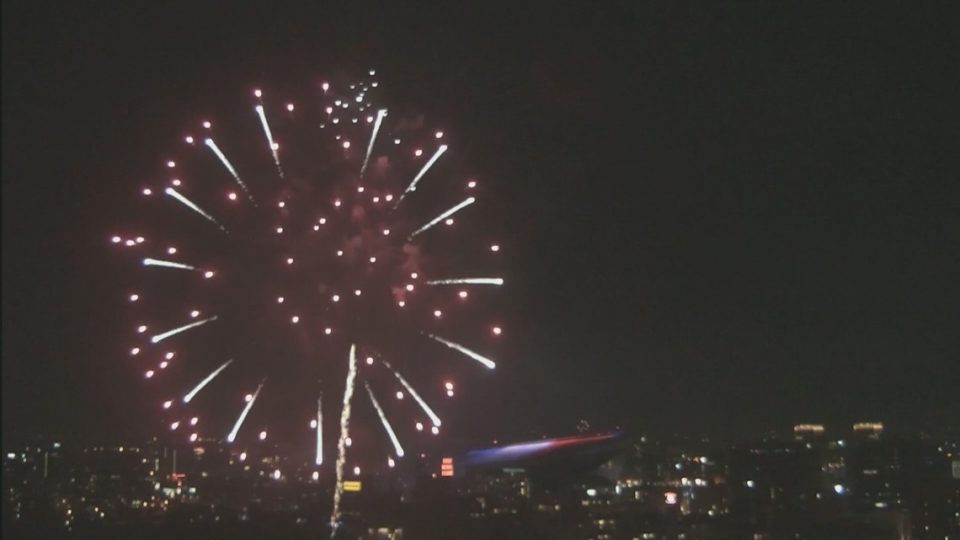 Prices across the board have increased for fireworks shows, causing cities and organizers to adjust.

DELANO, Minn. — As chairman of the Delano Fourth of July committee, Alex Roeser plans all year for the state’s oldest and largest Independence Day celebration.

But even Roeser can’t tell you what the fireworks show will look like come Monday night.

“Here’s the fun part for me,” Roeser said. “I also get to see it and be surprised by it as well.”

Getting all set up for the fireworks in Delano, home to the oldest Fourth of July celebration in Minnesota. Organizers expect as many as 35,000 to attend Monday’s parade and possibly 15,000 for the fireworks show that night. @kare11 pic.twitter.com/bRT3YVWJUy

That’s because Roeser, who has served on the committee board for 25 years, relies on his stellar fireworks contractor to figure out the logistics. This year, Delano is moving ahead with a full 27-minute pyromusical, which may draw up to 15,000 people when it begins inside Central Park on Monday at 10:30 p.m.

However, supply chain issues and inflation have presented challenges to fireworks shows across the country. Delano, which does not use city tax dollars for the Fourth of July celebration, is not immune to such costs.

“We’re still going to be able to do our show for the prices and things that we booked. But, one of the things is not being able to get some of the stuff that was more expensive,” Roeser said. “The give and take — we were able to still keep it on budget.”

According to the American Pyrotechnics Association, the cost of supplies and raw materials “has risen conservatively at approximately 20%,” while shipping and transportation costs have skyrocketed, too.

James Baxter, the owner of Minnesota Pyrotechnics, said shows can range in cost from $10,000 to $30,000. This year, if cities or organizers don’t adjust their budgets, Baxter said some shows may be cut short by two to three minutes.

RELATED: Here’s where to watch Fourth of July fireworks this year in Minnesota

“For our display companies, there are a lot of challenges getting multi-shot cakes, multi-shot devices,” Baxter said. “The way the regulations have been, and just supply and demand, the salutes — the large booms at the end of the finales, those white bursts — a lot of those have been unavailable for many companies to get this year.”

Baxter also said that a lack of staff has plagued many communities. In fact, Minneapolis cited that as one of the reasons why the city is not moving forward with fireworks this year. St. Paul will not have fireworks either, although it should be noted neither city has held Fourth of July shows since the before the pandemic.

In Delano, meanwhile, the show will go on Monday night.

RELATED: Fireworks aren’t the only thing happening in the metro this July 4th weekend

Watch the latest local news from the Twin Cities in our YouTube playlist: