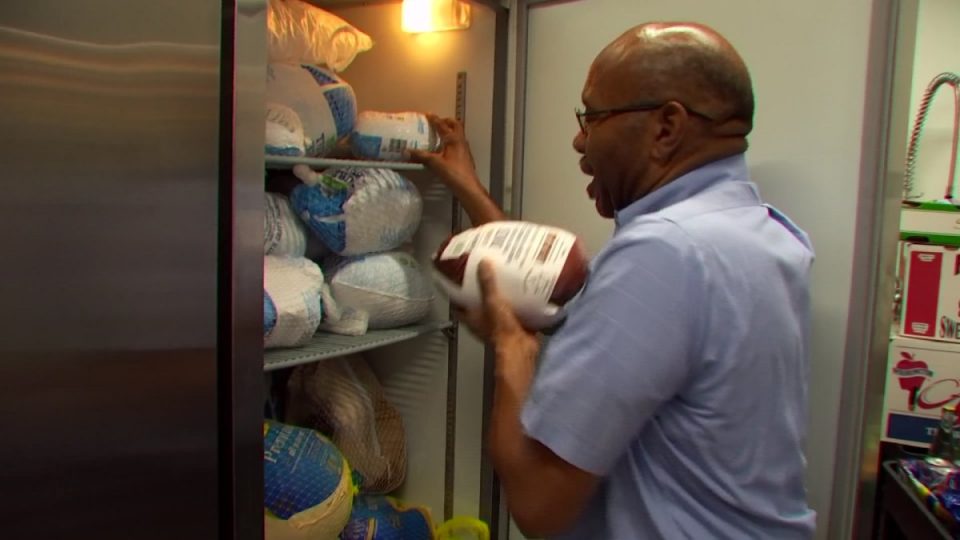 The supply chain dilemma has now extended into what we know as giving season. Local food banks are frantically searching for turkeys, only to come up short. For many North Texas Families, this means Thanksgiving dinner will look a little different this year.

“I know I’m the nightmare of some groceries because when we find them, we purchase them all,” he said.

His church promised 850 thanksgiving dinners to families in the surrounding South Dallas, Fair Park area. The problem is, there simply aren’t enough turkeys.

“Getting enough turkeys has been nothing less than a challenge,” said Simmons.

Grocers that agreed to partner with his church a while ago are now forced to scale back.

“We have been told they have to reduce the number of items they committed to us because of the supply chain,” Simmons said.

So, pastor Simmons said it was time to move into plan B. In addition to turkeys they’ve been able to get their hands on, his church also purchased duck, Cornish hen, chicken and turkey breasts.

Dr. Valerie Hawthorne with the North Texas Food Bank said the problem isn’t unique to the local church. They’ve already sent 16,000 turkeys to food pantries. They, too, moved on the backup plan.

“Turkeys are 20% more expensive this year and 30% harder to find,” she said. “The North Texas Food Bank will be distributing chickens, produce and other shelf-stable items at UNT Dallas this weekend. A little bit different than turkeys.”

It may look different, but Hawthorne and Simmons said they’re committed to making sure as many families as possible have something on the table.

Key Ways in which E-Procurement Systems Deliver Efficiency and Performance

The Best Food and Beverage ERP Software Solutions to Consider