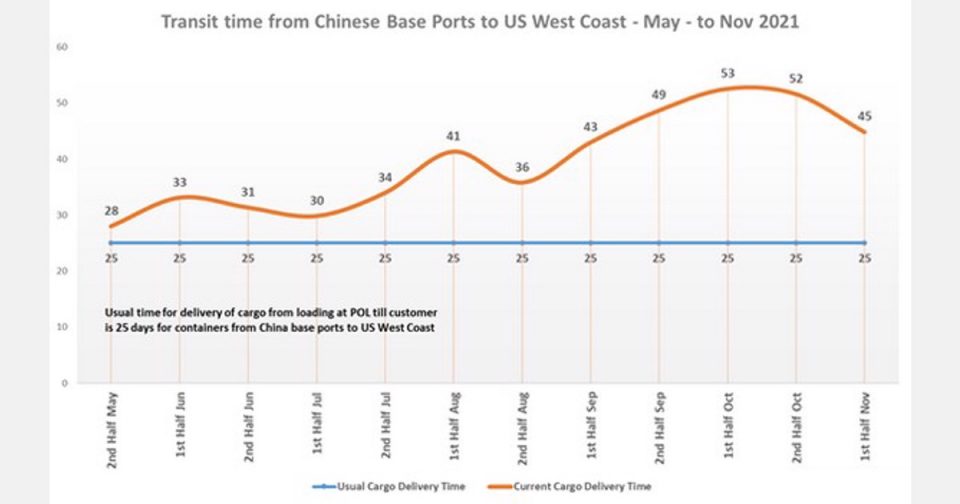 Digital freight forwarder Shifl is warning businesses that supply chain delays are far from over. Long transit times, berthing delays and dwell time inside U.S. ports have resulted in a total average transit time of 45 days in November 2021, compared to 28 days in May 2021, an increase of 61 percent in time.

“Containers are still being held up at every step, even after they are unloaded,” said Shabsie Levy, CEO & founder of Shifl. “Berthing delays have been inconsistent across the year and in some extreme cases, ships have waited up to 33 days to secure a berth. Meanwhile delays in containers leaving the port highlight the issues with chassis and truck availability in the region.”

Levy added that apart from the transit time delays, Shifl has also been tracking berthing delays and delays in the clearance and gate out of containers which are not yet showing signs of meaningful improvement. 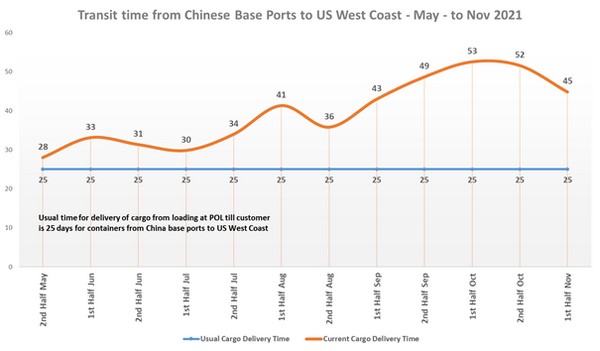 Shifl’s data shows berthing delays at the U.S. ports of Long Beach and Los Angeles are still hovering between 8-9 days in October which is an increase of 150 percent over May 2021. 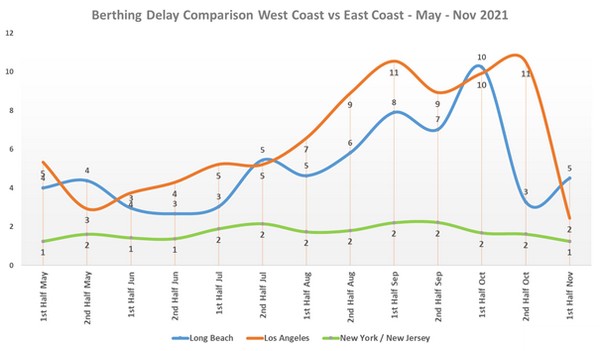 As of this release, there are around 78 container ships in the queue outside the San Pedro Bay ports waiting to berth and discharge cargo. This suggests that berthing delays could hold or worsen in the next few weeks.

Dwell times improving
Shifl’s port dwell time data for containers, measured from the time of discharge at the terminal till they are gated out, also showed a substantial increase between May and the first half of October. However, a decrease in this metric in recent weeks indicates improving conditions. As of this publication, dwell times have returned to May 2021 levels, with average times for Los Angeles and Long Beach being five and seven days respectively.

“Container dwell times seems to be on the mend in the West Coast ports while the East Coast has been maintaining acceptable levels,” said Levey. “However, there are still instances of extreme delays with some containers waiting for 47 days for delivery. And there’s a lot of clean up to do still. Up to 15 percent of the containers have been waiting in the port for between 10-47 days with the majority of that in the West Coast ports.” 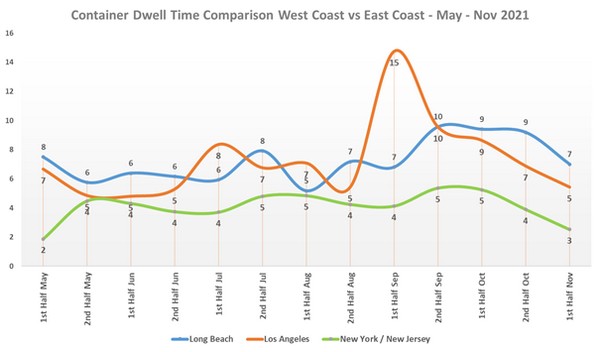