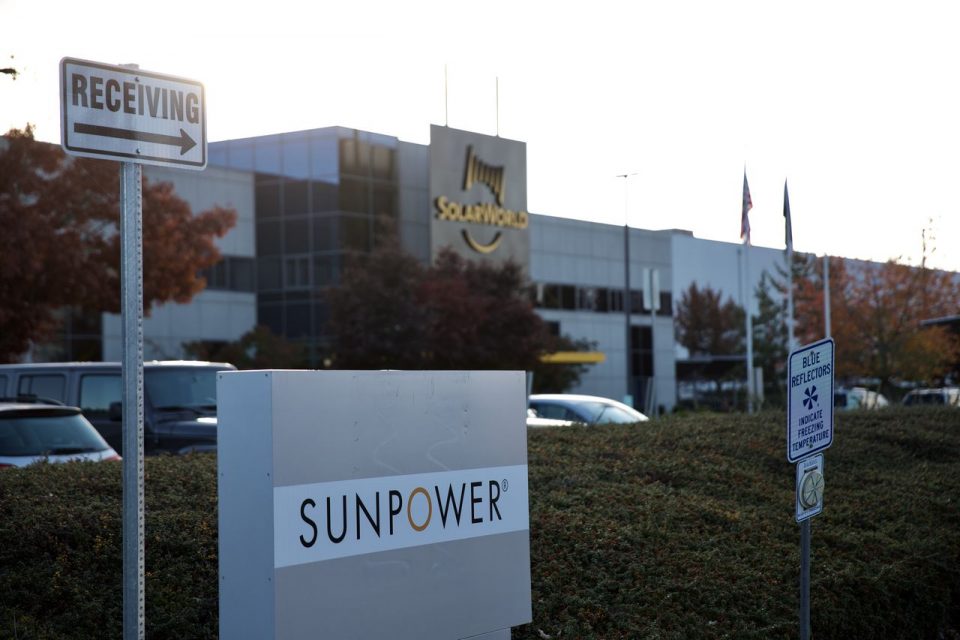 SunPower said Thursday it will close the former SolarWorld factory in Hillsboro, eliminating 170 jobs in the latest in a long string of manufacturing setbacks at the 47-acre site.

Japanese semiconductor producer Komatsu Silicon America spent $500 million to build the 480,000-square-foot plant during the 1990s but never opened it. The factory sat idle for a decade until a German company, SolarWorld, began manufacturing solar panels there with help from $100 million in Oregon tax breaks.

But Chinese rivals, backed by government subsidies, outflanked SolarWorld and the company laid off most of its Oregon workers in 2017. The plant appeared doomed until SunPower, based in Silicon Valley, bought it three years ago.

SunPower began production there in 2018 but, amid shifting dynamics in the highly competitive solar industry, began scaling back its aspirations almost immediately. Last year it announced plans to sell the Hillsboro property to Japanese technology giant NTT, which said it would build a 1 million-square-foot server farm on the site.

SunPower said at the time that it planned to continue making solar products on a portion of the site, but said Thursday that it has changed its mind after spinning off a portion of its business that manufactured solar panels.

“We made the difficult but necessary decision to close our plant after careful evaluation and the change in focus of our business over recent months,” SunPower CEO Tom Werner said in a written statement. “We recognize how hard this is for all the employees impacted and are dedicated to helping them through this transition.”

SunPower plans to cease operating in Hillsboro by March and clear out by early June. The company said it may end up selling the solar factory or seeking a joint venture or other partnership. It has leased back its factory space since selling the property to NTT.

Oregon’s jobless rate is at 6.0% amid the coronavirus pandemic, which has had a disproportionate impact on the state’s manufacturing sector. Factory employment fell by more than 8% when the pandemic hit last spring and has shown little sign of a rebound.