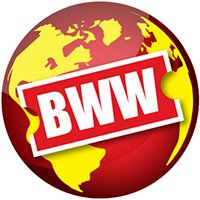 Toronto’s Dora Award winning musical theatre company, ECLIPSE THEATRE COMPANY (ETC), created by Chilina Kennedy and Evan Tsitsias, proudly presents an innovative and site responsive performance of SUNDAY IN THE PARK WITH GEORGE. The production will be directed by Evan Tsitsias, and star Evan Buliung and Tess Benger, for 8 performances only, and presented at the Jam Factory in Toronto, March 3 – 8, 2020.

SUNDAY IN THE PARK WITH GEORGE at the Jam Factory, continues ETC’s mandate to bring unique and site responsive pieces of musical theatre that unite space and story. 2020 marks Sondheim’s 90th birthday and they are thrilled to bring this Pulitzer Prize winning masterpiece to Toronto audiences after a long absence.
This piece revolves around George, a fictionalized version of Seurat, in the months leading up to the completion of his most famous painting. Consumed by his need to “finish the hat”, he alienates the French bourgeoisie, spurns his fellow artists and neglects his lover Dot, not realizing that his actions will reverberate over the next 100 years. The eternal search for connection is coupled with themes of legacy and art as commerce. The “state of the art” is fully investigated in this piece and could not be more relevant in today’s world climate.

After last year’s sold out Eclipse Event, Kiss of the Spider Woman at the Don Jail (6 Dora Nominations), and their recent co-production with Crow’s Theatre of the hit show, Ghost Quartet, ETC is quickly becoming known for its immersive, environmental stagings. Assembling this top notch Canadian talent with the genius of Sondheim to present a re-imagining of this piece, using the talents of a live artist to bring it new life in this unique and intimate venue is sure to dazzle audiences once again.
This performance will feature a cast of Canada’s top artists. Evan Buliung (George) won the 2018 Dora Award for his performance in Fun Home. He’s performed leading roles at Stratford, Shaw and Mirvish, most recently, Dear Evan Hansen. Tess Benger (Dot) has performed across Canada, playing everything from Anne in Anne of Green Gables in Charlottetown, several seasons at the Shaw Festival and most recently, her acclaimed portrayal of Sally Bowles in the Grand Theatre’s hit production of Cabaret.

Evan Tsitsias (Director) has worked internationally as a theatre creator. He was nominated for a 2018 Dora Award for Outstanding Direction of a Musical for Kiss of the Spider Woman. In Canada, he has directed for Musical Stage Company, Impact Festival, Angelwalk, Summerworks, Next Stage and more. His short film Bagged , aired on the CBC, WIFT, DC Shorts and NSI. He is the Artistic Director of Directors Lab North and has spent the past 6 years working at Theatre Under the Stars in Houston, Texas. His book, The Directors Lab is published this year by Playwrights Canada Press.
Also featuring Charlotte Moore (Old Lady), a Canadian theatre treasure, she’s performed at Shaw Festival, Charlottetown, Mirvish and is a winner of a Dora Award. Tracy Michailidis (Yvonne) won the 2018 Dora Award for her performance in Life After and was nominated for a Dora for Kiss of the Spider Woman. She’s performed on Broadway, US National Tours and will next be performing in Indecent for Studio 180/Mirvish. Eric Craig (Jules) has worked on stages across Canada, performing in last year’s Ross Petty panto and nominated for a Jessie Award for his performance in Fun Home. Sheridan College 4th year students will once again be participating in SUNDAY IN THE PARK WITH GEORGE, as part of the educational outreach of ETC.

SUNDAY IN THE PARK WITH GEORGE features music by Stephen Sondheim, with a book by James Lapine. The original musical is inspired by French pointillist painter George Seurat’s painting A Sunday Afternoon on the Island of La Grande Jatte. Originally directed by James Lapine, the musical premiered at Playwrights Horizons in 1983 before transferring to Broadway in 1984, running for 604 performances. It won two Tony Awards, the New York Drama Critics Circle Awards for Best Musical and was awarded the Pulitzer Prize for Drama, one of only nine musicals to win a Pulitzer.
ETC’ s production of SUNDAY IN THE PARK WITH GEORGE includes Musical Direction by Adam Sakiyama, Movement Direction by Allyson McMackon , Costume and Set Design by Michelle Bohn, Lighting Design by Wendy Lundgren and Sound Design by Tim Lindsay.
Tickets are on sale at www.eclipsetheatre.ca or call 1-800-656-0713


More Hot Stories For You

Bragar Eagel & Squire, P.C. Announces That a Class Action Lawsuit Has Been Filed Against Turquoise Hill Resources Ltd. and...