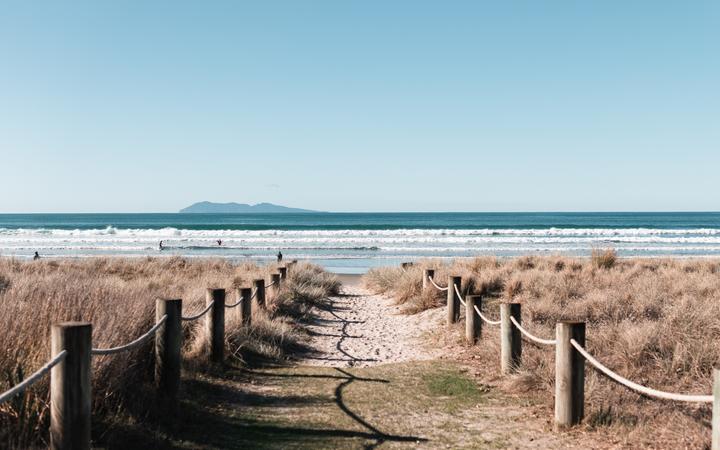 Data out today from the Real Estate Institute of New Zealand (REINZ) shows the median sale price of houses in many beachside towns is soaring.

In the three months to November, the median sales price in the Bay of Plenty town of Waihi Beach was up 50 percent compared to a year ago, to more $1 million.

Longtime Waihi Beach resident Ross Goudie – the chair of the community board – knows why.

“Auckland, Auckland, as I’m told. Outside the district. It’s not being generated here. They’ve got money in their pocket,” Goudie said.

High living costs in major centres were sending some people packing – cashed up and seeking a slice of what Goudie considers paradise, he said.

In fact it may be families – the local school had 29 new enrolments in the last term and about the same for the start of next year, he said.

But the money coming in was making it more difficult for locals who rented, especially young people who made the place run – teachers, cafe staff, and other essential vocations.

“You’ve got to be reasonably well-off to afford a place in Waihi Beach now. It’s the people that power the town, doing the things that have to be done and owning the businesses – they can’t afford to rent here, they can barely afford to live here unless they’ve been here a long time,” Goudie said.

Independent economist Benje Patterson said with money “on sale”, places with low housing supply were likely to see prices further detach from reality – and further out of reach for non-owners.

There could be perverse social outcomes as a result.

“It’s broader than just a political risk. It’s an economic one; it goes back to productivity. But it’s also a social risk. It’s something that’s not just a risk here and now but something that will prove to be intergenerational unless we solve it,” Patterson said.

With young people struggling to get a foothold in these towns, that could cause real issues down the line.

“For example in the Coromandel, wages and job opportunities are actually very limited. Those that live there and work in hospitality or retail to service these people with holiday homes, they find it very difficult to afford to not just buy but even to rent in their local areas.”

“There’s a lot of activity, people wanting to buy and get into the market. There’s a fear of missing out,” Crooks said.

She said loan-to-value restrictions being imposed next year had prompted some people to move more quickly into a home.