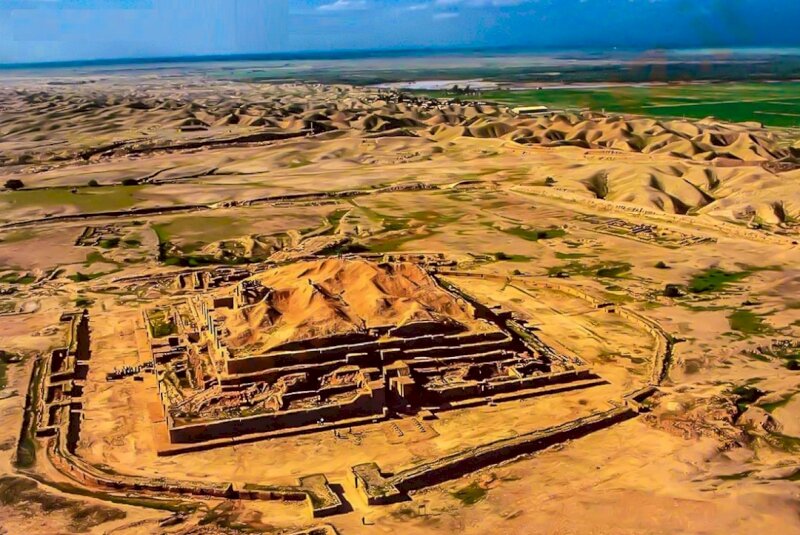 TEHRAN – Following many ups and downs, the construction of a controversial sugar factory within the legal boundaries of UNESCO-registered Tchogha Zanbil, a prehistoric ziggurat in southwest Iran, is now cancelled.

It is decided that, as soon as possible, with the determination of a new piece of land by the provincial general department of Natural Resources and Watershed Management, the sugar factory to be built outside Tchogha Zanbil site, CHTN quoted deputy tourism minister Mohammad-Hassan Talebian as saying on Saturday.

A topmost tourist destination in Khuzestan province, the magnificent ruins of Tchogha Zanbil is considered by many the finest surviving example of Elamite architecture in the globe. It was made a UNESCO site in 1979.

Its construction started in c. 1250 BC upon the order of the Elamite king Untash-Napirisha (1275-1240 BC) as the religious center of Elam dedicated to the Elamite divinities Inshushinak and Napirisha. The prehistoric mud-brick complex bears testimony to the unique expression of the culture, beliefs, rituals, and traditions of one of the oldest indigenous communities of Iran.

The ziggurat overlooks the ancient city of Susa (near modern Shush). Reaching a total height of some 25m, the ziggurat was used to be surmounted by a temple and estimated to hit 52m during its heyday.

UNESCO says that Tchogha Zanbil is the largest ziggurat outside of Mesopotamia and the best preserved of this type of stepped pyramidal monument. Tchogha Zanbil was excavated in six seasons between 1951 and 1961 by Roman Ghirshman, a Russian-born French archeologist who specialized in ancient Iran.

The Coronavirus Pandemic Is Showing Us How Capitalism Is Amazing, and Inadequate