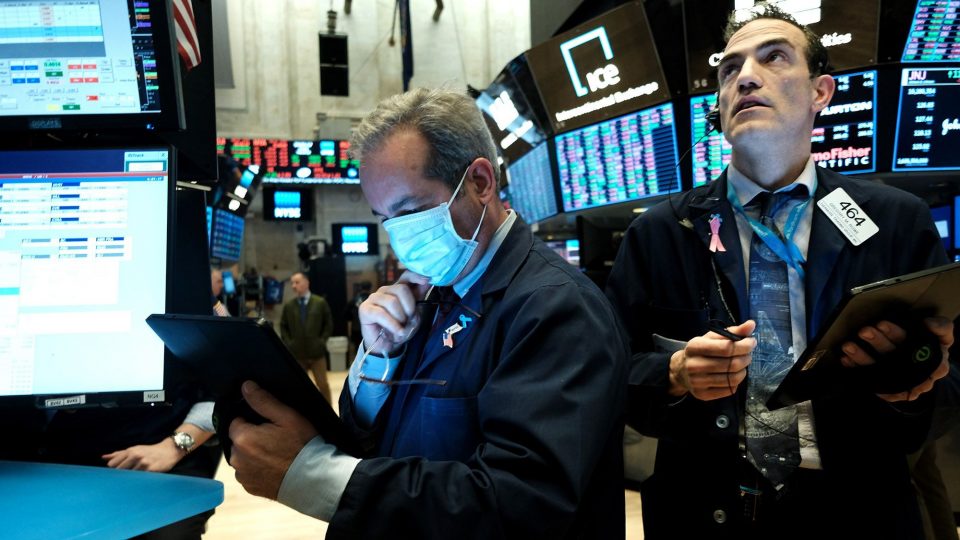 Equity futures are trading to the downside as hopes lawmakers will agree on a new economic stimulus package before the presidential election faded.

The major futures indexes are suggesting a decline of 0.6% when the Wall Street session begins.

Investors will get the latest reading on the labor market with the weekly report on jobless claims. The Labor Department is expected to say the number of claims for unemployment benefits declined to 825,000 last week, down 15,000 from the previous week’s tally of 840,000.

There will be two reports on manufacturing with the Philly Fed’s October index of manufacturing activity for eastern Pennsylvania, southern Jersey and Delaware. The report’s reading is expected to come in at 14, down a point from the prior month.

The New York Fed will deliver its Empire State Manufacturing Survey for October. Watch for a 2-point decline to a reading of 15 from 17 the prior month. A reading above zero means that more manufacturers say business conditions are improving rather than worsening.

On the earnings calendar, results are due from Morgan Stanley, Charles Schwab and pharmaceutical wholesaler and retailer Walgreens Boots Alliance.

Bank of America sank 5.3% after its revenue fell short of analysts’ forecast. Wells Fargo dropped 6% after its earnings were lower than Wall Street expected.

The Associated Press contributed to this article.