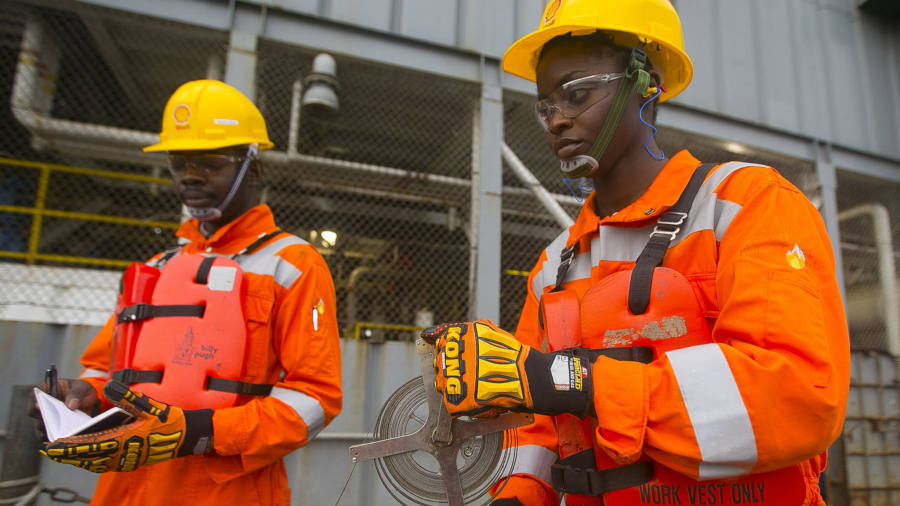 On November 4, President Muhammadu Buhari signed a major oil reform into law — the first in years affecting the country’s most important industry — that will increase the percentage Nigeria earns from each barrel of oil on nearly half of its crude production, bringing in an estimated $1bn a year.

It was a sign that the Buhari administration is taking seriously Nigeria’s desperate need to raise revenue, and seen in many quarters as an inevitable rebalancing: Africa’s biggest oil producer has, as Mr Buhari argues, long been short-changed over its share of deepwater production contracts with oil majors.

“A combination of complicity by Nigerian politicians and feet-dragging by oil companies has, for more than a quarter-century, conspired to keep oil taxes to the barest minimum,” Mr Buhari said in a statement. “Today this changes. For the first time under our amended law, 200m Nigerians will start to receive a fair return on the surfeit of resources of our lands.”

Mr Buhari said the reform marked a “new and beneficial relationship with our oil company partners”. But it comes amid challenging times for the Nigerian oil and gas industry, which provides roughly 90 per cent of the country’s foreign exchange — and analysts warn it could drive investment elsewhere. Resetting the fraught relationship between the state and western oil companies, as well as the country’s reputation for corruption surrounding the poor distribution of hydrocarbon revenues, could prove difficult to achieve.

The royalty rise in part addresses a regulation that allows the government to renegotiate revenue-sharing contracts once oil prices rise above $20 per barrel. Last month, the attorney-general said Nigeria was seeking $62bn in arrears from the oil majors under the criterion, which was met in the 2000s, but neither the government nor the oil companies triggered the renegotiation.

The government has maintained — and some oil executives concede — that contracts struck decades ago are unfair and have called for improved terms.

Gail Anderson, research director at energy consultancy WoodMackenzie, says in a note that the average royalty hike for the government of about 5 per cent was “not as bad as investors feared”. But by increasing the royalty, Nigerian oil projects, already high-risk, become even less economical.

“Although in the short term, the change will deliver the intended increase in revenues for Nigeria, in the long-term it won’t if investors allocate capital to better projects elsewhere,” she adds.

At the same time, Nigerian legislators are promising the passage of long-awaited reforms to overhaul the entire sector. The Petroleum Industries Bill has been floating around Abuja for the best part of two decades, holding back investment into an industry vital to Nigeria’s success.

The bill is meant to make the opaque national oil company Nigerian National Petroleum Corporation (NNPC), an epicentre of corruption, more transparent by breaking it up, establishing an independent regulator and stripping the oil minister of the ability to award, renew or revoke licences.

Nigeria’s relationship with the international oil companies has been strained for more than half a century. The government has struggled to pay for its share of oil production costs while pumping barrels has caused environmental devastation in the Niger Delta.

Amaka Anku, Africa head of the political risk consultancy Eurasia Group, thinks the bill could pass in the next two years because “the incentives have never been more aligned”. Oil majors have generally opposed previous bills in part because “the fiscal reforms would reduce their revenue share”, she says.

But with those production sharing contracts now expiring starting 2023, even the international oil companies are incentivised to get a new fiscal framework in place for the sake of long-term certainty, Ms Anka explains. “Otherwise they will have to negotiate each expiring contract piecemeal and without an overarching legal backing, which obviously makes them vulnerable to the political process if the [All Progressives Congress] loses power in the 2023 election.”

The most recent attempt to pass the reform bill involved breaking it into four parts. The first section, on governance, finally passed the legislature last year. But Mr Buhari refused to sign it, objecting in part because the bill would constrain the power of the president — who has also named himself oil minister — to oversee oil licences and contracts.

A senior executive with a foreign oil company in Nigeria says his business has been summoned to consult on the renewed push to make the petroleum bill law. “It is going to pass,” the executive says.

Ms Anderson says a significant development may be NNPC’s plan to turn its partnerships with oil companies into “incorporated joint ventures”. Such arrangements would involve the dysfunctional national oil corporation becoming typically a minority rather than a majority shareholder in field developments — which would allow the new joint entity to raise financing more easily. “For this model to work, NNPC has to be a minority partner because the financial community won’t want to lend to an entity that has NNPC as a majority owner,” she explains.

The state oil company said earlier this year that it wants to sell down its equity share in joint ventures, from 60 per cent down to 40 per cent. “The operators would be pleased if NNPC reduced its equity in these JVs, but they wouldn’t be pleased if it just replaced that with another cash-strapped company,” she adds.

The state oil company hopes to follow the model of Nigeria LNG, the gas company in which it has a 49 per cent stake, Shell has 25.6 per cent, Total 15 and Eni 10.4 per cent. That company has become a rare bright spot in a moribund industry. This autumn, Nigeria moved closer to a potential $10bn investment in the Train 7 project that will expand its liquefied natural gas plant in the Niger Delta. But few expect such blockbuster projects in the crude sector without a catalyst like the long-awaited petroleum bill and progress in the national oil’s divestment scheme.