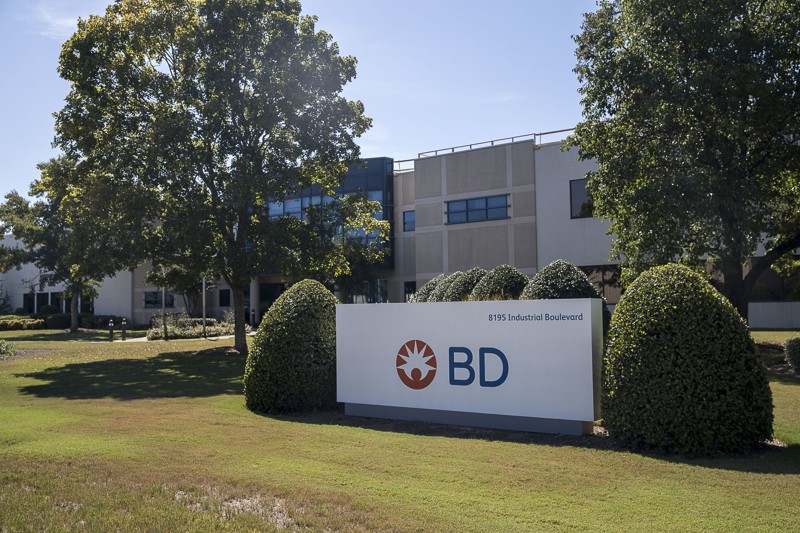 State regulators issued a notice of violation Wednesday to a Newton County sterilization plant after air sampling showed its off-site warehouse could be emitting 5,600 pounds a year of ethylene oxide, a carcinogenic gas.

Becton Dickinson of Covington is one of several facilities across the state that are legally permitted to use ethylene oxide to sterilize medical equipment. Its warehouse is used to store sterilized devices and is separate facility located about a mile and a half from the company’s main sterilization building.

The notice from the Georgia Environmental Protection Division said BD’s warehouse emissions are so high that the company should have obtained a permit for its operations there.

The notice calls on the company to comply with a list of remedial actions, including effectively suspending operations at the warehouse for new product from Dec. 23 to Jan. 6.

It also seeks regular air monitoring near at nearby residences and the closest school.

BD has until Friday, 1 p.m. to respond to the notice. If the company refuses to comply, the case will likely end up in court.

“The Notice of Violation is the first step in EPD’s enforcement process,” the agency said in a statement. “As prescribed by statute, the Notice of Violation’s conditions are not binding unless included in a consent agreement or other order. EPD will evaluate BD’s response … as it considers potential next steps, including assessment of fines or other enforcement actions.”

In October, the two sides reached an agreement for BD to temporarily close after air sampling found elevated levels of the gas in surrounding areas. The plant has since resumed operations, but increased aeration time for sterilized products and implemented additional monitoring per the agreement with the state.

In a letter to regulators dated Dec. 15, BD said air sampling results from inside the warehouse came back “higher than anticipated.” Because gas in the warehouse does not pass through pollution controls, it is considered “fugitive” emissions.

The company previously told environmental regulators that its total 2017 emissions for the sterilization facility alone were 657.4 pounds, including both treated and fugitive emissions.

Based on this most recent sampling, BD estimates the warehouse is emitting .65 pounds per hour—that’s 475.5 pounds a month and 5,694 pounds a year.

Legally, any facility emitting more than 4,000 pounds a year must obtain a permit.

The issue of ethylene oxide emissions exploded in Georgia over the summer after reporting by Georgia Health News and WedMD highlighted potential increased long-term risk of cancer in census tracts near BD and the Sterigenics facility in Cobb County.

Those potential risks were based on a 2018 federal study by the Environmental Protection Agency.

In its’ letter to state regulators, BD said it was already taking action to address the unexpectedly high emissions, including increasing employee exposure monitoring. The company is also pursuing FDA approval for an alternative sterilization process that uses less ethylene oxide, it said.

“We know that more data will be needed to better understand the impacts of product off-gassing,” the letter reads. “We are now putting real world information to parts of the supply chain not evaluated before […].”

“Off-gassing” is the term that refers to aerating sterilized products.

“Ultimately, we expect the company to comply with our requests and do the right thing for Newton County families,” Kemp said.

Covington Mayor Ronnie Johnston he’s glad “the state is on top of it.”

“I don’t think any of us were worried about the warehouse,” Johnston said. “I am just glad … we had the consent order in place and they’re holding [BD] accountable to make sure our community is safe.”

In a statement, BD said it has acted “transparently and collaboratively” with local and state officials, and would respond by Friday’s deadline.

Your subscription to the Atlanta Journal-Constitution funds in-depth reporting and investigations that keep you informed. Thank you for supporting real journalism.

From Nov. 21-22, the average concentration of ethylene oxide in the warehouse was measured at 777 micrograms per cubic meter.

The federal government says that long-term exposure to concentrations over 0.02 micrograms per cubic meter pose an unacceptable cancer risk.