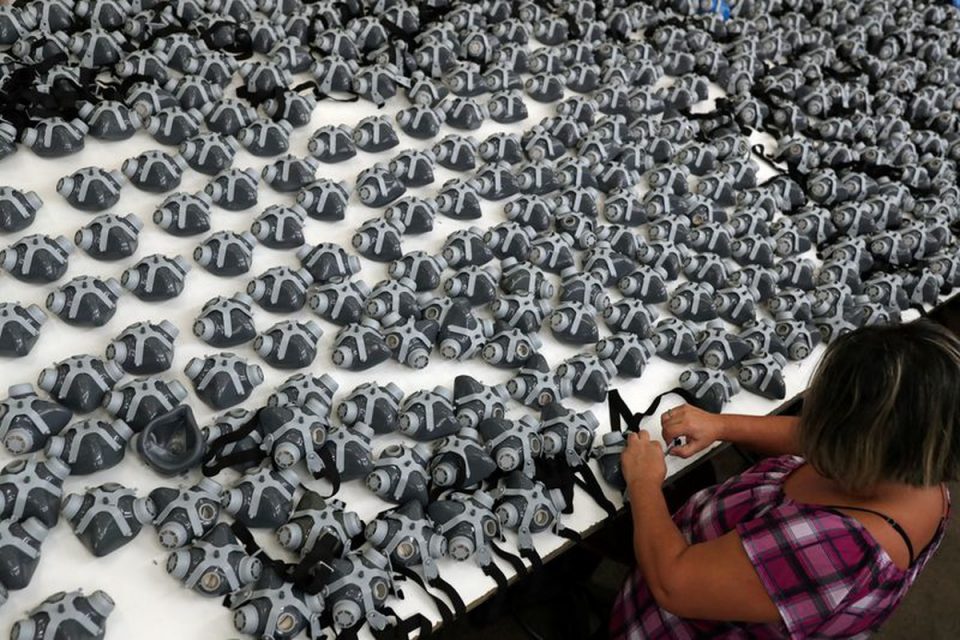 SAO PAULO (Reuters) – The last time Miguel Luiz Gricheno had such sky-high demand for his Brazilian company’s masks was in 2001, during the global scare over anthrax attacks, he recalled.

But the coronavirus outbreak, which has spread across the world, spooking investors and citizens from Beijing to Brasilia, has created demand unlike anything the chief executive of Destra Brasil had ever seen.

“People are going after masks as if they were gold,” he said Gricheno in an interview at his factory in Sao Paulo.

Gricheno said Destra had doubled production to around 65,000 masks a month, but was struggling to meet local demand – and a spate of requests from China and Italy – due to global supply chain problems.

“The demand is immense,” he said.

More than 93,000 cases of the coronavirus have been reported globally, prompting governments to slash economic forecasts and step up preparations for major disruption. So far, Brazil has just two confirmed cases, but nearly 500 suspected cases.

The World Health Organization (WHO) on Tuesday warned of a global shortage and price gouging for protective equipment and asked companies and governments to increase production by 40%.

Gricheno said his nonsurgical masks, usually worn to keep out dust and allergens, typically sold for about 1-1.5 reais (22-56 cents) wholesale, but they now fetch 3-5 reais on the secondary market.

“People always try to make the most of an opportunity,” he said.

Hardware stores may be the better place to find the masks since most people tend to look for them in drugstores, Gricheno said.

Nonetheless, he said mask demand would go through the roof if the virus took hold in Brazil, which has more than 210 million people. Sao Paulo, where he is based, has a population of more than 20 million.

“The numbers are astronomical,” he said.

Already, he added, Destra was struggling to secure components to make masks, with suppliers asking for four to five months to meet orders due to supply chain disruption. Destra has already sold out of masks for the next 30-40 days, he said.

Eventually, a vaccine or treatment will be developed and the panic would subside, Gricheno said, but for now, demand will continue to grow.

Williams urges F1 to be “responsible” regarding coronavirus

Augury, the Israeli AI start-up that detects factory errors ahead of time