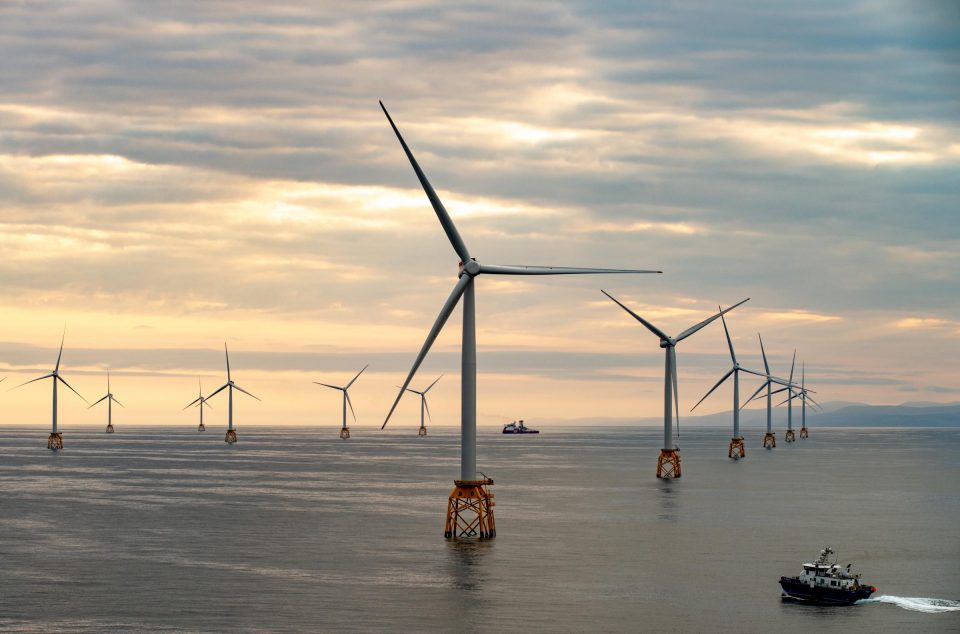 SCOTTISH Hydroelectric owner SSE has said it can play a key part in the green recovery and defended the support it has provided for the supply chain after coming under fire from the Scottish Government.

Economy secretary Fiona Hyslop recently criticised SSE for awarding work on the £3 billion Seagreen windfarm that will be built off Scotland to overseas firms rather than Fife-based Burntisland Fabrications (Bifab).

However, SSE chief executive Alistair Phillips-Davies told reporters the Perth-based group had worked hard to ensure that large and small companies got a chance to benefit from the giant projects it is working on.

“I’m certain that nobody has done more than us to bring supply chain into Scotland and into the UK,” he said.

Asked about Ms Hyslop’s criticism of SSE regarding struggling Bifab, Mr Phillips-Davies said it was hard to comment on a competitive process.

He noted: “One of the constraints that we’ve got is that we have to deliver the cheapest price for the UK consumer and therefore that forces us down these auction routes … If people want different outcomes in terms of content then people need to find ways of supporting businesses or insisting on certain content.”

The Scottish Government has been accused of not providing enough support for Bifab but has said its hands were tied by EU rules on state aid.

Mr Phillips-Davies said SSE is in talks with governments about the potential to establish facilities that could be used for the manufacture of blades and other wind farm components, including one in Scotland. It is thought the plans under discussion would involve companies investing in developing facilities with official support in the expectation that SSE would be likely to award them work, if they charge competitive prices.

Mr Phillips-Davies welcomed the announcement of plans for a green industrial revolution by Boris Johnson. He said these could encourage firms to make the investment required in the renewables supply chain.

SSE expects to treble its renewables output by 2030.

The company reckons it is making significant progress with a £7.5bn investment plan that it said would confirm it as the pre-eminent green energy company in the UK and Ireland.

This will include developing Seagreen off the Angus Coast and the huge Viking windfarm on Shetland. The Dogger Bank windfarm that SSE is developing off eastern England with Equinor is expected to be the world’s biggest.

The company said the work it is doing on these projects will have a real impact in helping the UK to ‘build back greener’. Mr Phillips-Davies said between them these projects have created more than 1,000 skilled jobs.

SSE noted it has not taken advantage of the furlough programme although the fallout from the coronavirus crisis wiped around £115 million off first half operating profits.

Mr Phillips-Davies underlined his confidence that the company will be able to achieve strong growth over the long term by focusing on renewable power generation and related networks.

SSE faced further criticism this week after it was named amongst the first sponsors of the COP 26 climate summit in Glasgow.

READ MORE: Row over choice of SSE as major sponsor for UN COP 26 talks in Glasgow

However, Mr Phillips-Davies said gas would remain an important part of the energy mix, as a cleaner alternative to coal. Gas plants provide firm, flexible capacity to balance the variability of renewables.

SSE said it will only retain other operations where they are highly complementary to its core business and where they contribute to the transition to net zero.

The company is trying to sell the North Sea portfolio it amassed in order to help secure supplies of gas. It said: “Completing a sale has proven challenging not least due to the prevailing economic circumstances.”

SSE is confident its strategy will deliver for shareholders. The company continues to target dividend increases in line with inflation during the current year and in the two following years. It declared an interim dividend of 24.4p per share, up from 24p.

The group’s operating profits fell to £418.3m in the six months to September 30, from £491.9m last time .However, SSE also netted around £260m exceptional gains in total on the disposal of stakes in the Walney wind farm and the MapleCo smart meter business, which were deemed to be non-core assets.

In January SSE sold its British household supply arm to Ovo for £500m.

Donald Brown, senior investment manager at Brewin Dolphin, said: “A ‘green recovery’ from the economic impact of Covid19 and a focus on transitioning the UK economy towards net zero should play to SSE’s strengths.”

He added: “However, the shares remain around 20 per cent below their price at the start of the year and debt is stubbornly high.”

SSE expects net debt to be around £9.5bn at the end of the current financial year, on March 31.