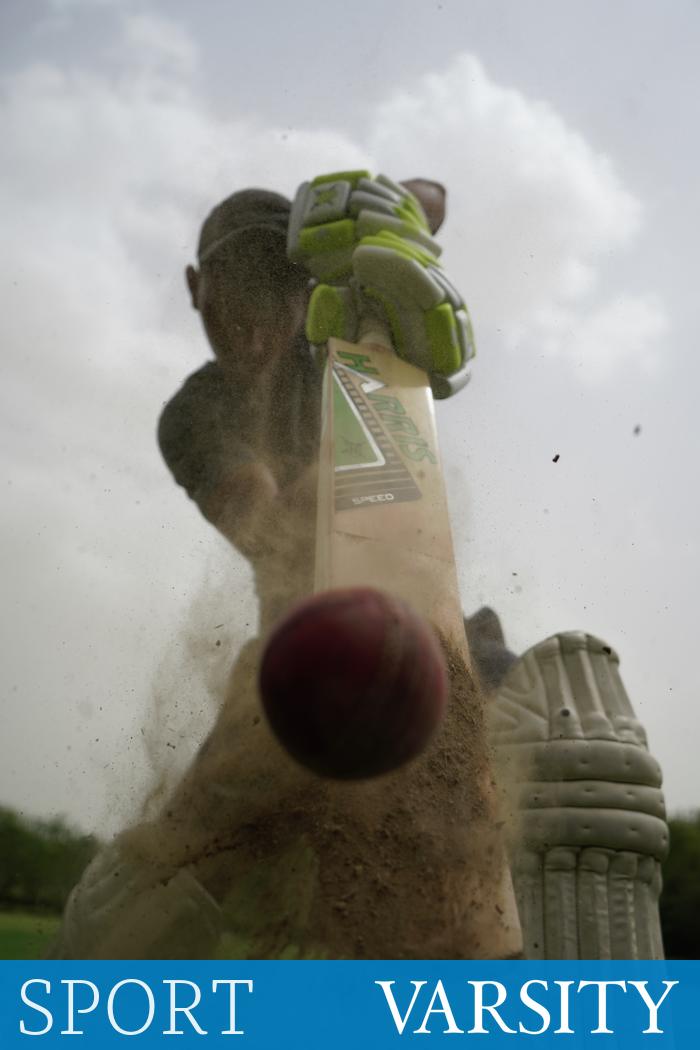 The second test of the England vs Pakistan series in August was one of the most notable cricket matches in recent years on English soils. Not for the excitement of the match (no Ben Stokes heroics this time) but due to sport’s biggest variable: weather. Only 134.3 overs were possible (just under 30% of the total duration) with torrential rain and persistently bad light ruining any semblance of a sporting contest. English cricket watchers are accustomed to rain delays, but this was not the usual interference from a Mancunian drizzle, but the scheming of unrelenting storm clouds creating threatening scenes across the skies. Threatening scenes in August, at midday, in Southampton, England’s ‘sunniest’ city. This was climate change in action.

With every passing season there seems to be a new weather record hitting the news in the UK, with the Met Office stating that each year there is an 11% chance of witnessing the hottest temperatures ever recorded. The summer of 2020 alone has seen one of the most significant heatwaves of the last 60 years (with temperatures exceeding 34°C for six consecutive days) combined with two of the largest storms to shake the country in 50 years in Francis and Ellen. Considering this climate trajectory, an impact on sport is inevitable. A June report by the Rapid Transition Alliance (RTA) outlines some startling new projections for climatic interference on sports, including one quarter of English Football League stadiums to expect annual flooding by 2050, and that the safety of athletes at events such as the Australian Open is at threat due to rising heat and humidity. Crucially, climate change will not only disrupt but change the nature of the sports themselves as changing conditions will affect the way that games are played.

Concerningly, the report indicates that many sports organisers remain oblivious to these threats. Sports leaders have to respond to this issue to ensure a viable future for their game, while professional teams and elite athletes must look to find ways to gain an advantage from changing conditions.

Cricket provides a glaring example; a sport dependent on the weather with umpires getting jittery at the sight of a cloud, concerned about the condition of the ball and the safety of the players involved. Since 2000, 27% of England’s One Day Internationals have featured rain delays, with this rate doubling since 2011. The ferocious disruption this summer provided plenty of time for speculation about how to mitigate these issues with suggested ideas including flexible start times or reserve days to take advantage of good weather, and the use of a pink ball in Tests as a solution to bad light. Following the Southampton washout, flexible start times were temporarily introduced for the rest of the series (aided by no crowds due to coronavirus restrictions) but the ICC needs to rapidly address the feasibility of introducing this type of action on a permanent basis.

A changing climate may also alter the nature of professional cricket itself. For example, a more arid UK climate, coupled with advanced drainage to mitigate the effects of flash flooding, is likely to create drier pitches more suited to spin bowling than their traditional seam friendly conditions. Consequently, the ECB may wish to react by promoting the development of spin bowlers, an area of the English game that is striking by its paucity, or risk losing its competitive advantage on home pitches. Identifying how climate change could affect cricket and finding proactive responses could lead to long term performance benefits.

At the other end of the climate scale, winter sports are reliant on climatic conditions for their viability. The RTA report outlined that by 2050 only 12 of the previous 21 Winter Olympic host cities will be reliable locations for winter sport’s showcase event.  This produces a significant challenge for the International Olympic Committee (IOC) since the relatively small audience for winter sports outside of the Olympics means the quality of the once-every-4-year event is a must in maintaining popularity and revenue for the sports. To do this, serious reviews must be put in place now to identify those cities capable of hosting future games, and ensuring their infrastructure is sufficient.

“The RTA report outlined that by 2050 only 12 of the previous 21 Winter Olympic host cities will be reliable locations for winter sport’s showcase event.”

Similarly to cricket, weather patterns affect the nature of the snow-sports events themselves. Warm temperatures can create slow, wet snow that is difficult for competitors to manoeuvre on, while the deteriorating quality of the ice throughout an event advantages the competitors performing first. Warming and variable conditions change the competitive nature of sports such as downhill skiing and work must be done to ensure a level playing field for all of those competing in the same event.

Although the likes of football and both codes of rugby are accustomed to persisting through inclement weather, they are not protected from the threats. In addition to the findings that 1 in 4 English football grounds will be subject to regular flooding by 2050, three matches at the 2019 Rugby Union World Cup in Japan went un-played due to the arrival of typhoon Hagibis. In the UK, many stadiums are currently unfit for these kinds of extreme weather conditions, with inadequate drainage and lack of under-soil heating limiting their capacity to deal with flash flooding and heavy snowfall. Throughout the coming 30 years, a greater number of professional matches will be postponed due to weather unless infrastructure is improved. The retractable roof on the Millennium stadium in Cardiff provides an example of action that has already been taken and could prove decisive when tournament organisers such as World Rugby decide where to host their major events.

Meanwhile, the structure of the football season means the major games occur in late Spring and early summer, such as the FA Cup and Champions League finals. Within the European leagues, the temperature for these events is consistently rising and matches played in heat exceeding 30°C will become the norm. According to the report, once temperatures exceed 33°C there are significant physiological impacts with hand-eye coordination and concentration beginning to suffer. To adapt to this heat, teams may look to secure an advantage through energy conservation, with those who move the ball and retain possession the best more likely to retain energy better than those whose game is based on a high, fast press. Forward planning for global warming could present a new tactical conundrum for managers.

“According to the report, once temperatures exceed 33°C there are significant physiological impacts with hand-eye coordination and concentration beginning to suffer.”

Climate change will impact every industry and elite sport is no different. The exact outcomes are hard to predict, depending on mitigating action throughout the 21st Century, while the examples provided here offer mere speculation into possible impacts and potential adaptations. Only time will tell the precise nature of what is to come.

Regardless, what is certain is that sports administrators must no longer regard weather as an uncontrollable variable and must consider worst-case scenarios of climate change when planning for the future. Without early intervention, the number of minutes of elite sport lost will only increase, reducing revenues and losing the interest of spectators. Meanwhile, teams and athletes must be conscious of how climate change has the ability to alter the nature of their sports and be prepared to adapt to stay competitive. Those who identify this soonest are most likely to succeed.

We are therefore almost entirely reliant on advertising for funding, and during this unprecedented global crisis, we expect to have a tough few months and years ahead.

In spite of this situation, we are going to look at inventive ways to look at serving our readership with digital content and of course in print too.

Therefore we are asking our readers, if they wish, to make a donation from as little as £1, to help with our running costs at least until this global crisis ends and things begin to return to normal.

Many thanks, all of us here at Varsity would like to wish you, your friends, families and all of your loved ones a safe and healthy few months ahead.