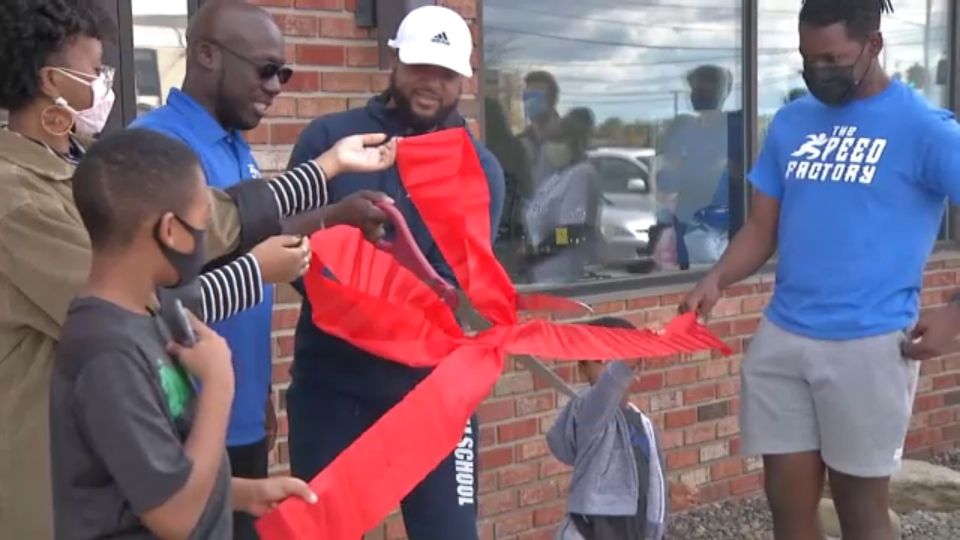 The two opened The Speed Factory on Scottsville Road on Saturday.

Jackson played football at Marshall High School and Syracuse University before playing professionally in Canada and with Rochester’s Arena Football teams. He has his own training facility. Sheffield is the assistant track coach at Penfield and during the summer, runs Maximum Velocity, one of the largest track clubs on the East Coast.

While football and track are specialties of the owners, the objective is speed across any sport. “I’m working with a baseball player now, who, in just a month and a half has cut off half a second off of his 60 meter time, which is what they use to measure baseball players,” says Sheffield.

Both trainers are open to working with kids, ages 5 and up, all the way up to adults just looking to get into shape. They are offering morning fitness classes and looking to hire a yoga instructor. Jackson has worked with receivers at several local high schools, all the way up to Aquinas and Maine grad Earnest Edwards, who competed in the Los Angeles Rams training camp in August, and they aren’t just focusing on the sports themselves.

“If their parents report to me that there’s a problem going on in school, then they (athlete) can still come but they can’t train…making plays on and off the field, that’s our motto,” says Jackson.

High school football players now have a longer off-season, since they aren’t starting until March 1st, so a player like Aquinas senior Tyler Szalkowski, who is also a baseball player, finds getting the extra work in is helping his entire game.

Sony and Kioxia seek US approval to bypass Huawei ban