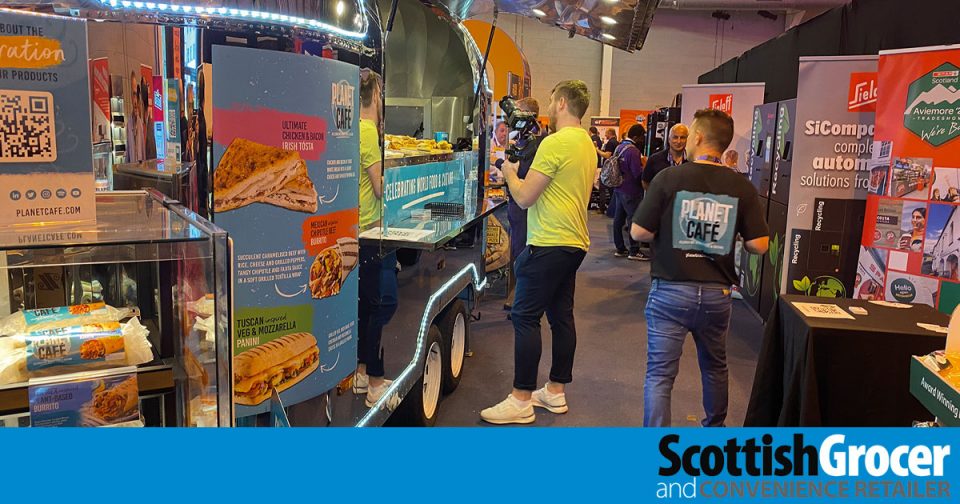 SPAR Scotland’s first in-person tradeshow in more than two years has been hailed a success.

Over 800 delegates thronged to the conference organised by wholesaler and Spar convenience retailer CJ Lang.

And there were in excess of 180 trade stands covering all categories for the gathering at the Macdonald Hotel and Resort in Aviemore on 22 September.

CJ Lang bosses said it was the biggest ever event hosted by the company – selling out weeks in advance.

Spar Scotland chief exec Colin McLean said: “Our 2022 tradeshow has been a great opportunity to engage with our independent retailers, Spar Scotland store colleagues and suppliers face to face.

“We are absolutely delighted with the support we’ve received from suppliers, and the response from our independent retailers and stores has been phenomenal.”

CJ Lang says it has been on an unprecedented journey since 2018, when it embarked upon its 2025 strategy to be Scotland’s favourite community, convenience wholesaler and retailer.

McLean said they couldn’t have got to where they are today without their loyal customers, retailers, colleagues and suppliers.

He added: “The transformation over the last four years has been astonishing. We have achieved four years of profitable sales growth, we have a robust financial platform to build upon, better business alignment, greater consistency of store operations and a great way of working.

“We are also modernising the Spar Scotland store business by securing additional investment and planning. That extends to the modernisation of the brand in Scotland through our partnership with the Scottish FA and regular advertising on STV, all taking our brand to a wider audience across the country.

“We are fully committed to building not only our own business but the Spar stores owned by our independent retailers.”

‘Our silence should not be taken for weakness’

Hygo firms agreement with Pará state distribution company to use the Barcarena Terminal to supply the regional demand for cleaner fuels.