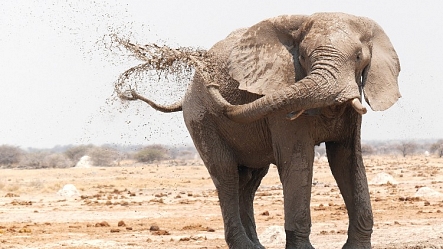 As African leaders, finished their business during the recent Climate Action Summit held in New York, leaders returned home to face the reality of climate change. Climate change has had a devastating impact on the most vulnerable developing nations in Africa.

Agriculture is the most important economic sector in most Southern African countries. It represents approximately 30% of Africa’s GDP and contributes about 50% of total export value of the Southern African Development Community (SADC) region collectively contributing less than 1.3% of the total global emissions. Africa, as a whole, has contributed about 3.4% CO₂ of the total global average, yet it is the most affected continent. The African continent is particularly vulnerable to the impacts of climate change and Southern Africa has not been spared the effects of climate change. This vulnerability is due to a large number of contributing factors; including widespread poverty; recurrent droughts; inequitable land distribution; and overdependence on rain-fed agriculture.

IPCC reports predict reduced precipitation in Southern Africa in the next 100 years. The scientific basis of climate change concludes that globally average surface temperatures have increased by 0.6 +/- 0.2C during the last 100 years. Although adaptation options, including traditional coping strategies, theoretically are available, in practice the human, infrastructural, and economic response capacity to engage timely response actions may well be beyond the financial means of some countries. This vulnerability is because a large share of its economies depend on climate-sensitive sectors, mainly rain-fed agriculture, which is then compounded by widespread poverty, poor infrastructure, high illiteracy rates, over-exploitation of natural resources and tribal conflicts (Shah et al 2008). All these factors, in addition to limited institutional and technological capabilities, have contributed to Africa’s low adaptive capacity.

The continent’s high physical sensitivity to climate change is expected to result in increased average temperatures and more rainfall variability, both of which are going to severely impact people’s livelihoods. Southern Africa is currently experiencing the impact of climate change, manifesting itself through drought and to some extent, flooding. Again, just like other African regions, the challenge with Southern Africa is that it relies on rain-fed agriculture and does not have the adaptive capacity to cope with such severe and compounded climate impacts. Severe drought has continued into 2019, as multiple regions in Southern Africa have seen significantly reduced levels of rainfall.

Southern Africa is a predominantly semi-arid region with high rainfall variability, characterised by frequent droughts and floods. The region has suffered from occasional droughts which often leave the affected areas without adequate food, and in need of external assistance. The period between 1985 and 1995 was disastrous for many rural communities, especially in Zimbabwe, Mozambique, southern Zambia and northern South Africa. Boreholes dried up, making it impossible to grow crops or maintain livestock herds, forcing women and children to walk further and further to collect water to meet their families’ needs. The 1991/1992 drought hit particularly hard, putting more than 18 million people in 10 countries at risk of starvation. Urban dwellers were also affected.

Food production per capita has been falling in most SADC countries. Various factors, including the lack of appropriate inputs, intensified the further utilization of already largely marginal land and the decrease in the area available for crop production and the increasing frequency of extreme climate variability have affected this pattern.

The World Food Programme (WFP), recently reported that in late 2018 and early 2019, many western and central areas experienced the driest growing season in a generation, causing widespread crop failure in Zimbabwe, northern Namibia and southern parts of Angola, Botswana and Zambia. There are 9.2 million people now experiencing “crisis” or “emergency” levels of food insecurity in eight Southern African countries. The number is projected to rise to 13 million early next year, unless timely assistance is provided.

The WFP further reported that a record 45 million people in the 16 SADC nations face severe food insecurity in the next six months. Persistent drought, back-to-back cyclones and flooding have wreaked havoc on harvests in a region overly dependent on rain-fed, smallholder agriculture.

At a glance: Country specific impacts

Botswana has always been experiencing water challenges due to its desert-like conditions. Water has always been a challenge, but the current dryness had reigned havoc on its wildlife. In Botswana wildlife such as elephants has been reported dead due to lack of water.

Eswatini’s hunger crisis is deepening, fuelled by drought, a poor harvest and other socio-economic factors.

Two drought-stricken harvests in succession – cereal production dropped by 36% in 2018 and by 70% this year – have contributed to an alarming surge in severe hunger in Lesotho.

With 25% of families in Madagascar’s drought-prone south are now suffering crisis and emergency levels of food insecurity, up from 20% in July, with acute malnutrition rates still stubbornly high.

In Mozambique, 2 million people have experienced crisis and emergency levels of hunger due to the effects of cyclones and flooding in the centre and north of the country and drought in the south.

Large parts of Namibia have been experiencing severe drought conditions since as far back as 2013. Animals dying in large numbers, leaving many farmers skirting financial ruin, as all reserve grazing grounds have been decimated. More than 40 % of its 2.5 million people are now characterized as severely food insecure.

More than 41 000 cattle have died over ten months, while severe livestock losses are currently being experienced across the country due to the severe drought. More than 60 000 livestock, including 41 949 cattle, 10 377 sheep, 25 651 goats and 584 donkeys have perished due to drought between October 2018 and July this year. About 312 horses have also died.

Drought in Namibia has also led to the rise in stock theft incidences as a result of low water levels in the river. The drought in the Zambezi Region has affected communities, particularly people who own livestock such as cattle and goats. The low water levels in the Zambezi River, has gone down and made it easy for the herders to steal and transport cattle and goats across the river from Katima Mulilo in Namibia, all the way to Zambia.

The Northern Cape Province is currently experiencing persistent drought in all of its five districts. Now below-average vegetation condition is being experienced over most areas, whereby almost 15 500 farms with a carrying capacity of about 613 447 large stock units.

Zimbabwe experienced hostile weather conditions during the 2018/19 cropping season (October-June), including extreme rainfall deficits and the impact of Cyclone Idai. The combined effect of these events caused a steep decline in the area harvested and lowered yields. Consequently, there has been a drop of 40 % below the previous five-year average of maize output. With Zimbabwe enduring its worst hunger emergency in a decade because of drought, flooding and economic crisis.

As of July 2019, Zimbabwe government declared a food emergency at the national scale. The floods caused by hurricane Idai during March 2019 damaged harvests in Zimbabwe, Mozambique and neighbouring regions, enhancing the risks for food security, especially in those areas already affected by drought.

In so many areas, urban areas like Harare, most boreholes have run dry, and this has seen many residents scrounging and queuing for water at any available source. This lack of water access has created conflicts like fighting as women try to fetch their water first before the water dries up. Time taken by women to look for water is now longer than before 20 minutes to 3 hours,  impacting time they are able to give to other tasks.

Moving forward, there is a desperate need to develop effective and appropriate adaptation and mitigation strategies, it is crucial to understand the impact of climate change on different livestock and crops. Therefore, there is a need for the southern African countries to work together and prioritize issues affecting all its citizens beyond sectarian interests.

Sherpard Zvigadza is a seasoned environment and development expert, with special experience in climate change adaptation, renewable energy technology development policy and acting as advisory to civil society and government in Zimbabwe in the areas of climate diplomacy and advocacy. He is also a visiting Researcher at the International Center for Climate Change and Development.

The Spike in Oil-Tanker Rates May Be Over, But a Boom Is Coming