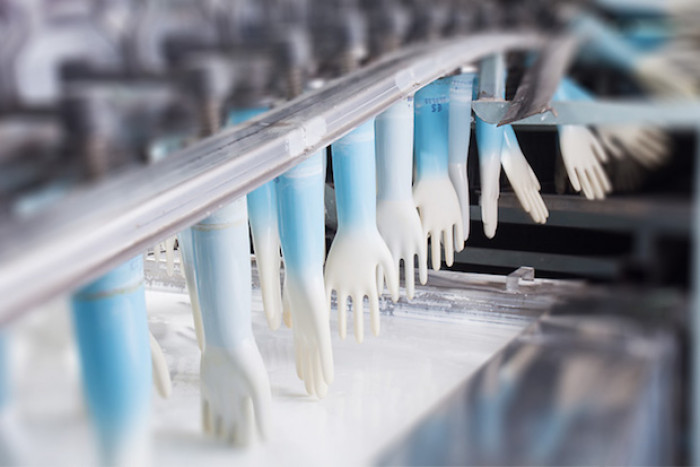 The meteoric rise of a little-known Polish company that manufactures protective gloves in Songkhla provides one of the clearest examples of how the pandemic has changed the world for Warsaw equity investors.

Mercator Medical SA’s shares soared more than 30 times back in the Polish spring as the first wave of Covid-19 infections spurred explosive demand for its products and boosted its sales. Now, as infection rates jump in a resurgence of the illness, Mercator’s market value has doubled again. A 13% surge in the stock on Tuesday means it has risen by more than 6,700% this year.

Along with other biotechnology stocks listed in Warsaw, Mercator has become a barometer for investor sentiment about the virus. Its market value has exceeded 7 billion zloty (56 billion baht) for the first time, making the operator of a latex gloves factory in Ratthapum district of Songkhla province more valuable than Commerzbank AG unit MBank SA, Poland’s fourth-largest lender.

Mercator said in a preliminary earnings announcement after the market closed Tuesday that third-quarter net income leaped to 356.2 million zloty, an increase of 70% from the previous three months, and compared with just 1.3 million zloty a year earlier. Sales rose more than four-fold year on year.

MBank’s downward trajectory began earlier, after Poland introduced a new levy on lenders’ assets in 2016, and as growing ranks of customers filed lawsuits over disputed clauses in Swiss-franc mortgages. The setbacks dulled the allure of a bank regarded as technologically advanced and boasting faster expansion than its peers. MBank has one of the sector’s highest exposure to foreign-currency home loans.

This week’s arrival of e-commerce platform Allegro.eu SA following a record initial public offering delivered a further blow the lender’s standing. Mbank dropped 5.7% on Tuesday following the Warsaw bourse’s decision to exclude the stock from its WIG20 benchmark index. It will make space for Allegro, newly crowned as Poland’s most-valuable company, as of Oct 15.

How Does Card Factory’s (LON:CARD) P/E Compare To Its Industry, After Its Big Share Price Gain? – Simply Wall St News