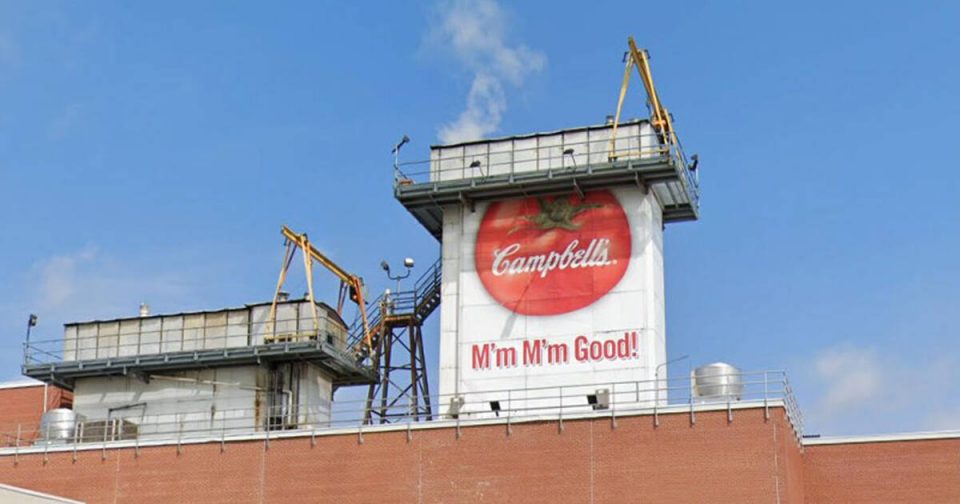 The Campbell Soup factory is officially no more.

Demolition is now underway of the 89-year-old manufacturing facility in Etobicoke, which announced its closure in 2018 and closed officially in summer 2019.

Marking the end of a canned soup era in Toronto that spans back to 1931, the slow taking apart of the building by construction workers was filmed by local Anthony Aquan-Assee.

The video is just a small snippet, but it holds decades of history for the Etobicoke-Lakeshore community, where generations of residents worked at the plant.

It follows another iconic Etobicoke building, the old Mr. Christie’s cookie factory and its water tower, which was demolished in the last few years.

People who used to live or drive by the soup factory at 60 Birmingham St. will miss the variety of smells that emitted from the facility.You’d catch a whiff of asparagus, or chicken noodle, or tomato soup, depending on the day.

The closure of the Campbell factory saw 380 people laid off. According to President Ana Dominguez, the building simply couldn’t be retrofitted into something new and economically viable.

There are now plans to redevelop the site into a series of warehouse spaces.

India: 43 People Killed in a Fire in Factory in Delhi – Democracy Now!