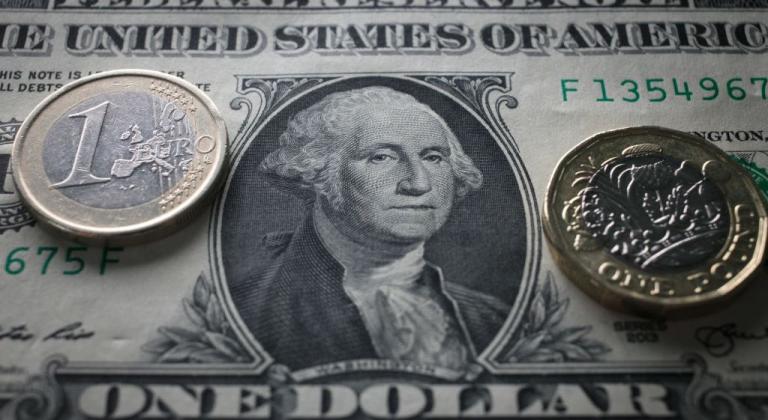 US markets finished a fairly quiet session slightly higher yesterday, with most attention on events in Washington and the attempts to impeach President Trump, which, whether they are successful or not are unlikely to have that much effect in which way markets move next.

The main focus remains on the new US administration’s fiscal program which we should get more detail on later this week when President elect Biden is expected to set out his stall from a policy priority standpoint.

The recent rise in US yields, as well as inflation expectations has prompted an expectation that the Fed might well have to tighten a little quicker than markets are currently pricing. These concerns have been addressed in the last 24 hours by the likes of the Boston Fed’s Rosengren and St. Louis Fed President Bullard who both insisted that it would be while before the Fed even considered going down the tapering route. This has the effect of pulling the 10-year yield down from its peaks of 1.1855% yesterday, and close lower on the day.

Asia markets have been similarly subdued in the face of rising coronavirus cases in Japan, with the Japanese government expected to extend restrictions to more areas of the country in the coming days. This increase in restrictions also appears to be extending to certain areas of China, which thus far has avoided a second wave, but could be on the cusp of experiencing another widespread outbreak.

It’s been a slow start for markets here in Europe with a fairly flat open, as the early New Year exuberance of last week has given way to a little bit of caution ahead of any announcement on additional detail on the new US administrations fiscal plans.

The FTSE 100 is holding steady, supported by the likes of BP and Royal Dutch Shell, with oil prices steady at 10 month highs.

The various lockdown restrictions of the last few weeks have been good for the likes of Just Eat Takeaway, which has seen Q4 total orders rise by 57%, with its UK operation seeing a rise of 58%.

Delivery orders in the UK saw a Q4 rise of 387% compared to the same period in 2019, while it has been a similar story in the rest of the world, with a 221% rise in orders compared to a year ago.

For the full year, management say they expect revenue growth of more than 50%, with an upper estimate of €2.4bn, with an adjusted EBITDA margin of 10%.

With respect to the GrubHub acquisition all regulatory approvals have been obtained with the transaction expected to complete in the first half of this year.

Persimmon is the latest house builder to announce a decent set of numbers for its most recent quarter, with new home completions running slightly below the levels of last year at 13,575.

Average selling prices on the other hand have risen slightly to £230.5k, however that hasn’t been enough to prevent a slight drop in revenues to £3.33bn. Forward sales on the other hand are running well ahead of last year at £1.69bn, helped largely by buyers looking to get in ahead of the expiry of the stamp duty holiday at the end of March.

The resilience in the construction sector has also manifested itself in a decent performance for builders merchant Howden Joinery which upgraded its profit expectations for its full year profit to £185m, sending the shares to one year highs in early trade this morning.

High street bookmaker William Hill, which is in the process of being swallowed up by Caesars Entertainment for 272p has had a tough year, with net annual revenue falling 16% to £1.32bn, largely as a result of the halting of live sport in the early part of the pandemic. The Q4 numbers are more encouraging with total net revenue rising 9% year on year, helped by its US operation, which saw a strong on-line performance.

We’ve heard a lot about how well on-line clothing retailers have performed over the past 12 months and the performance of ASOS has been no different, with the shares up over 350% from their March lows, and trading higher again this morning after a positive trading update. Total retail sales for the four months to the end of last year rose 24%, with the UK market posting the best numbers with a rise of 36% to £554.1m. Its US operations saw a more modest rise of 17%, while active customers saw an increase of 1.1m to 24.5m.

While the increase in sales has been positive, the company’s costs have risen sharply due to increased freight and Covid related costs, pulling the gross margin down by 90bps. Nonetheless, despite this rise in costs, full year profits are expected to be at the top end of expectations, with an unchanged outlook for the rest of the year.

In M&A news, across the Channel, Canadian convenience store operator Couche Tard has said it is in talks to acquire French supermarket chain Carrefour. No sums have been mentioned but Carrefour currently has a market cap of around €12bn.

The US dollar slipped back yesterday, along with softer yields with the pound being the main beneficiary after some fairly lukewarm comments from Bank of England governor Andrew Bailey about the prospect of negative rates, helped push the pound back close to the 1.3700 area against the US dollar. This remains a key area for sterling, along with the 0.8860 area against the euro. A break through these key levels could well see further strong sterling moves higher in the short to medium term.

US markets look set to open modestly higher, as US treasury yields slip back from their recent peaks, and Fed officials push back on the prospect of an earlier than expected taper.

On the data front the latest US CPI numbers for December are expected to show headline inflation edging up to 1.3%, with core prices steady at 1.6%.

We’ll also be hearing from a couple of Fed officials with vice Chair Richard Clarida due to speak after the release of the latest Fed Beige Book of economic conditions around the country. Before that Lael Brainard, who was touted as a possible Treasury Secretary appointment last year, is also due to speak about the economic outlook at an online event hosted by the Canadian Association of Business Economic.

General Motors shares rose to a record high yesterday, after the US car maker said it was looking to launch an electric van later this year. The van is part of a $27bn investment plan in electric vehicles by 2025.

Social media companies also fell for the second day in succession yesterday, as concerns over a regulatory clampdown and frothy valuations sent Facebook to its lowest level since September last year, while Twitter shares also fell back. The likes of Snap and Pinterest, on the other hand, appear to be benefitting from the woes of their bigger rivals, the shares of both closing at record highs.

My 3 Favorite Chinese Stocks for 2020