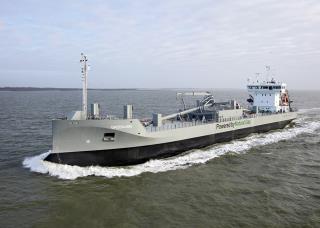 This week, we are taking a look at the rising costs of dry bulk freight and the resulting impact on the cement industry.

Earlier this month, the Baltic Dry Index, a global indicator of bulk freight rates, reached 5670, marking its highest level since September 2008. Dry bulk rates on the whole have been steadily rising with spot rates for large dry cargo ships, such as Capesize, topping US$80,000 a day in the opening week of October – up 50 per cent in just two weeks. Much of the rise is being driven by coal price hikes amid the global energy supply deficit, which has led the price per tonne of freight across major coal routes to a 12-year high.

Also causing the rising freight rates are stringent COVID-19 protocols at a number of ports, alongside a thin newbuilding order book which is expected to cause ship supply to remain tight for some time. 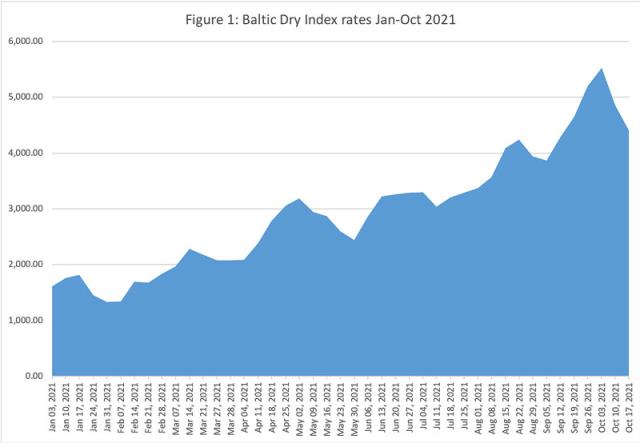 The resulting impact on cement producers has been severe. Most cement producers that have reporting profits during the 3Q21 have been doing so in spite of the freight rates. While for those who have seen a decline, it has been a significant contributing factor. Only this week, Dalmia Bharat saw a 10 per cent decline in net profit as a result of cost pressures and seasonal market weakness. In its report, it saw a 46 per cent YoY rise in freight charges during the quarter under review.

Rachid Yousry, CEO of LafargeHolcim Côte d’Ivoire, also noted that unprecedented increases in the prices of sea freight had sent the price of clinker in the international market up by 80 per cent. Additional clinker storage costs due to congestion in the Autonomous Port of Abidjan has only made the matter worse. So far, the producer has avoided price increases due to adjustments at plants, the acquisition of loading docks at the port and diversification of raw materials.

However, for some cement producers, the only option has been to increase prices. Cimtogo, a Togo-based subsidiary of HeidelbergCement, announced a price increase earlier this month to CFA79,000/t (US$139.80/t) at its Lomé plant and CFA81,000 at Kara. According to the company, this is due to an increase of more than US$35/t in sea freight on gypsum and coal.

In Europe the rise in sea freight rates and a closure of inefficient cement capacity should both reduce the influx of cheap imports and lessen excess supply. Both of which could allow cement manufacturers to pass through increases in selling prices, according to Jean-Christophe Lefèvre-Moulenq, CIC Market Solutions (France).

Although some markets cannot sustain a price rise. HeidelbergCement Bangladesh says that it is unable to increase cement prices due to intense competition in the local market, despite incurring a loss in the 3Q21 due to rising raw material and freight costs.

The mounting cost pressures in both freight and fuel have necessitated a lean into increasing operational efficiencies in areas of plant operations, such as logistics and energy efficiency, with this expected to only increase in importance.

Energy reduction webinar
Cemtech will be hosting a webinar on Energy Reduction on Wednesday, 3 November, taking a look at how producers can improve their energy management practices among other important topics. Register here: https://us02web.zoom.us/webinar/register/WN_KpD8dbwNTNmCLy3Q_xRo_Q