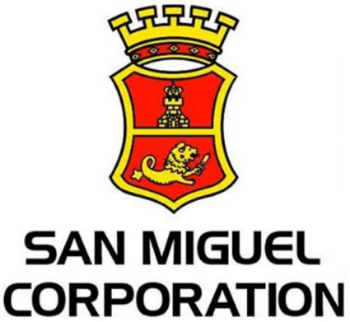 The House of Representatives on Monday approved on third and final reading a measure granting congressional franchise to conglomerate San Miguel Corp. to build and operate an international airport in Bulacan.

Under the bill, the franchise shall be in effect for 50 years, inclusive of the 10-year maximum period for the construction of the airport and the Airport City.

During the 10-year construction period, the grantee shall be exempt from any and all direct and indirect taxes, including income taxes, value-added taxes, percentage taxes, customs duties and tariffs, business taxes, franchise taxes, and supervision fees.

Under the profit-sharing agreement in the franchise bill, the grantee shall be entitled to generate income from the Airport City equivalent to a project Internal Rate of Return (IRR) of 12 percent per annum.

Any amount in excess of the 12 percent IRR of the Airport City shall be remitted to the national government.

Albay Rep. Joey Salceda, chairman of the House Ways and Means Committee, said the project would be beneficial with the PHP740-billion infrastructure investment that “come(s) entirely out of the private sector’s hands”.

“This is probably the biggest single-item investment in the country’s history. San Miguel is a Filipino company that has kept nearly all of its money here, to develop this country,” Salceda said. “They are doubling down on their commitment to Philippine development with this investment. I want the airport to happen on fair and equitable terms.”

Meanwhile, the Bureau of Customs – Ninoy Aquino International Airport has launched an information campaign to properly guide the public on claiming parcels and protect them from being scammed online.

On Monday, the agency started distributing fliers and other information materials to stakeholders aimed at providing them the guidelines on processing and claiming of parcels from Customs’ Central Mail Exchange Center in Pasay City.

The materials also contain information about the proper way of filing up the postal declaration form, ways of tracking parcels, Customs processes and steps in case the parcel is subject to duties and taxes or needing permits for regulated items.

The fliers include warnings on scams made by unscrupulous individuals where one is lured to pay supposed charges to release the parcels or packages sent by a chatmate. It also contains Frequently Asked Questions which provide information on common issues and concerns.

NAIA district collector Carmelita Talusan said providing necessary information to stakeholders is important as such would ensure a quicker and more efficient process in the Bureau of Customs.

“The Port of NAIA remains one with the rest of the bureau in developing more initiatives to provide information to the public and promote ease of doing business as processes are geared more towards the promotion of zero contact and automation,” she said.

Last month, Talusan’s office warned the public of a syndicate engaged in a “package scheme”, using NAIA and the Bureau of Customs in the illegal activity.

Customs has been receiving reports about the scheme through online, email, text message and calls.

Scammers are using dummies or fake accounts in social media, emails, text messages or phone calls to lure victims. Some would even use the name of Customs bureau and pose as employees.

They usually get in touch with prospective victims online via chat or dating websites. After several weeks or even months, the perpetrators would send a message to their victims through email, promising to send gifts ranging from luxury bags, jewelry, laptop computers and other electronic gadgets via international door-to-door parcel.

Investigation showed that victims are duped to pay duties and taxes for the release of the package through money remittance or personal bank accounts. Bogus receipts, tracking numbers of packages and other documents are also sent to the victims to make the transaction look legitimate.

The scams can also be sophisticated at times, involving fake tracking website of the said courier/freight forwarder where victims would be asked to visit and see the status of the supposed parcel.

The Customs bureau reiterates that it solely assess duties and taxes on parcels and such may be paid on a cash basis through the courier/freight forwarder upon delivery at doorstep or pick up the parcel at the nearest local branch.

The duties and taxes can only be collected through accredited agent banks and not through personal bank accounts or other money transfer services. With PNA

COMMENT DISCLAIMER: Reader comments posted on this Web site are not in any way endorsed by Manila Standard. Comments are views by manilastandard.net readers who exercise their right to free expression and they do not necessarily represent or reflect the position or viewpoint of manilastandard.net. While reserving this publication’s right to delete comments that are deemed offensive, indecent or inconsistent with Manila Standard editorial standards, Manila Standard may not be held liable for any false information posted by readers in this comments section.

Insights on the Retail and Wholesale Global Market to 2030 – Identify Growth Segments for Investment – ResearchAndMarkets.com

Impact of COVID 19 on Global Distribution and Transportation