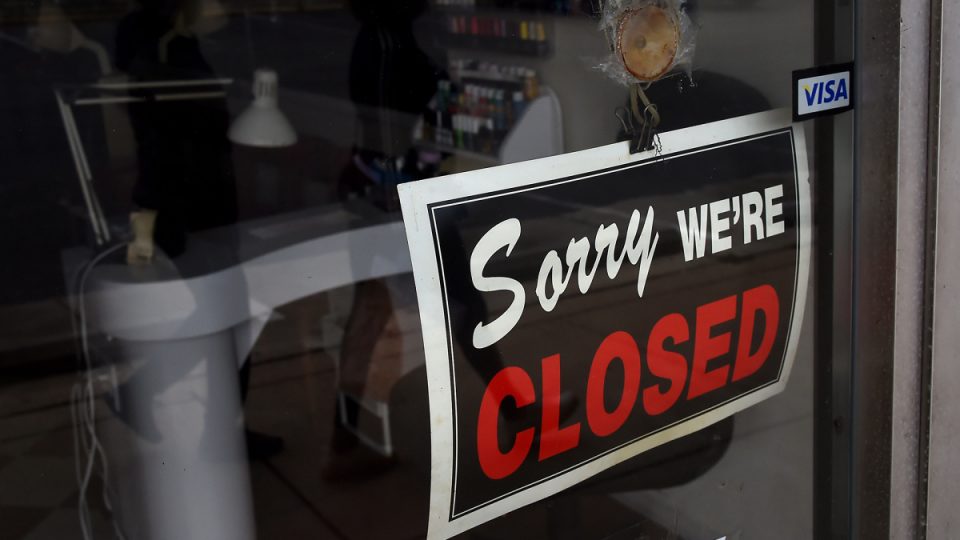 Small business optimism is at a seven-month low, according to a survey from the National Federation of Independent Business released Tuesday.

Fewer companies are looking to expand, sales expectations are down and, despite the fact that borrowing money is really cheap right now with interest rates near historic lows, only 3% of businesses say they’re interested in taking on additional debt.

Back in 2018, Sophie Blake took out a business loan for her Virginia-based jewelry store because, she said, she was feeling good about the economy.

“And I was very aggressive. I was very excited,” Blake said. “We did a big renovation of our store. I felt confident at the time that we would be able to pay it back.”

Right now, she’s not so confident. Blake’s store now has a government disaster loan on its books, and it’s borrowed from the Paycheck Protection Program.

Blake said the idea of taking out a loan to expand her business like she did in 2018 is out of the question.

“I’m not sure if we’re going to be around at the end of the year if things go the way they’re going,” she said.

And that’s why most businesses don’t want to borrow any money right now, said Bill Dunkelberg, chief economist at the NFIB.

However, some companies are taking advantage of the lowest interest rates we’ve seen in a long time.

“So, the banks I’m familiar with are doing a lot of lending to small construction firms, to build one or two or three new houses, some bigger construction projects like a Dunkin’ Donuts, or small hotels,” Dunkelberg said.

At the Bank of Southern California, CEO Nathan Rogge has been looking to make loans to businesses in other industries.

“Industries that are associated with the internet [or] anything that’s medical,” he said. “We’re looking at distribution, wholesalers — all doing relatively well.”

Rogge said those are all businesses that have valuable collateral and pretty solid cash flow, considering. That’s two things a lot of other businesses don’t have right now.

What’s the latest on direct payments for Americans under the COVID relief package from the U.S. government?

The Treasury Department has already started sending out the new round of pandemic relief payments. The IRS says it started making direct deposits into some people’s bank accounts as of the last week of December. People who don’t have a bank account on file with the agency can look forward to getting either a paper check or a prepaid debit card in the mail. The cards have some advantages over paper checks — but some drawbacks, too.

How are retail pharmacies like CVS and Walgreens planning for vaccine distribution to the general public?

Eventually vaccines will be available for everyone at retail pharmacies. Preparing for that is a huge logistical and staffing challenge. Chains will have to predict how high demand will be at each store so they don’t end up wasting doses. They’ll also have to keep track of everyone getting two doses for the vaccines that require it, hire thousands of workers that will have questions about how long they can expect to remain employed and make space in stores so people can line up safely while they wait to be vaccinated.

Which essential workers should be prioritized for vaccines?

Front-line health care workers and residents of long-term care facilities are getting the shots first, in line with guidance from the Centers for Disease Control and Prevention. Essential workers will be considered next, but with limited vaccine doses and a lot of workers considered essential, the jockeying has already started over which ones should go to the front of the line: meatpacking workers, pilots, bankers and ride-share drivers among them. The CDC will continue to consider how to best distribute the vaccine, but ultimately it’s up to each state to decide who gets the shots when.

As a nonprofit news organization, our future depends on listeners like you who believe in the power of public service journalism.

Your investment in Marketplace helps us remain paywall-free and ensures everyone has access to trustworthy, unbiased news and information, regardless of their ability to pay.

Donate today — in any amount — to become a Marketplace Investor. Now more than ever, your commitment makes a difference.

Missing From State Plans to Distribute the Coronavirus Vaccine: Money to Do It